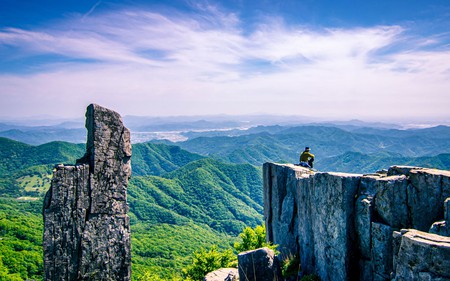 From Squid Game to BTS, South Korea has major pop-culture creds. But visit this compact Asian nation and, in fact, you’ll find its diversity staggering. Beyond the cool capital Seoul, you’ll also get epic palaces, ancient temples and thriving traditional markets. Throw in some stellar mountain scenery and a cherry blossom season to rival Japan’s, and there really is something for everyone.

What’s the vibe for solo travellers?

Compact and with good rail and bus connections, South Korea is a brilliant spot for solo travel. There are plenty of reasonably priced hotels to suit solo budgets. While English is not always spoken, people are helpful and welcoming. In Seoul, the subway network is efficient, clean and inexpensive, so there’s little need for taxis. Solo female travellers shouldn’t experience any undue hassles. Just exercise the same caution you would in any unfamiliar place. 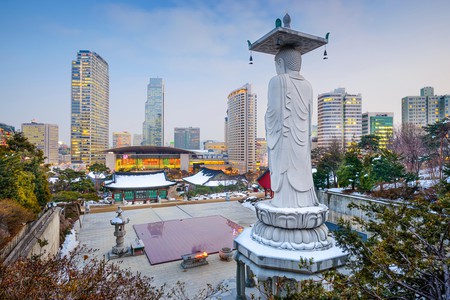 You can do South Korea in as little as a week – but with 10 to 14 days you’ll be wowed, from the capital’s buzz to the historic countryside and the beachy coast. Start and end in Seoul, with shopping, karaoke and glitzy dining around the Gangnam area. Don’t miss the epic royal palaces, some of the most ornate of any Asian capital.

Now head to see the tombs of Silla dynasty kings in the ancient capital Gyeongju, home to the most important temples – Bulguksa is on the Unesco World Heritage list. End up in Busan. It’s half beach resort, half working port, and another insight into South Korea. Got more time? Hit scenic Jeju Island for hiking and beaches.

South Korea has four distinct seasons, from biting winters to steamy summers. Spring and autumn are ideal – the former for cherry blossoms and the latter for colourful leaves.

You’ll find many recognisable international chains in cities, as well as home-grown winners – try Shilla Stay, one of the best boutique hotels in Seoul. Slick apartment-style hotels are also popular, particularly in Seoul, where they proliferate near business districts. Looking for traditional local character? Book into a photogenic hanok Korean home: typically with curved tiled roofs and wood frames, they are simple but atmospheric with sliding doors, a yo floor mattress and heated floors. Meals are sometimes included – and for South Korea solo travellers they’re hugely welcoming.

For more places to stay, check out our guide to the best hotels in South Korea. 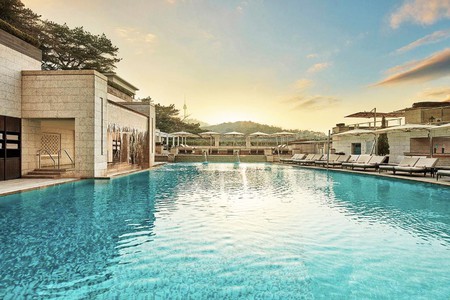 After a busy day of city sightseeing, take a refreshing dip in the pool at Shilla Seoul | Courtesy of The Shilla Seoul / Expedia

What to see and do in South Korea

Whether you want a full-on modern city holiday or you’re desperate to immerse yourself in nature, you can find the holiday of a lifetime in South Korea. For our money, no trip is complete without a taste of these top experiences…

It’s a busy capital by day – at night it really lets its hair down. Crowds pour into the streets of neon-splashed Hongdae for all-night karaoke (known locally as noraebang), where hi-tech song machines will even rate your performance. Preface the singing session with fried chicken and beers at one of the surrounding bars and restaurants. 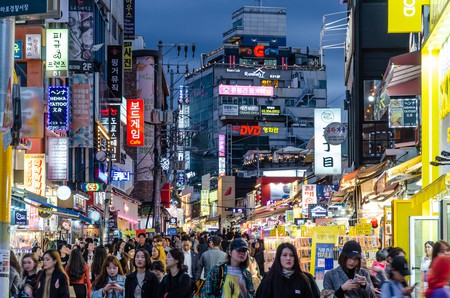 From ancient royal tombs to the Unesco-listed Bulguksa temple, Gyeongju is considered the historic cultural capital of South Korea. The must-visit sights are spread out, so to see them efficiently – and to get the lead from an expert guide – connect them on a cycling tour. That should have you nice and hungry for a traditional Korean meal before visiting an illuminated palace by night.

A visit to Gyeongju features on Culture Trip’s 10-day tour of the country, Pulsating Cities and Majestic Mountains: the Soul of South Korea. 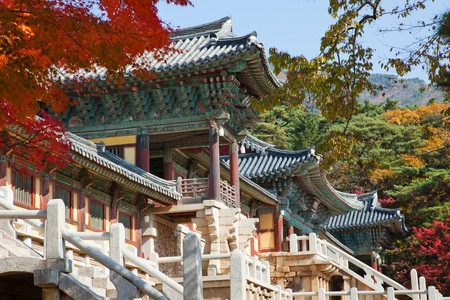 Visit the markets in Busan

Set on the Sea of Japan, Busan – South Korea’s second-largest city – teems with thriving markets where traditional wares are arrayed alongside contemporary must-buys. Tour the waterside fish market, Jagalchi, brimming with fresh and dried fish of every description, then explore nearby Gukje Market for a whole range of clothing and homewares. Come nightfall, make for the alleyway food market of beachy Haeundae, popular with crowds seeking their fix of freshly grilled eel. 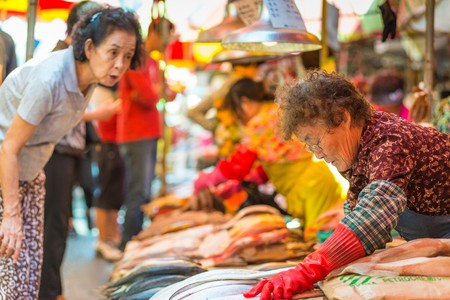 Eating and drinking in South Korea for solo travellers

Nationwide, expect a lively dining scene, and specialities you won’t find anywhere else. Among the most popular is Korean barbecue, a DIY affair – you cook your own meat on a table grill, to devour alongside banchan (side dishes including pickles, salads and fermented kimchi). Another favourite is Korean fried chicken, normally washed down with plenty of draft beer or rice wine. In markets or casual restaurants, you’ll find tteokbokki (spicy rice cakes), savoury pancakes and hearty stews. Among the quirkier options is budae-jjigae, or “army stew”, a mashup of Korean and American ingredients including Spam, baked beans, kimchi and instant noodles. You’ll either love it or hate it. 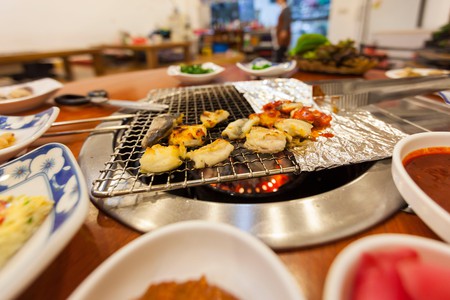 Getting around in South Korea

You only need a car if you want to visit smaller villages or get off the beaten track – you’ll need an international driver’s licence and should be adept at driving on busy roads. Otherwise, the tourist hubs are reachable by public transport – South Korea has an efficient train and bus network. For example, by train it takes two to three hours to get from Seoul, in the north, to Busan in the south. Travelling to Jeju Island? You’ll need to take an onward flight or a ferry from the mainland. 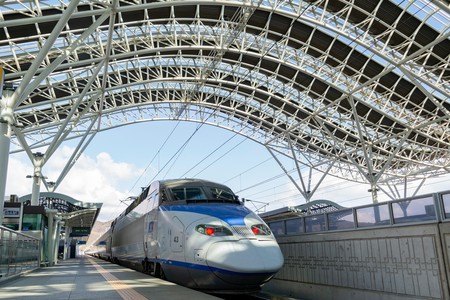 Google Maps is ineffective, especially when trying to plan routes. Instead, try Citymapper or local app Naver. Seoul is a spread-out city and, while the subway network is good, stations can be far apart – minimise your travel time by basing yourself near a well-connected hub.

Tipping is generally not expected in South Korea – in some cases, it can even cause offence. Unless your guide or restaurant makes it explicit that they accept them, don’t leave one.