The Most Beautiful Places to See Cherry Blossoms in South Korea

Taking in the beauty of Korean spring | © Tosia Bukowska / GoodFreePhotos
One of the most popular events in South Korea is the magnificent cherry blossom festival. Marking the transformation from winter to spring, there are a number of destinations across the peninsula where visitors can wonder at the beauty of the beotkkot, or cherry blossom, and soak up some spring sunshine at the same time. Here are some of the best.

Perhaps the most popular place to see the cherry blossoms in all their glory is in the small military port of Jinhae near Korea’s south coast. Once a year, usually in early April, the city hosts thousands of tourists at its Jinhae Gunhangje Festival, the largest and most famous of the country’s cherry blossom festivals. In addition to the spectacular displays of cherry blossom trees, the festival also gives visitors the opportunity to tour a replica of one of Admiral Lee Sun-Shin’s famous turtle ships, a Korean warship that was used by the Royal Korean Navy from as early as the 15th century. 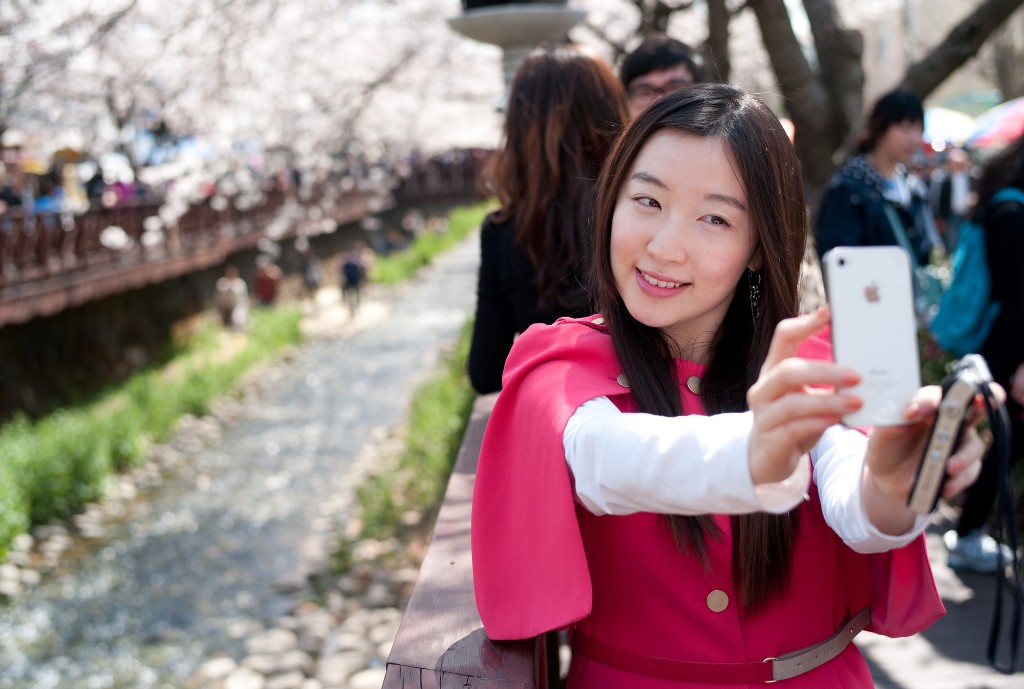 Situated in the foothills of Jiri Mountain, Hwagae is about as rural and isolated as Korea gets. When April arrives, the region becomes blanketed in a snow of white and soft pink. The highlight of the festival is the “10ri Cherry Blossom Road,” a romantic, four kilometer long stretch of cherry blossom trees. It is also known by locals as “Marriage Road,” as it is said that lovers who walk hand-in-hand under the trees will get married and live happily ever after. 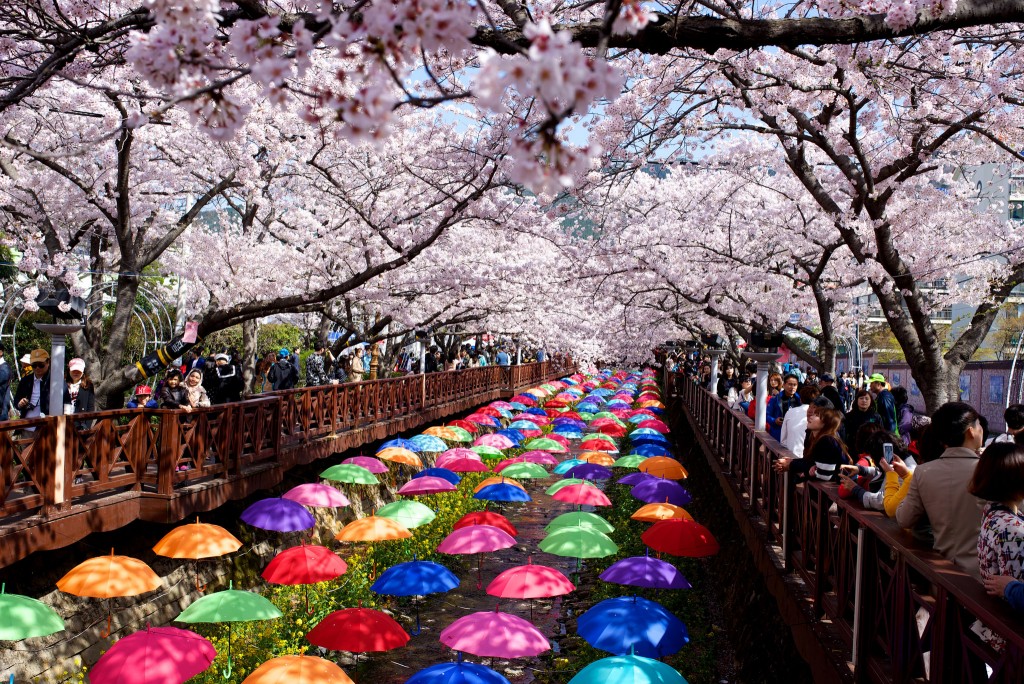 Although Korea’s “museum without walls” doesn’t have a dedicated festival to celebrate the cherry blossom, the city of Gyeongju is still a great place to see the beloved flower. The city’s unique landscape, made up of giant tumuli, or ancient, grass-covered royal tombs, provides a colorful contrast to the blooms, while the trees make the beautifully preserved historical artifacts that dot the city even more picturesque than usual. To experience the best of Gyeongju in spring, rent a bike from one of the many rental shops near the central bus terminal. 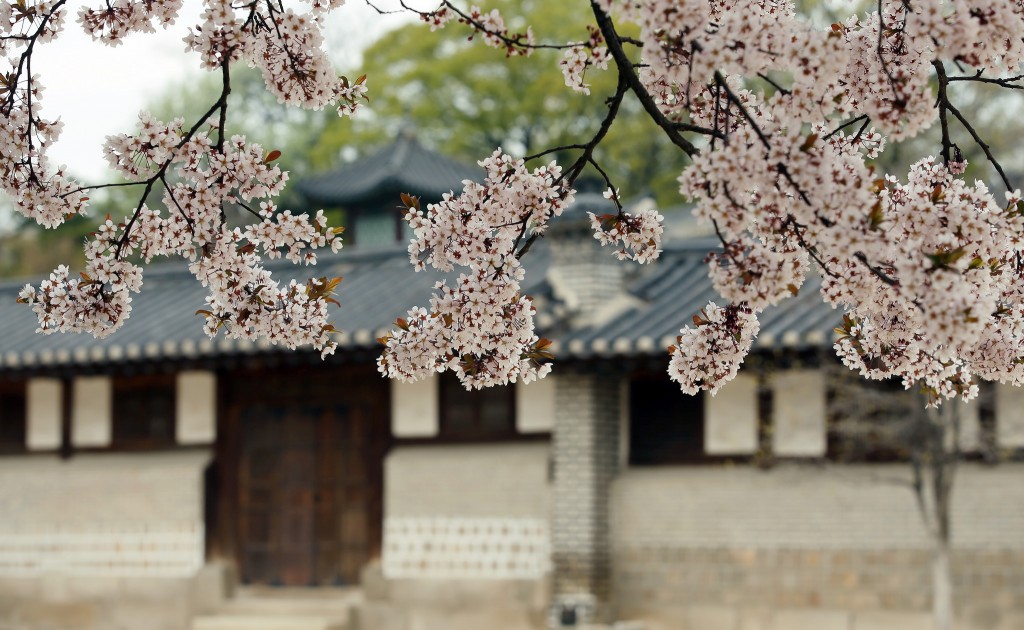 Seoul, too, has its fair share of cherry blossom viewing sites, and Yeouido, an island situated on the Han River, is the most accessible (and most visited) of the bunch. The focus of the Yeouido Spring Flower Festival is, of course, the cherry blossom trees, of which there are more than 1,400 in full bloom. There are also a variety of street performances, food vendors and countless exhibits, making the festival a great place to enjoy the great outdoors and defrost after a long, cold winter.

Another well known cherry blossom viewing site is Seokchon Lake in eastern Seoul. It is especially popular with photographers who are eager to capture shots of the cherry blossoms and their reflection in the lake. The roller coasters and Cinderella-esque castle of the nearby Lotte World theme park add to the backdrop. 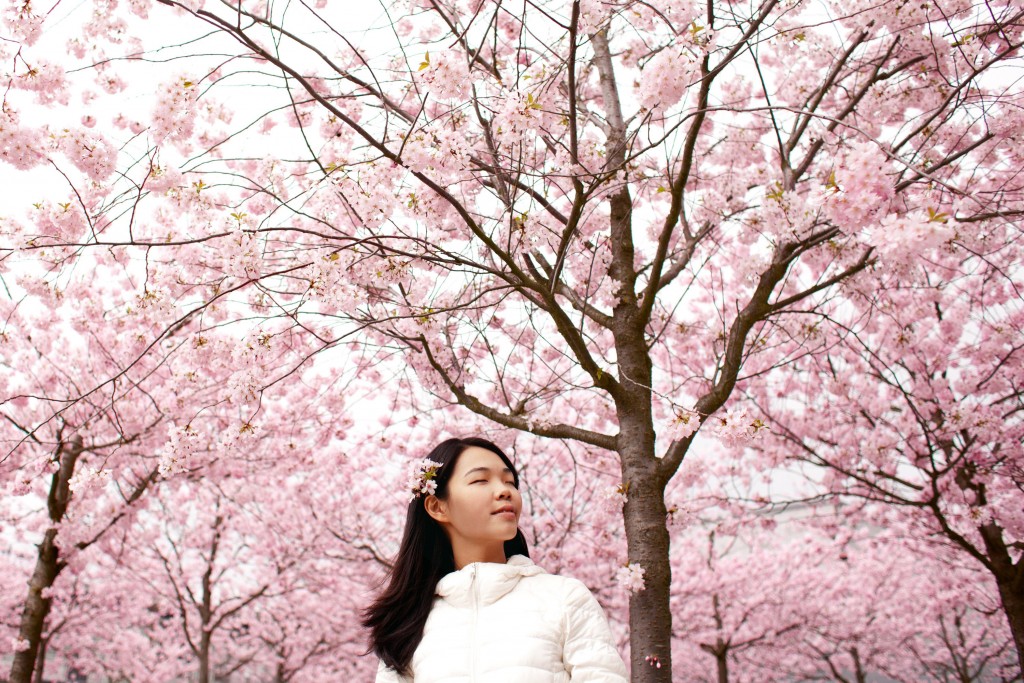 Taking in the beauty of Korean spring | © Tosia Bukowska /GoodFreePhotos

Nami Island, a countryside destination loved by nature enthusiasts and K-drama fans (it was a filming location for the incredibly successful Winter Sonata ) is a wonderful place to visit in spring, when it is covered in cherry blossoms. Plan to spend a day walking along the island’s tree lined paths, picnicking in its open fields and taking in the sights and sounds of nature.

The Korean cherry tree, known as the ‘King Cherry Tree’ originated in Jeju Island, which is also where the country’s cherry blossom trees bloom first, thanks to the region’s slightly warmer climate. For these reasons, visitors from all over the country flock to Seogwipo’s downtown area, home to the trees with some of the largest and most luxurious blossom petals in the country. 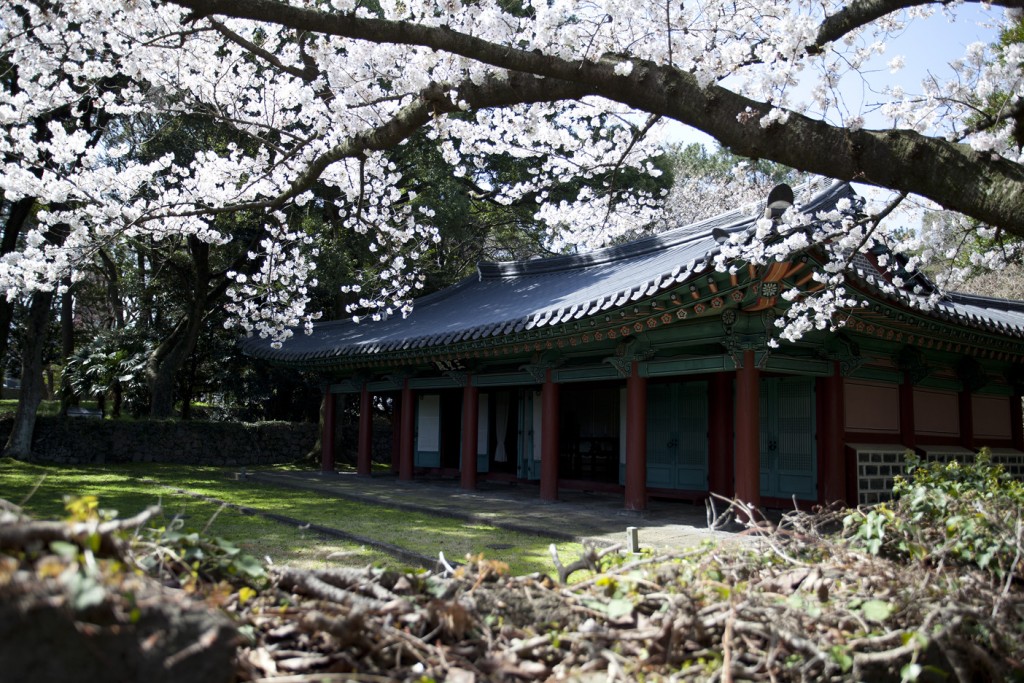 Well known for its beaches, lake and various festivals, the Gyeongpo area of Gangneung on Korea’s east coast is yet another fantastic spot to enjoy the warmer temperatures of spring. For the most breathtaking scenery, head to the center of Gyeongpodae Pavilion, the 6th regional tangible cultural treasure of Korea, where numerous cherry blossom trees create a canopy over the path around Gyeongpoho Lake.