The 7 Craziest Wedding Proposals in Korea 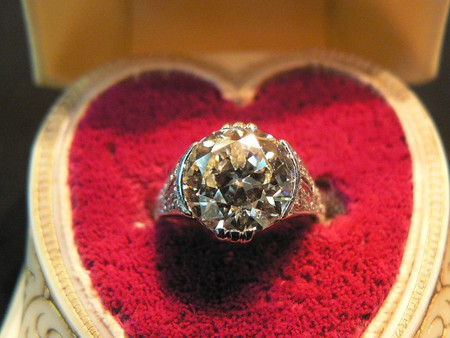 Traditionally, Korean would-be-grooms proposed to their sweethearts by sending a letter — to her parents. For modern-day Koreans, the norm is generally that the couple come to a mutual agreement to be wed. However, in the land of K-pop it’s no surprise that big romantic proposals are increasing in popularity; expect heartfelt speeches, roses galore and jaw-dropping flash mob dances. Here are seven of the best.

This thoughtful young man’s proposal was held at Centum City, the largest department store in the world. It involved more dancers than we can count (seriously — try and count them), Korean-dubbed ABBA, confused onlookers and a giant Christmas tree. There’s a lot going on here, but it all comes together with a surprising amount of emotional impact. It also includes hot security guards and a dancing plastic surgery patient.

Set your heart on fire

Perhaps one of the best parts about this dramatic wedding proposal is that it starts with the fiancée-to-be being presented with a rose that’s just been blowtorched. Miraculously, the rose survives, and is followed by a musical extravaganza, Santa arriving on a golf buggy, and a short breakdancing turn from a giant teddy bear. A video is screened that declares the man’s love (in Korean) and shows cute pictures of the couple. There are lots of tears (the good kind).

She thinks she’s just gone to see a movie, but the action ends up moving offscreen. It’s super sweet, down to the ‘Will you marry me’ spelled out on cupcakes. Movie theatre proposals are a common service offered by proposal planners, but they normally involve renting out a private cinema screen — with this proposal, the rest of the audience get to whoop and cheer.

Show me you mean it

This physically punishing proposal sees the lovestruck swain train for speed and endurance. No one can say he didn’t make an effort, as he scales several flights of stairs whilst executing a high-speed strip-tease. Better yet, his intended gets to ride the elevator, and it doesn’t interfere with her commute to work. What a gentleman.

Romance is all around

When Ha Dong-hoon (better known by his stage name, Haha) proposed to singer Kim Go-eun (stage name Byul), he left it to the last minute — he didn’t pop the question until the couple were at their local ward office to obtain a marriage license. Unbeknown to Byul, however, Haha had called ahead to make plans. While they were filling out paperwork, he presented her with a ring he’d designed himself, and the couple were showered with flowers and confetti from office staff and their friends. Byul later used footage of the romantic event in her music video ‘So Cute’.

You don’t need lots of props for a heartfelt proposal — all you need is a coffee shop date, some perfectly timed balloons and A-grade dancer moves. Did he hire back-up dancers, or are the baristas just that good at boogying? Bonus points for the booty wiggle.

And finally, you don’t have to go the traditional route, as proved by Korean actor Ahn Jae Hyun. In a video shared on his Instagram account, he appears to have proposed by filling the boot of a car full of greenery. The video shows wife-to-be Ku Hye Sun perched on the edge of the open boot, which contains the aforesaid greenery, a card, and a small box (presumably the ring). They do say you should say it with flowers…