The 10 Most Popular K-Pop Artists and Bands 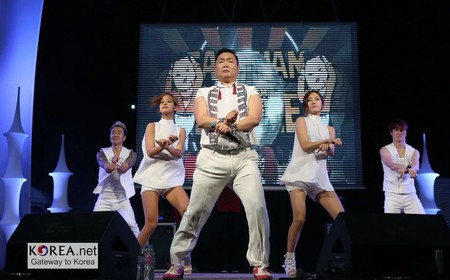 K-pop commonly refers to the pop music scene in South Korea, although it is also a catch-all term for anything associated with Korean pop culture. With over three billion YouTube views, Psy’s “Gangnam Style” captured the attention of the international music scene in 2012. Since then, numerous K-pop groups and artists have held concerts in countries all over the world. As the genre’s fame continues to grow, the “Korean Wave,” or Hallyu, continues to sweep across the world, reaching countries like Bulgaria, Egypt, Romania, and Iran.

How did South Korea, a country which at one point heavily censored music, suddenly become an extraordinary pop culture exporter? The South Korean government plays a vital role in exporting this soft power. The Ministry of Culture and Tourism has continuously sponsored promotional initiatives to promote Korean culture since the late 1990s. Together with the embassies and consulates, K-pop stars are invited to perform at concerts overseas. The government’s support in cultural technology and hologram development enhances the K-pop concert experience. The rapid dissemination of K-pop videos onto YouTube engages fans internationally, thus, helping with the spread of Korean Wave.

The uniqueness of K-pop lies largely in how the artists are trained. SM, YG, and JYP Entertainment Agencies were all big names founded in the late 1990s. These agencies combine singing and dancing into a gruesome five to seven years of extensive training. This often includes foreign language classes, as these agencies all eye the international markets. Synchronized dancing in a group is the hallmark of K-pop bands; the flashy visuals and hook come at the same time. The snappiness of the Korean language gives K-pop its hyperactive flavor and choreography often dictates how songs are written. Here are the 10 most popular K-pop artists and groups.

Park Jae-sang, commonly known as Psy, put his “Gangnam Style” and K-pop on the international stage in 2012. He returned to South Korea after attending Berklee College of Music in Boston. It is unclear if he graduated, but that did not stop him from pursuing a career in music. His debut album, Psy From The Psycho World!, was released in 2001. His techno/rap funky dance style attracted attention, but was not an immediate hit. He continued on to release four more albums including the hit song “Champion”, released during the 2002 Korea-Japan World Cup period. After fulfilling his military duties, Psy joined YG Entertainment. In 2012, he released the single “Gangnam Style”. The funky horse dance caught on internationally, and his YouTube video views climbed to 1.8 billion. “Gangnam Style” brought Psy opportunities to collaborate with Hollywood stars. Psy was even invited to perform at the Chinese New Year’s Eve parties. He became the first foreigner to perform at the traditional all-Chinese event. Psy released his new catchy song “Daddy” in 2015.

BoA, born Kwon Bo Ah, was chosen by SM Entertainment when she was 11 years old. She accompanied her brother to an audition and was scouted by Lee Soo-Man, the founder of SM Entertainment. BoA released her first album ID: Peace B at the age of 13. She was then sent to live in Japan and became completely immersed in Japanese. Her first Japanese album, Listen To My Heart, made BoA the first Korean to debut at the top of the Oricon chart. She released an all-English album BoA in 2009 and earned her first Hollywood starring role in Make Your Move in 2013. BoA is a K-pop star success story, and now enjoys popularity at an international level. 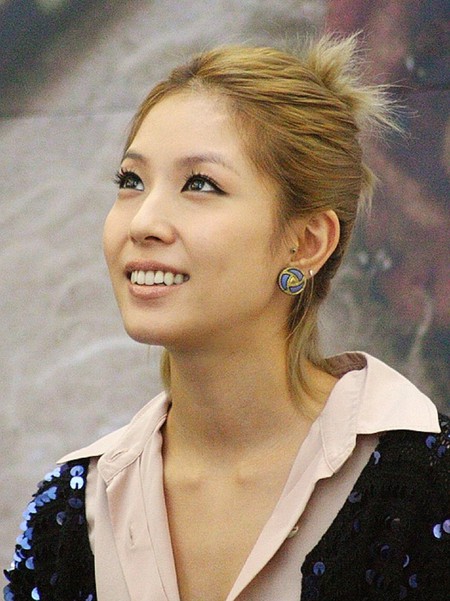 Born Jung Ji-hoon, Rain was the first K-pop star that broke onto the Western scene. He starred in Ninja Assassin (2009) and Speed Racer (2008), both Hollywood productions. He was voted one of the “100 People Who Shape Our World” by TIME magazine in 2007. Rain’s dream had always been to dance. He joined JYP Entertainment after long hours of dance auditions for Park Ji-Young, the founder of JYP Entertainment, and debuted in 2002 with Bad Guy. Rain took Asia by storm after his third album release and his starring role in the Korean drama Full House. He joined Cube Entertainment after completing his military service in 2013, with his dedicated fans waiting at the military camp for his discharge. 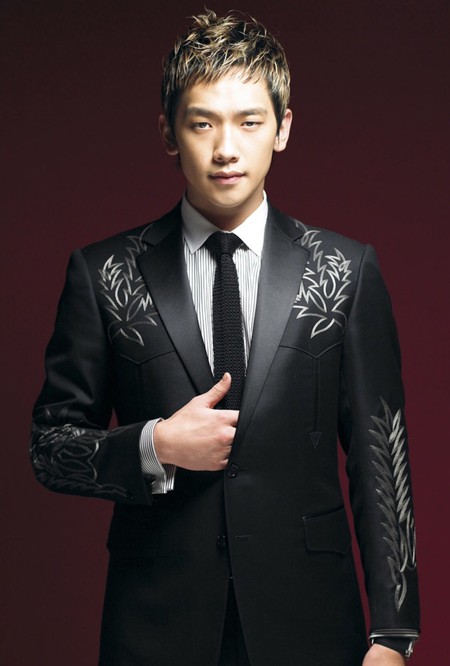 Big Bang comprises five male members: T.O.P. (Choi Seung-Hyun), Taeyang (Dong Young-Bae), G-Dragon (Kwon Ji-yong), leader), Daesung (Kang Dae-Sung) and Seungri (Lee Seung-Hyun). This all-male band is known for its dynamic rap by G-Dragon and T.O.P. and its over-the-top fashion. G-Dragon’s “Crayon” received rave reviews from the west in 2012. His rapping talent landed him musical opportunities with Missy Elliot in London. Taeyang joined YG Entertainment when he was 11. The original plan was to market G-Dragon and Taeyang as a duo but YG Entertainment saw bigger opportunities in forming a larger group. T.O.P. was rapping before being scouted out by YG Entertainment. Since then, T.O.P. has had a thriving career in acting and was cast in the TV show Iris. Daesung is the band’s main vocalist, while Seungri used to be a member of a dance team. Big Bang toured 12 countries with an audience of over 800,000. Big Bang’s “Bang Bang Bang,” was released in 2015, and earned the MNet Asian Music Award ‘”Song of the Year”. 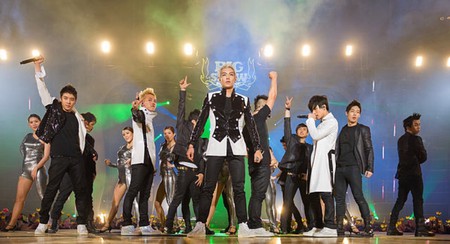 Considered the biggest K-pop group, at its peak, Super Junior consisted of 13 members. Since its debut in 2005, this group has received over seven million ‘likes’ on Facebook. It has sub-groups, targeting the ever-changing international markets. Super Junior-M’s ZhouMi and Henry are both Chinese, while Super Junior-T specializes in “trot” music. In 2007, Super Junior hit the number one spot on KKBox online music chart in Taiwan. For the next 120 weeks, Super Junior ruled the charts, with “Bonamania” in 2010, “Mr.Simple” in 2011, and “Sexy Free And Single” in 2012.

SM Entertainment wanted to win over the Chinese market, so EXO became the first Korean-Chinese all male group. EXO-K targets the Korean market, while EXO-M goes for China. In 2012, EXO released “MAMA” in both Korean and Chinese. Both versions rocked the charts in both countries. The year 2013 saw the release of “XOXO” (Kiss & Hug). It quickly claimed the number one spot on Billboard’s World Music chart. With all members born after 1990s, EXO is a vibrant young K-pop band with an international appeal. 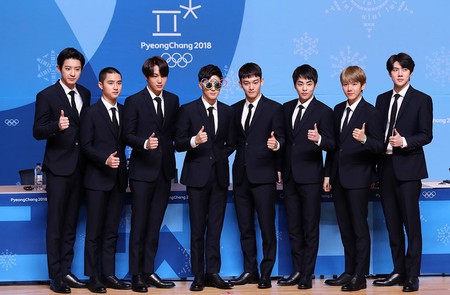 SOUTH KOREA OUT Mandatory Credit: Photo by YONHAP/EPA-EFE/REX/Shutterstock (9453800a) South Korean boy band EXO poses for a photo during a press conference at the Main Press Center in PyeongChang, northeastern South Korea, 21 February 2018, about its plan to take the stage at the closing ceremony of the 2018 PyeongChang Winter Olympics on 25 February. Boy band to appear at PyeongChang Winter Olympics' closing ceremony, Seoul, Korea - 21 Feb 2018 | © YONHAP/EPA-EFE/REX/Shutterstock

The all-female counterpart of Super Junior, Girls’ Generation was originally a nine-member group, and was also known as Sonyeo Sidae in Korean. Since its debut in 2007, Girls’ Generation has enjoyed immense popularity with the 2009 release of “Gee“. Its Japanese debut album, Girls’ Generation, became one of the biggest sellers in 2011, and Aldo attracted Spin magazine’s attention. The group appeared on Late Night with David Letterman in 2012 and became The New Yorker’s K-pop focus. The group won the Video of the Year at YouTube Music Awards in 2013. Today, members of the group continue to excel in songwriting. 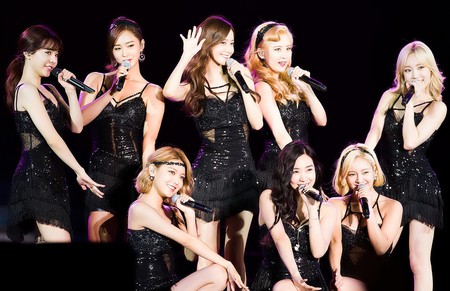 This all-female group debuted in 2007 but did not garner much attention until the release of “Tell Me”. Their signature dance and the catchy tune put this group in the number one spot on Korea’s music charts. The 1960’s retro-style “Nobody” brought them to perform an English version on their American tour in 2009. The song made it onto Billboard’s Hot 100 Singles, taking Wonder Girls beyond the K-pop charts. In 2010, Wonder Girls entered the Chinese market. Since then, the members of the group have concentrated on expanding their solo careers as well as songwriting credits. 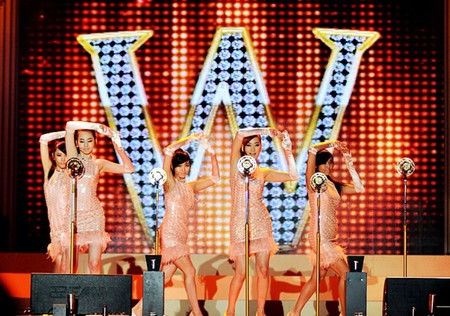 The number of members in this group keeps changing; over the years, some leave while new singers are added. The release of “Roly Poly” and “Bo Peep Bo Peep” in 2011 won them numerous awards in Korea and Japan. The idol group made a memorable living mannequin video with “Sexy Love“. Like other K-pop groups, T-ara has formed subgroups eyeing Japanese and Western markets.

This four-member Korean and Chinese group was created by JYP Entertainment with the Chinese market in mind. Miss A released its first single “Bad Girl Good Girl” in 2010, complete with energized dance moves in the music video. “Breathe”, the group’s second song, did well and topped the charts. Suzy, the group’s leader, starred in Dream High in 2011 and Gu Family Book in 2013. Fei and Jia continue their busy TV and advertising projects. 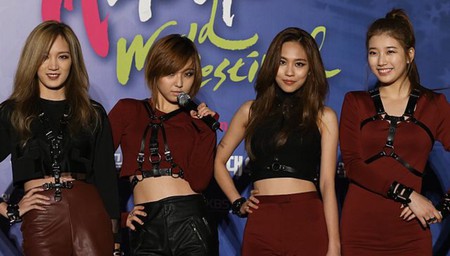 Miss A | © Republic of Korea/Flickr
Give us feedback