ASIA
/
SOUTH KOREA
/
Things to Do

Souvenirs You Can Only Buy in Jeju 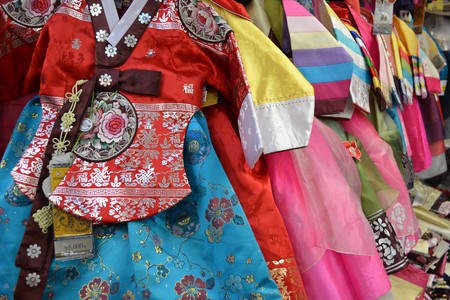 Jeju is South Korea’s top holiday destination, so it’s no surprise that there are plenty of places to buy mementos. You don’t have to settle for a keychain or an ‘I Love Jeju’ fridge magnet, however — here are some of the most unique souvenirs you can buy on the island.

Jeju Island is famous for its tea all over Korea. Head to O’Sulloc Tea Museum to find out about the drink’s history, Korean traditional tea culture, and see some tea plantations. While you’re there, pick up some goodies to take home — some kinds of tea (for example, tangerine green tea) are only available on the island. There’s also a great café where you can taste-test before splurging on boxes of tasty tea.

Dol Hareubang statues are Jeju’s most recognisable icon. Carved out of the island’s volcanic rock, they are stylised male figures in mushroom-shaped hats, usually interpreted as guardian figures. You’ll see their likeness everywhere you look, from street food to giant public sculptures. They’re available for sale almost everywhere on Jeju, in garden-gnome versions, cute cuddly toys, and mini replicas of the original stone statues themselves. Choose your favourite, and take it home with you to remember Jeju’s charms.

Makgeolli is Korea’s oldest alcoholic drink, made from unfiltered rice wine. For a version specific to Jeju, try the hallabong makgeolli, which uses hallabong fruit grown on the island. Jeju is famous for its fruits, and this alcoholic drink puts them in a form you can take home.

As well as hallabong, Jeju is famous for its mandarin fruits. Buy some mandarin chocolate for a sweet taste of Jeju summers. This is a great option for giving as a gift, as it’s lightweight and small (and let’s face it, who doesn’t like chocolate?)

Something from Love Land

Head to Lee Jung Seob art street in Seogwipo to buy a souvenir from one of Jeju Island’s local artisans. Goods on offer range from relatively inexpensive items such as resin paperweights, all the way to canvas paintings of the island. The street itself is also well worth a visit, and the various shops are lots of fun to browse.

Onggi is South Korea’s traditional earthenware, made from local clay. Jeju Island’s onggi are famous for their natural colours and long history of production. You can find onggi at some of the larger five-day markets, or at handicraft stores.

Jeju honey is exported all over the world — so where better to buy it than the source? Jeju’s honey is famously pure, and made with the wildflowers that bloom all over the island. It’s sometimes packaged in a dol hareubang-shaped bottle which is a nice souvenir by itself.