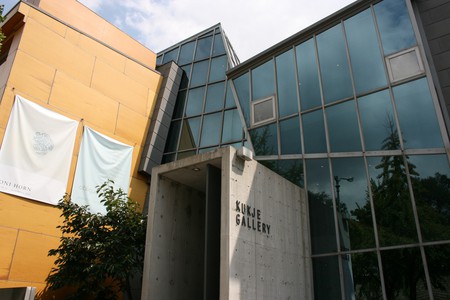 Seoul’s pioneering and innovative spirit has influenced the city’s art scene, which has grown exponentially in the last decade. With several art districts to explore, Seoul has something to offer to every kind of art lover. From Samcheong-dong, an area overflowing with galleries, to Hyoja-dong, home to the city’s cutting-edge arts organizations, here are the ten best independent galleries in South Korea’s capital. 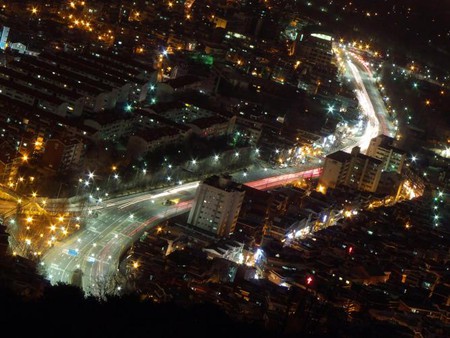 Art Gallery
Facebook
Email
Twitter
Pinterest
Copy link
Share
Map View
Gallery Hyundai is the city’s oldest art gallery. It was established in 1970, and is located just off Samcheong-ro, the heart of the Seoul art scene (appropriately dubbed ‘gallery street’). Over the course of its distinguished history, the gallery has hosted the work of established Korean artists, such as Park Soo Keun, Joong Seop Lee and Dai Won Lee, and expanded the Korean art market in the process. The gallery now puts its name to two spaces in Sagan-dong and one space in Gangnam, whilst also running the Dugahun Gallery (just behind the Gallery Hyundai New Space), which is an art space-cum-wine bar and restaurant housed in a traditional Korean hanok. Gallery Hyundai is also dedicated to the discovery of new talent through schemes such as its Window Gallery, which exhibits the work of local and international artists.
Open In Google Maps
14 Samcheong-ro, Sagan-dong, Jongno-gu Seoul, 3062, South Korea
+82222873500
Visit Website
Give us feedback 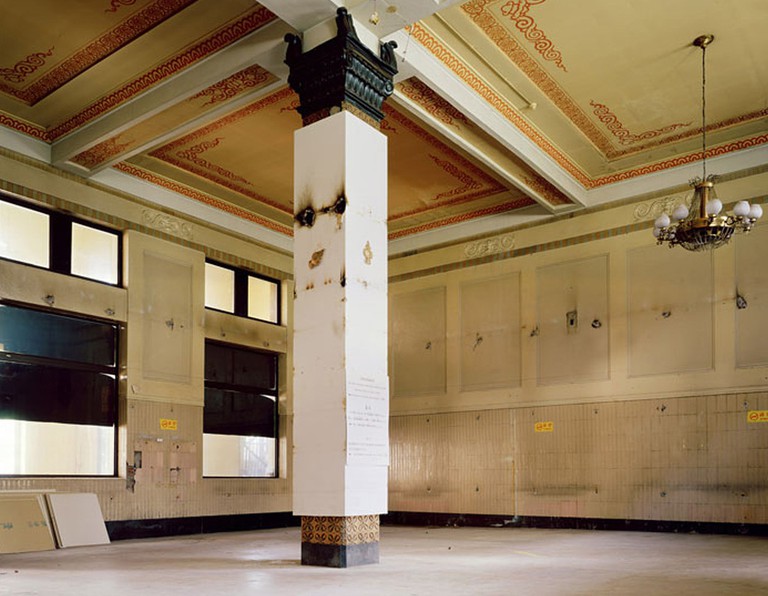 PKM Gallery, Seoul | © régine debatty/Flickr
With its main space also at the center of the Samcheong district, PKM Gallery is another big player on the city’s cultural landscape. Founded in 2001 by Park Kyung Mee, who commissioned the Korean Pavilion at the Venice Biennale in the same year, PKM Gallery has developed a strong international stance, showing at art fairs such as Art Basel, Art HongKong and Art Fair Tokyo, and opening a second space in the Caochangdi art district of Beijing in 2006. The gallery’s roster of artists is similarly international in outlook, with foreign artists Olafur Eliasson and Darren Almond represented alongside local names such as Park Chan Kyong and Cho Duck Hyun.
Open In Google Maps
40 Samcheong-ro 7-gil, Samcheong-dong, Jongno-gu Seoul, 110-230, South Korea
Visit Website
Give us feedback

On the other side of Geongbokgung Palace, Hyoja-dong is a historical area that is fast growing into a creative hub to rival Samcheong. This is where Gallery FACTORY, a small but punchy avant-garde space, has established itself as a steadfast presence on the city’s advancing art scene. Originally founded as Factory Arts & Crafts by Bora Hong in 2002, the gallery narrowed its originally broad focus of presenting cutting-edge art when it moved to its current location and changed its name in 2005. Since then, it has worked hard to develop audience participation through workshops and talks, as well as engaging in art consultation, public art projects, publications and international exchange programs. This is a great place to discover the experimental work of up-and-coming artists based in Korea.

Leeahn Gallery is an influential Daegu-based institution, best known for its central role in developing the arts scene in the metropolitan city of Daegu and introducing internationally renowned artists to local audiences. The Seoul branch, a modern, sleek building designed by Suh Architects, opened in March 2013 to some controversy. Local residents were not keen on the Antony Gormley figure perched on the rooftop. One of the first shows at the Seoul space was an exhibition of the renowned conceptual painter David Salle, his first time exhibiting in the country. Leeahn Gallery’s ambitious programming will no doubt continue to feature the world’s major artists, further enriching and opening up Korea’s cultural identity. 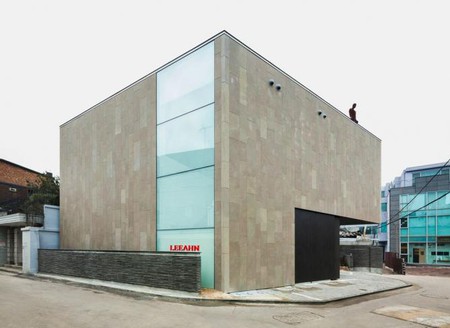 Established in 1999, Project Space SARUBIA is an alternative space for experimental art across the genres of fine art, architecture, music, dance and film. This non-profit gallery started its life in Insa-dong, in the former site of the SARUBIA Coffee Shop, which used to be an important artists’ haunt. The gallery devotes itself to pioneering new concepts and practices, and incubating the talents of undiscovered artists, who are selected through an open application process. The basement setting of the gallery has a relaxed and intimate atmosphere, which is ideal for sampling Seoul’s thriving alternative art scene and discovering the next big thing in Korean art. 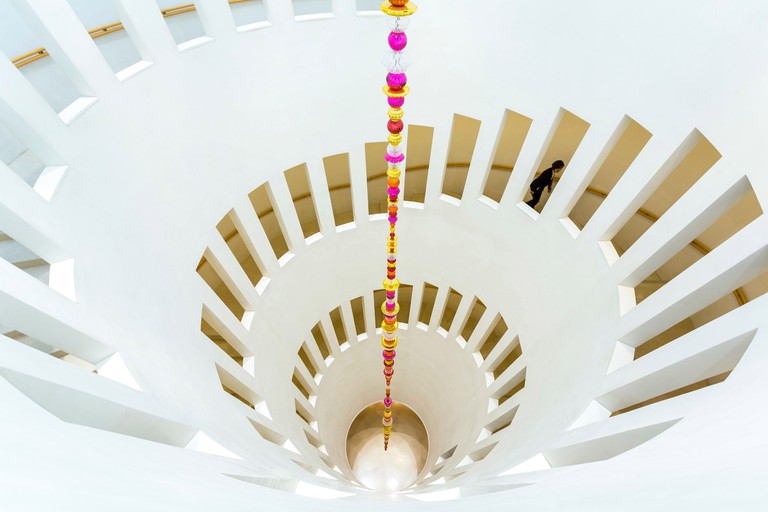 Leeum Samsung Museum of Art | © Jon Arnold Images Ltd / Alamy Stock Photo
Book Now
Perhaps the most powerful and undoubtedly the most famous private gallery in Seoul, Leeum is a must-visit for those interested in the history of Korean art. Directed by Hong Ra Hee, wife of Samsung chair Lee Kun Hee, Leeum is an international centre of Korean and world art with an incredibly rich collection of artworks. The museum’s architecture, designed by celebrated architects Mario Botta, Jean Nouvel and Rem Koolhaas, reflects the collection’s interplay between past and present. There are three distinct areas dedicated to Korean traditional art, international contemporary art, and special exhibitions. Leeum is known for its unmissable blockbuster events, presenting artists such as Anish Kapoor, Mark Rothko and influential multimedia artist Nam June Paik. It also uses innovative and interactive technologies to enhance exhibitions. This is the place to see Korea’s cultural legacy, and its future.
Open In Google Maps
60-16 Itaewon-ro 55-gil, Hannam-dong, Yongsan-gu Seoul, 140-210, South Korea
+82220146900
Visit Website
Visit Facebook page
Give us feedback

Artside Gallery is notable for its focus on contemporary Chinese art and artists. Established in 1999, Artside introduced artists such as Wang Guangi, Yue Minjun, Zhou Chunya, Zeng Fanzhi and Zeng Hao to Korean audiences. Since then, the gallery has taken on a leading role in the artistic exchange between Korea and China, and garnered international attention for hosting the first solo exhibition of artist Zhang Xiaogang in the country. In 2007, Artside opened a gallery space in Beijing, and in 2010 relocated its Seoul gallery to Hyoja-dong. Amongst this expansion, the gallery’s vision remains intact – to present the best in Chinese and Asian avant-garde as a way to encourage understanding and creativity across Asian art. 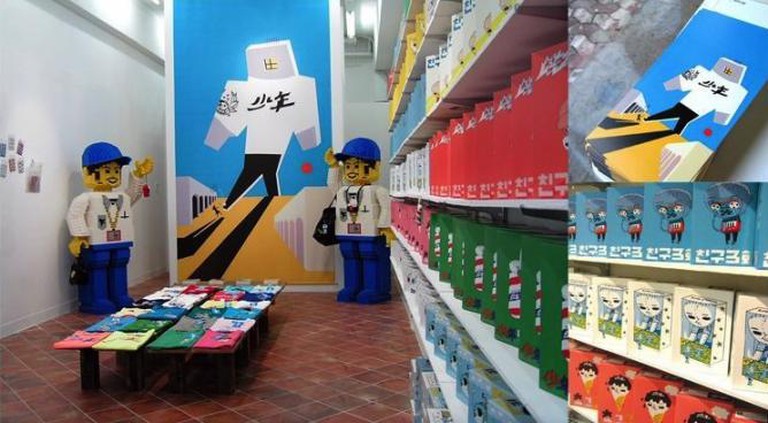 예화랑, Seoul | © Gallery Yeh
Gallery Yeh is an iconic landmark in the Gangnam district of Garosu, with its striking, award-winning modernist building. The gallery’s prestigious reputation is similarly iconic. Established in 1978 and reopened in 1982, it is seen as the forerunner of the Gangnam art scene. Under its influence, the area has grown into a dynamic cultural center, nicknamed the Soho of Seoul, home to many regional festivals of culture. The gallery has also played a pivotal role in bridging the gap between Seoul and the wider art world, showcasing the work of world-renowned artists such as Raphael Soto and Alberto Giacometti, as well as representing Korean masters such as Pon Ung Ku, Ok Yeon Kwon and Hwan Ki Kim at international fairs around the world.
Open In Google Maps
18 Apgujeong-ro 12-gil, Sinsa-dong, Gangnam-gu Seoul, 135-120, South Korea
+8225425543
Visit Website
Give us feedback

The Cheongdam area of the affluent Gangnam district is fast developing into a cool and vibrant hub of galleries, high-end fashion and culture. In the heart of this, SongEun ArtSpace is an innovative gallery, founded in 2010 by the SongEun Art and Cultural Foundation. This large building houses three levels of exhibition space, a café-cum-restaurant, and a multifunctional event hall in the basement. Past exhibitions have included retrospectives of Tom Wesselmann and the Chapman Brothers, as well as solo exhibitions of Korean artists such as Sung Myung Chun and Sekyung Lee. The foundation also runs the SongEun ArtCube, in the SAMTAN office building, and the annual SongEun ArtAward, with the aim of supporting emerging Korean artists. 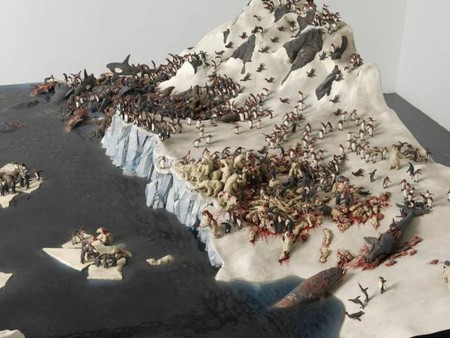 The beautiful residential area of Pyeongchang, at the foot of Mount Bukhan, is home to some of the country’s oldest and most influential galleries. Among them is Gana Art, a modern complex designed by celebrated architect Jean-Michel Wilmotte with the largest exhibition space in the country. Founded in 1983, Gana Art has presented over 400 exhibitions of Korean and international art over its long history, including prominent artists such as Pierre Alechinsky, Roy Lichtenstein and Joan Miro. The center continues to showcase a diverse range of art, as well as hosting performances and open-air concerts. Since 2001, the centre has also hosted the annual International Photo-Media Festival. The high quality of curation at Gana Art as well as varied and exciting group shows, means that this gallery is still a formidable presence on the Seoul art landscape.