How to Celebrate Chuseok in South Korea 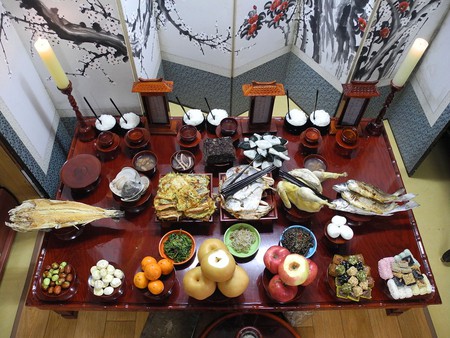 One of the biggest and most important holidays in Korea, Chuseok was traditionally a time in which families gathered together to give thanks to their ancestors for a plentiful harvest. Today, Koreans continue the traditions of the past every autumn by returning to their ancestral hometowns to celebrate with their families by enjoying feasts of seasonal cuisine, playing games and paying respect to their ancestors. However, you don’t have to be Korean or with your family to enjoy the following Chuseok activities. 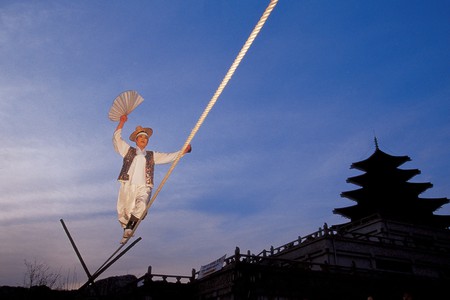 Although hanbok – the traditional attire of the Korean people – isn’t usually worn in modern day South Korea, Chuseok is one of the few exceptions. In fact, it’s fairly common to see young children donned in colorful jeogori (jacket), baji (pants), and chima (skirt) as they head to Grandma’s house to spend some quality time with their family and receive envelopes of money after bowing to their elders.

And, considering the surging popularity of hanbok in recent years, there’s no shortage of places to rent one. Whether you opt for a more traditional design or a modern reinterpretation, you’ll be certain to get plenty of compliments from passersby wherever you may be. As a bonus, many attractions such as palaces and museums offer free admission to those wearing traditional Korean garb during Chuseok. 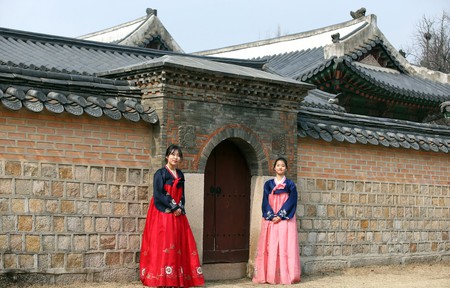 Girls in hanbok at Gyeongbokgung Palace in Seoul | © KoreaNet / Flickr

A number of folk games have for generations been played by Koreans during Chuseok festivities, and many have stood the test of time and are still enjoyed today.

Wrestling matches called ssireum were held to determine the strongest man, while archery contests, tug-of-war games and jultagi, or tightrope walking, added a bit of friendly competition to family gatherings. Jegichagi, a popular children’s game similar to hackey sack, involves kicking a jegi, or shuttlecock, so that it doesn’t touch the ground.

Try your luck at one of these games at one of Korea’s many traditional attractions, such as Namsangol Hanok Village and National Folk Museum of Korea in Seoul, the Korean Folk Village in Yongin, and the Hahoe Folk Village in Andong. 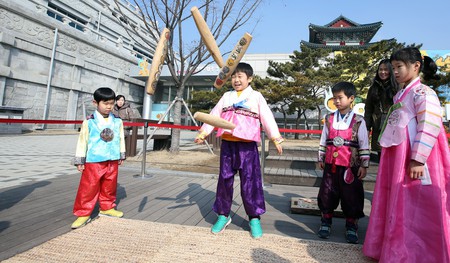 Ganggangsullae is a 5,000-year-old Korean dance that was first performed to bring about a bountiful harvest and has since evolved into a cultural symbol of Korea. Incorporating a combination of singing, dancing, and playing, and performed exclusively by hanbok-clad women, the dance is most commonly found in the southwestern coastal province of Jeollanam-do.

In the dance, performers move in a circle while holding hands and slowly form other shapes such as small circles or serpentine lines as the dance continues. One of the most iconic movements involves two dancers who make a bridge with their hands while the dancers file through underneath. 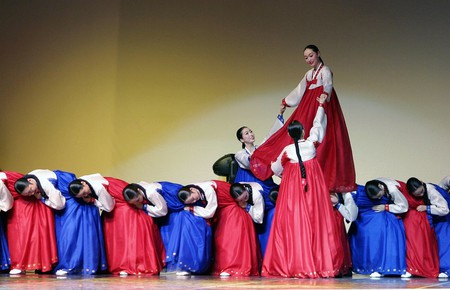 Ganggangsullae, a traditional dance of the Joseon Dynasty | © photoren / Wikimedia

Chow down on Chuseok sweets and treats

Of course, no holiday would be complete without food, and Chuseok is no exception. In fact, a variety of dishes are prepared to celebrate the special day, not only to be enjoyed by families and friends, but also to be offered to ancestors.

Perhaps the most significant of these cuisines is songpyeon, or rice cakes. Songpyeon is prepared with rice powder that is kneaded into a sphere, filled with sesame seeds, sweet red bean paste, honey or other nutritious ingredients, and shaped into a half-moon. The rice cakes are then steamed over a layer of pine needles, which adds a distinctive fragrance to the sweet treats. 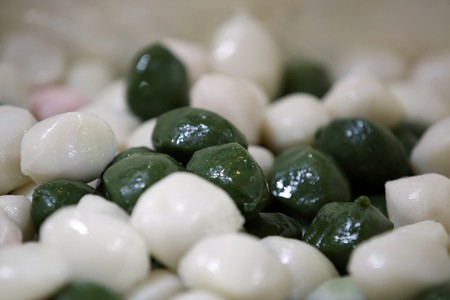 Other iconic Chuseok foods include traditional liquor such as soju and makgeolli, and jeon, savory pancakes. Jeon is made by lightly frying fish, meat, and/or vegetables in a tasty batter of eggs and flour.

Whichever way you decide to celebrate, have a happy Chuseok!