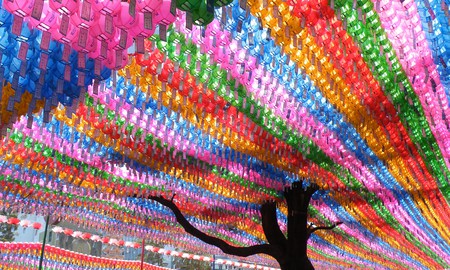 Every spring, millions of people across South Korea come together to celebrate the birth of Siddhartha Gautama, the founder of Buddhism. The entire country is illuminated with colorful lanterns that symbolically convey the wisdom and compassion of the sage, while temples hold cultural performances and spectacular parades.

“Seokga Tansinil”, meaning “Buddha’s Birthday” in Korean or “Bucheonim osin nal” (“the day when the Buddha came”) has been widely observed in many Asian nations for centuries. Due to differences in historical records, different countries celebrate the holiday on different days, but in South Korea, it falls on the eighth day of the fourth month of the lunar calendar. 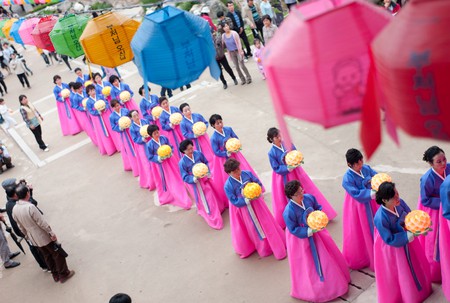 Buddha’s Birthday is not only an important and auspicious day for the nation’s practicing Buddhists (a religious group that makes up approximately one fifth of South Korea’s population), but it is also a public holiday that is widely celebrated across the country. 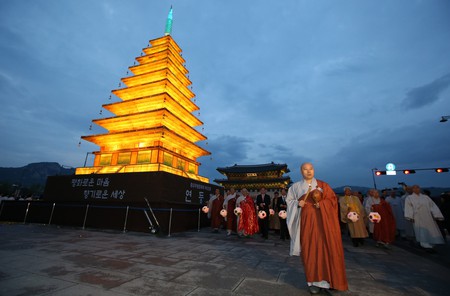 Most of the festivities surrounding the holiday start about a week prior to the day itself, although vibrantly colored, lotus-shaped lanterns are hung throughout the country as early as a month ahead of time. 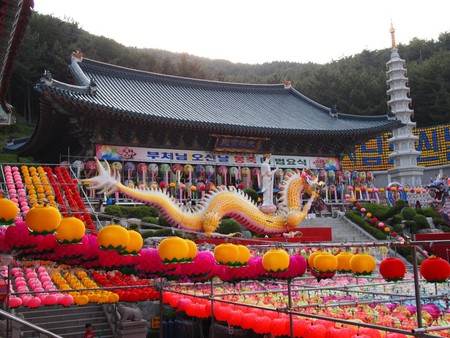 Buddhist temples are transformed into kaleidoscopes of color. Those that make the trek to Korea’s temples on the day of Buddha’s birth are often treated to a complimentary vegetarian meal such as sanchae bibimbap and tea. Temples also host traditional Korean games and performances, such as mask dances and acrobatic shows with tightrope walkers.

Many participants also make a small donation to hang their own paper lantern in the temple complex. On these lanterns, they write their name and a wish that they carry in their heart. 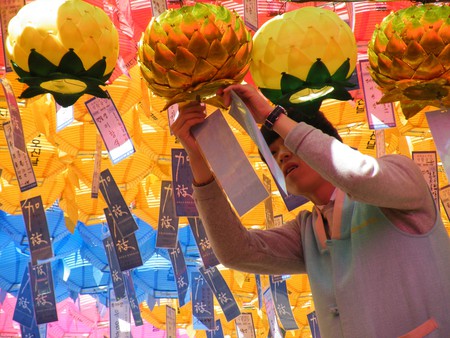 The highlight of the celebrations, however, is the Yeon Deung Hoe, also known as the Lotus Lantern Festival. Originating in the Silla period more than 1,200 years ago, the tradition has been carried through both the Goryeo and Joseon dynasties and remains an important custom today.

In major cities like Seoul and Busan, the festival features a show stopping lantern parade, in which Buddhist monks join the general public to parade through the city with magnificent lantern displays including animated dragons and replicas of the Buddha himself. By lighting lanterns at the festival, participants light up their own hearts as well as the world. In this way, the celebration also offers an opportunity in which participants can reflect on Buddhist virtues, teachings, principles and life in general. 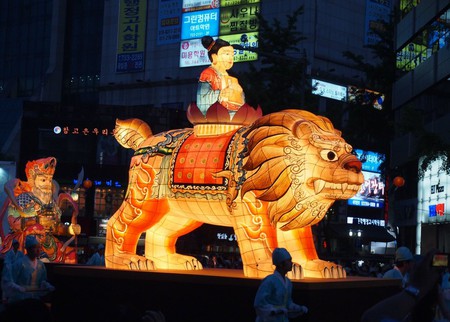 Korea’s Buddha’s Birthday celebration is truly both a spectacle for the eyes and a wonderful way to remember the man who established one of the world’s most influential religions.