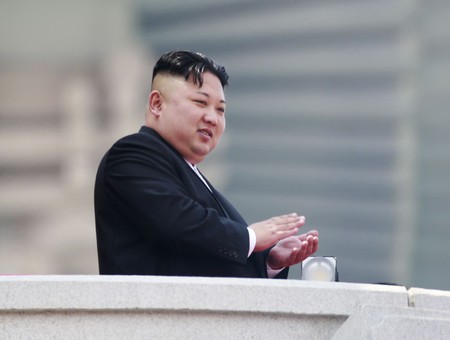 Kim Jong-un’s recent Olympic announcement has come as a surprise and, the more its analysed, the more loaded it appears.

North Korea’s leader has announced that he is weighing up the pros and cons of sending a team to represent the nation at this February’s Winter Olympics, held in Pyeongchang in South Korea. The move comes as a significant change in attitude in comparison to the last time South Korea hosted the Games: when Seoul held the 1988 Summer Olympics, North Korea boycotted the event altogether.

An unexpected olive branch? Or simply an opportunity to make a political statement on the international stage? Given the childish social media squabbling of Donald Trump and Kim Jong-un, the country’s reaching out to their southern neighbours might just be another poke into Trump’s bloated and easily bothered midriff. 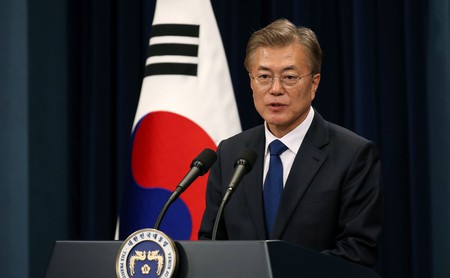 South Korea has made it clear since they won the bid to host the Olympics that they see the Games as an opportunity for wider inclusion and, in particular, improvement in inter-Korean relations. January 9th has now been scheduled as the date for talks to begin about the possibilities of a North Korean presence in Pyeongchang next month.

Regarding those talks, the bulk of the discussion will be logistical. How would North Korean athletes get to the Games? Would it just be athletes, or would spectators be joining them? Or even something as seemingly straightforward as: which country will announce the results of the talks? When the two countries last met for official talks in December 2015, the agenda was never publicly revealed. The hope is that, once those logistics are sorted, the conversation can broaden to discuss some more pressing issues – namely, North Korea’s nuclear intentions.

The timing of North Korea’s Olympic idea is no coincidence. Fresh off the back of declaring that it now operates a full nuclear programme (whether true or not), reaching out to an American ally in the shape of South Korea has loaded connotations. Can a gesture of good will also be a threat?

It could be argued that the move implies, firstly, that Kim thinks North Korea can have a say in whether the Winter Olympics will be a success or not. Secondly, and more importantly, it appears to be part of a wider, long-term strategy that will rile the US, all the while easing tension with their neighbours.

The situation created as a result will require a delicate and considered touch – traits rarely associated with Trump. For South Korea, there is an underlying worry that Kim will do something during the event to disrupt proceedings. The rationale behind involving them in is that a disruption becomes far less likely if a North Korean team is present.

North Korean Leader Kim Jong Un just stated that the “Nuclear Button is on his desk at all times.” Will someone from his depleted and food starved regime please inform him that I too have a Nuclear Button, but it is a much bigger & more powerful one than his, and my Button works!

North Korea has been one of the most isolated countries in the world since its split from South Korea after the Second World War. Among their claims about owning a nuclear arsenal are ones stating that they have developed a hydrogen bomb, and they have missiles aimed at Japan and South Korea – two neighbouring countries that house a number of US troops. From the outside, North Korea has consistently been viewed with caution and the dangers of potential war with the West have increased over the last twelve months.

The rhetoric between Kim and Trump has been, at best, inflammatory and, at worst, utterly terrifying. That said, in 2017 President Moon claimed that he had a veto right over any military action on the Korean peninsula, effectively telling the world he could prevent Trump attacking North Korea. The claim was refuted by the USA.

South Korea has historically been an ally of the US, far more than the region’s super power, China, but the relationship between the two hasn’t always run smooth, with South Korea’s willingness to engage with North Korea a thorn in the side of Americans. President Kim’s Olympic statement could be as much about annoying the US as it is an opportunity to take a step back from nuclear war, an issue heightened by the fact that the US now has a president who appears to have absolutely no reservations about engaging in nuclear action.

Stuck somewhere in the middle of all this is Pyeongchang 2018. Organisers of the upcoming Winter Olympics are hoping it will run smoothly and successfully. And while many involved in sporting governance like to distance themselves from politics, history has repeatedly shown major sporting events to be powerful vehicles in shaping agendas and promoting propaganda, for better and for worse. In the Olympic Games alone you only have to consider the likes of Hitler’s Berlin showpiece in 1936 and its derailing by Jesse Owens, Tommie Smith and John Carlos’ raised, gloved fists in 1968, or Russia’s insistence that rainbow-coloured nail varnish (and its support of gay rights) would not be tolerated at their Olympics in Sochi in 2014.

History has shown that, when a nation wants to flex its sporting muscle on the biggest stage of all, it intends to dominate. Envisaging a team sent by North Korea – particularly at this late stage – heading south and cruising to the top of the medals table appears fanciful. As it stands, the figure skating pair of Ryom Tae-Ok and Kim Ju-Sik are the only North Korean athletes to have qualified and the deadline for participation has long since closed. That said, it is not impossible for that to change. The International Olympic Committee can make special dispensation and can make open invitations available to North Korean athletes, something it has said its willing to do.

In the last summer Olympics in Rio, North Korea took a decent sized team (31 competitors) and returned with seven medals, including two gold. The lack of medal prospects for North Korea next month suggests this is not about sporting success, or even easing tensions. The worry is this is simply a tactic to give Kim more time to develop his missile program. 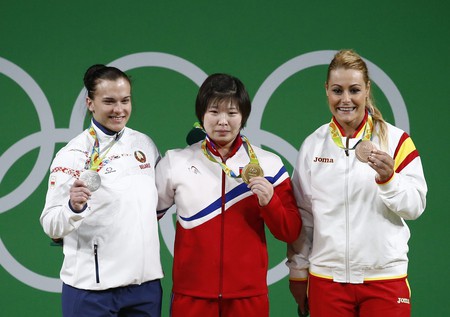 North Korean athletes could compete at the Olympics with little to no fuss, placing somewhere below the podium, enjoying their experience before heading home to the state broadcaster declaring them Olympic champion. Whether all, or some, of this happens could prove to be largely irrelevant. What is relevant, however, is that President Kim has identified the gulf in thinking between Moon and Trump. While the two countries are traditional allies, their current leaders are drifting further apart (not something necessarily specific to South Korea over the last 12 months), with the US and South Korea having vastly different ideas about how best to deal with North Korea.

The two nations have a common end goal, but no common strategy on how to achieve it. Moon thinks it should be done through a process of encouraging them them out of isolation, offering them relief from sanctions, or international investment. South Korea is urging for open dialogue in the hope that they can make diplomacy work in one way or another.

The US is pretty much done with such ideas. Trump believes its been tried for decades with zero success, and, while appearing to go along with it in the meantime, makes simultaneous threats of military action as a follow-up alternative.

Kim’s Machiavellian move cuts the US out of proceedings altogether, making it harder for them to sway South Korea in future decision making.

What will be key is whether this move is the start of a new dynamic between North and South Korea, or simply the North just giving itself more time. Kim’s unpredictability gives him leverage and it will be fascinating, or frightening, to see how it plays out.