A Guide to Exploring PyeongChang During the Winter Olympics 2018 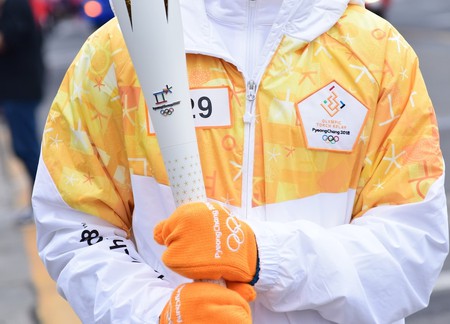 Not to be confused with the North Korean capital Pyongyang, PyeongChang is a sleepy South Korean city that has been recently thrust into the limelight as host for the upcoming XXIII Olympic Winter Games. This guide will help you decide what to eat, where to drink and how to spend your time during the PyeongChang Winter Olympics 2018.

Surrounded by the Taebaek Mountains 180 km (110 miles) east of Seoul, PyeongChang has undergone a rapid transformation in preparation for the world’s attention. High-tech stadiums and a new high-speed rail line from Seoul have completely transformed the area. Restaurants, shops and hotels are also getting in on the action. Here’s what you can look forward to: 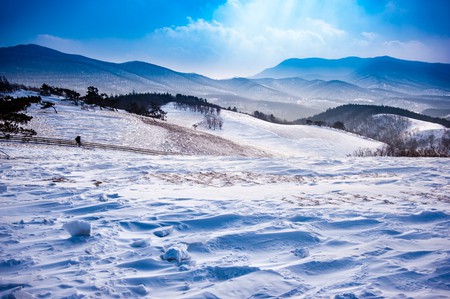 Every province in Korea produces its own edible specialties, and Gangwon-do, the provincial home of PyeongChang, is no exception. Start the day off with a steamed bun filled with traditional red bean paste from Bongme Food Company, then head east to the coastal village of Chodang-dong, where over 30 family-run restaurants specialize in chodang sundubu, a soft tofu made with saltwater from the East Sea.

Be sure to stop by Dongi Ne for another regional delicacy called makguksu, cold buckwheat noodles, which were first brought to the Korean peninsula by the Mongol Empire sometime during the Goryeo Dynasty (tenth – fourteenth centuries).

The most ubiquitous liquor in all Korea is soju, a clear rice whisky that famously accompanies galbi, Korean barbecue dishes. Soju can be cheaper than water and is available in the most humble convenience stores, as well as fine-dining establishments. Try soju at Hanwoo Town, a popular barbecue eatery.

Another great place to try this liquor is Que Paso, which hosts regular live music along with pints of Cass or Hite, Korea’s two most popular beer brands.

For a more après-ski style ambiance, the Oxy Lounge at the InterContinental Alpensia PyeongChang Resort offers classic cocktails and a terrace with a fire pit. If you prefer views with slopes, visit the Edelweiss Lounge at the Holiday Inn Resort Alpensia.

Visitors have the option of staying close to the action in one of many hotels, or in the hubbub of Seoul, which is only a mere 58 minutes away on the new high-speed rail line.

Near the ski jumping and sliding facilities is the upscale Alpensia PyeongChang Resort, which houses the international hotel brands InterContinental and Holiday Inn. Near the ice arenas in the coastal Gangneung area, hotels range from the stylish, redbrick, boutique hotel BomBom to the elegant, beachfront Seamarq hotel designed by architect Richard Meier.

A smattering of historic and cultural sights, some spanning centuries, are scattered throughout this mountainous region. Surrounded by fir trees, Woljeongsa Temple is a great example of traditional Korean architecture with its gently curved roof and colorful dancheong paint patterns. Then check out the Lee Hyo-seok Culture Village, an open-air museum dedicated to the renowned Korean author of “When Buckwheat Blossoms Bloom,” a beloved Korean short story.

For those interested in history, a visit to the Gangneung Unification Park along the DMZ is a must. It features a museum inside a decommissioned warship.

For art fans, Samtan Art Mine showcases over 100,000 pieces of contemporary art in an abandoned coalmine. 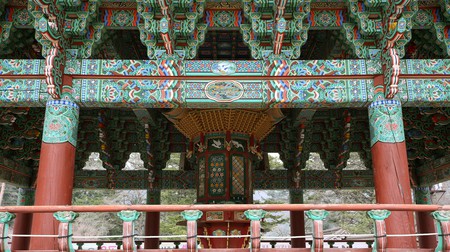 Take a break from the excitement of the games and immerse yourself in nature. Start with a rail bike ride on a decommissioned train track along the East Sea in Jeongdongjin. Then head back to the mountains to the Byeongbangchi Skywalk, a glass-bottomed, cliff-top observatory that gives visitors a birds’ eye view of the region.

For something more in line with the games, visit the PyeongChang 2018 House. This is an interactive exhibition hall set in old shipping containers. It features displays on everything you ever wanted to know about the 2018 Winter Olympic Games.

Get your cultural fix at Museum SAN, an outdoor temple filled with light, water, gardens and stone. The temple, which sees over one million visitors a year, was created by architect Ando Tadao.

Venues for the games are set in two main areas of Gangwon province, though both are within a 30-minute drive from the main PyeongChang Olympic Plaza in Daegwallyeon-myeon. Stadiums in the PyeongChang Mountain Cluster include the newly built Olympic Sliding Centre and the Jeongseon Alpine Centre. The Gangneung Coastal Cluster includes the recently constructed Gangneung Ice Arena and the Gangneung Hockey Centre—both facilities were sustainably built on former landfills with pine trees cut on-site. 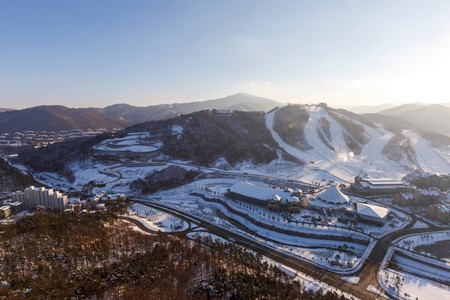 Ski resort in Pyeongchang | © Alexander Khitrov / Shutterstock
Give us feedback