7 Amazing Migratory Birds You Can Find at Suncheon Bay 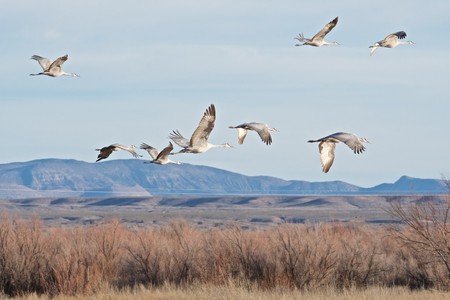 A wide estuary and tidal flatland, South Korea’s Suncheon Bay is inhabited by more than 200 species of birds. Many of them, including several endangered varieties, stop here along their migratory routes. Learn more about a few of these magnificent migratory creatures that call Suncheon Bay home below.

The mallard or wild duck is the largest and the most abundant duck in the world, and primarily inhabits the wetlands, marshes, ponds, lakes, rivers and flooded areas of the northern hemisphere. While the females of the species are brown in color and quite plain looking, the males (or drakes) have a shiny green head, a white ring around their necks and gray feathers on their wings and belly. Due to its beautiful aesthetic, the mallard duck is one of the most popular ducks for bird watchers and, unfortunately, hunters. 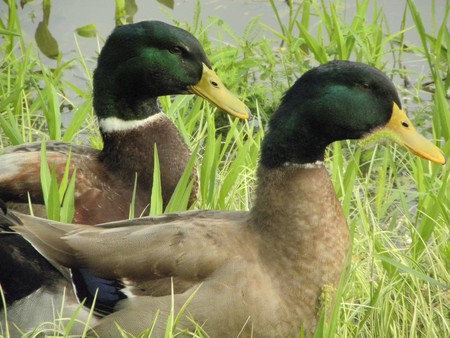 The common shelduck resembles a small short-necked goose both in size and shape. It is a remarkable species, with a reddish-pink bill, pink feet, a white body with chestnut patches and a black belly, as well as a dark green head and neck. Found in Europe and Asia, these creatures most often live in sandy or muddy areas near the coast or on inland brackish lakes and marshes. 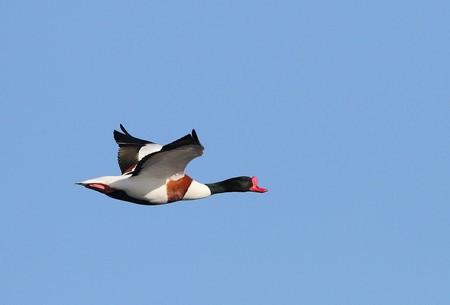 Eurasian curlew is a wading bird. During its 5,000 kilometer migratory flight from Australia to Siberia, it loses half of its body weight. During this flight, it rests for two weeks at Suncheon Bay to rebuild its strength by consuming the rich food sources available in the wetlands. In addition to providing an abundance of nutritional food, the numerous beds of Suaeda japonica reeds and Phragmites communis (common reeds) serve as a natural shelter for the birds. 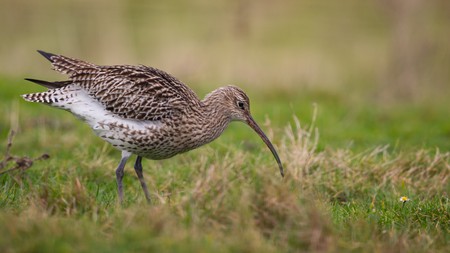 Black-faced spoonbills are long-legged, long-necked wading birds that bear a resemblance to egrets. Their black, elongated beaks gradually narrow and flare out into a flattened disk with a nail at the tip. With a global population of around 3,300, they are the rarest and least-studied spoonbills in the world. The birds breed between March and September on small islands along the western coast of the Korean Peninsula to China’s Liaoning Province, with the Demilitarized Zone (DMZ) between North and South Korea being the biggest breeding area. In winter, the black-faced spoonbill migrates southward to their wintering grounds, stopping in Suncheon Bay. 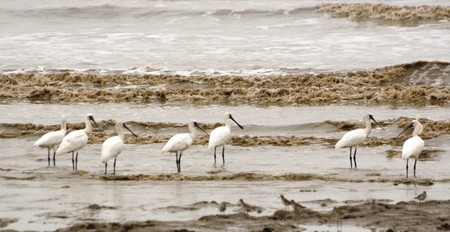 The short, thick-necked cattle egret spends more time in fields than in streams. It scours for food at the feet of cattle (hence its name), or rides on their backs to pick at ticks. This stumpy white heron boasts yellow plumes on its head and neck during breeding season. Originally from Africa, where it forages alongside camels, ostriches, rhinos, and even tortoises, it is now found throughout the world. 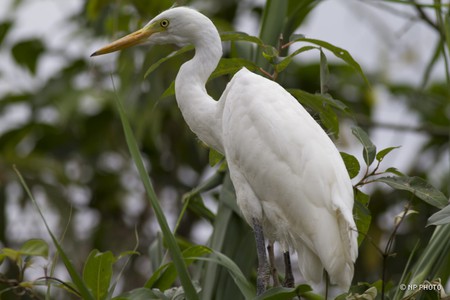 The dunlin is a recognizable shorebird all over the world. Its vivid reddish back and black belly and long bill differentiate it from almost all other shorebirds. In winter, it feeds in flocks – sometimes numbering thousands – roosting on nearby fields, salt marshes and shore during the high tide. The dunlin is one of many species that spends part of the year in South Korea and elsewhere in Asia, but travels to Alaska for the summer breeding season. 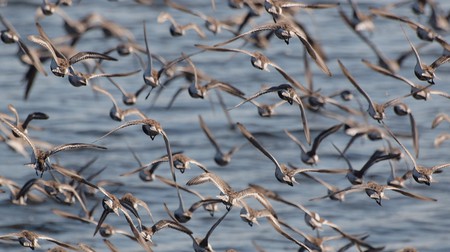 The white-naped crane is a large species of crane, it has a gray body, pinkish legs, a gray and white neck, a white head and characteristic red patches around its eyes. The birds inhabit grassy marshes, wet meadows and reed beds in broad river valleys. The eastern populations of the species migrate through the Korean peninsula, and winter in the DMZ between North and South Korea. Several hundreds of birds continue on to southern Japan, where they join a large wintering population of hooded crane. 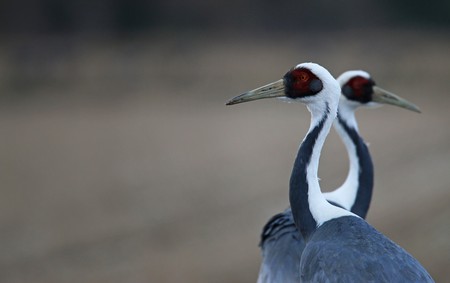