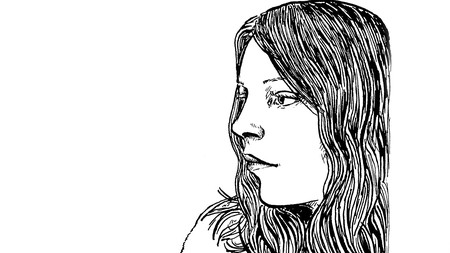 What are you currently translating?
I’ve just finished a third book by Bae Suah, my main-writer crush aside from Han Kang, which will be published by Open Letter later this year. They brought out A Greater Music in October, and Deep Vellum have just published Recitation. She’s one of the most thrillingly original writers in any language, and also translates into Korean—Sebald, Pessoa, Sadeq Hedayat, Clarice Lispector. If you imagine her own writing as a cross between all these, you won’t be far wrong.

What approach or procedures do you take when translating?
My first draft is relatively close to the original, straight the way through without stopping to edit, because it’s mostly for me to read / ensure that I’ve understood the original. Then I put the original aside and rewrite my draft from beginning to end in order to make it live and breathe as a work of English. Then one more time from the beginning, this time checking the translation against the original to catch as many mistakes as I can and to spot the handful of places where I decide that actually, I can get a bit closer to the original and still retain the voice, tone, rhythm, register etc. At that point I’ll have flagged up maybe 20-30 points that I need to ask the author about—references, foreign words that have been transliterated into hangul, homonyms where the context doesn’t make it clear which option is correct, particularly thorny grammar. Because Han Kang can read English well, these days we’re able to discuss my final draft together, which I’m always grateful for.

What kinds of works or regions do you gravitate toward?
Bae Suah is more overtly experimental than Han Kang, but they’re both highly literary writers, and not considered typical / representative of contemporary South Korean fiction. Partly that’s personal preference, and partly these are the works that, because I learned Korean as a grad student in the UK and haven’t lived in Korea, I feel like my skills are best suited to. Writers who were very colloquial, who use the language to reflect the way it’s spoken today, or whose work relies on a deep knowledge of a particular cultural context, would be very difficult for me.

Who or what are some untranslated writers or works that you would like to see in English? Why?
There’s a spate of contemporary Korean writers making it into English these days—Jung Young Moon, Hwang Sok-yong, too many to name from Dalkey Archive’s series—so I think it’s time we saw some older work. The modernist movement of the 1930s is full of classics, and my personal favourites are the psychologically acute, incredibly atmospheric stories of Choe Myung-ik. They’re also fascinating because they’re set in Pyongyang, before the Korean peninsula was divided into north and south. He belongs on the NYRB Classics list.

What are some of the more interesting literary developments happening in the language or region you translate from?
There’s a lot of really daring, avant-garde work being done by younger writers, reinventing metafiction and playing with language in a way that’s influenced both by international and domestic writers. One of the most notable examples is Han Yujoo’s The Impossible Fairy Tale, which Graywolf (US) and my own press Tilted Axis (UK) are publishing this year, in Janet Hong’s translation. There’s also more genre-blending, particularly around sci-fi.

What is a recent translation challenge you faced?
In Recitation, there’s a poem by Philip Larkin, quoted in full in the original English, followed a bit later on by Bae’s own Korean translation of a stanza from that same poem, now written out as prose. Leaving this latter untranslated, in hangul (the Korean alphabet), would have an appropriately alienating effect on the majority of English-language readers, and spark equally appropriate thoughts on the intrusive mediation of translation and the lack of true equivalence between any two languages, but a truly equivalent effect would not be possible, precisely because English and Korean play greatly different roles in the historical and current practice and politics of world literature: while the majority of Korean readers will be in some sense able to read the quoted English, albeit with the help of a dictionary, a similar majority of readers of the translation will be faced instead with a series of impenetrable signs, which they will be able to neither look up nor even sound out. Luckily, as is often the case, another point in the text presents the opportunity for the translation to do what it hadn’t been able to in precisely the same spot. So I chose to include the quoted lines from Wagner’s Lohengrin (“Nie sollst du mich befragen…”) in the original German, though the strict ‘equivalent’ would have been to translate them into English as Bae herself translates them into Korean.