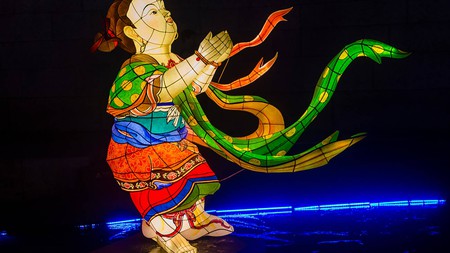 One of Asia’s great cities, and a technology-forward powerhouse, Seoul mixes the cutting-edge with the deeply traditional – all to the soundtrack of K-Pop. Here are Culture Trip’s top reasons why you should place Seoul on your travel bucket list.

Competing with Tokyo, Beijing, and Taipei for your attention, Korea’s capital is often overlooked as one of Asia’s top cities to explore. But there is plenty to discover in Seoul that you might not know about. Skyscrapers and futuristic architecture, like the Lotte World Tower, sit alongside ancient Buddhist temples and traditional houses at the Bukchon Hanok Village.

Get in touch with Korea’s history 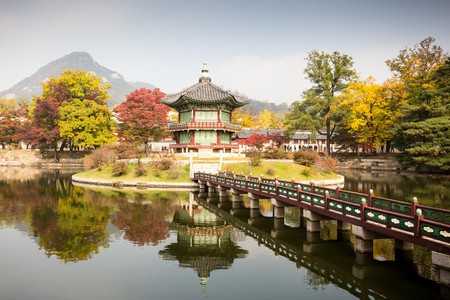 As the country’s capital, you’ll find an abundance of historic sites to help you gain a deeper understanding of Korean culture. Gyeongbokgung Palace, for example, is an absolute must-visit when in town. Built in 1395, it served as the home to the kings of the Joseon dynasty, the kings’ households, and the government. You can also visit more recent historic sites, such as the War Memorial of Korea, dedicated to those who gave their lives during the Korean War. It comes with a vast museum of more than 10,000 artefacts, displayed in indoor and outdoor exhibition halls. 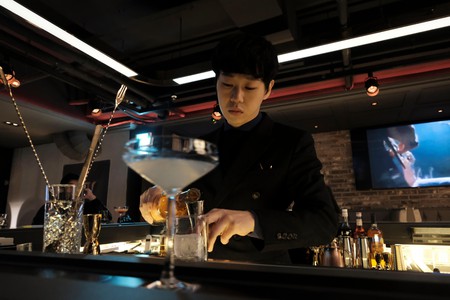 Seoul is a vibrant city – even more so when the sun goes down and its population comes out to play. In fact, South Koreans truly know how to have fun, and the local nightlife culture has developed a “station system” with a restaurant for dinner being the first station, followed by bars, pubs, karaoke rooms, and more food and drinks along the way. It’s not rare for a night in Seoul to end after five, six or more different “stations”. Head to Itaewon, Hongdae, and Gangnam for the best night out. 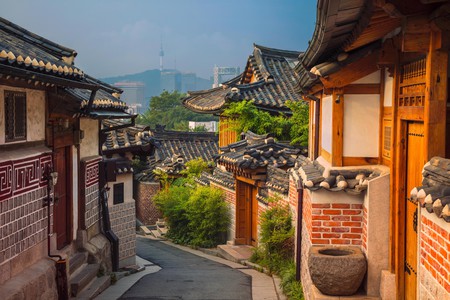 Seoul is doing a fabulous job in keeping Korean culture and traditions alive. Take the National Museum of Korea, for instance. It displays over 12,000 artefacts in six permanent exhibitions, from Medieval to early modern history. You can also experience culture first-hand by wandering areas like Bukchon Hanok Village, a lovely neighbourhood made up of traditional Korean houses, or hanok. Here, you’ll find craft shops, art galleries, and even traditional teahouses.

Get years ahead in technology 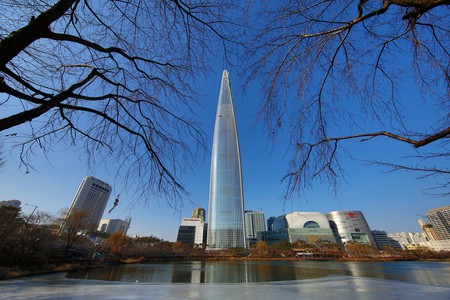 South Korea is known for being extremely technologically advanced. Seoul, in particular, has shown an incredible passion for innovation in both technology and the architecture of its cityscape. Lotte World Tower, for example, opened in early 2017 and is now the tallest building in the country. What’s even more fascinating is its double-decker elevator, the fastest of its kind worldwide. It’s also the world’s first elevator with animated screens on all sides. And don’t forget to look up – the ceiling projects the development of Seoul from the Joseon Dynasty until today. 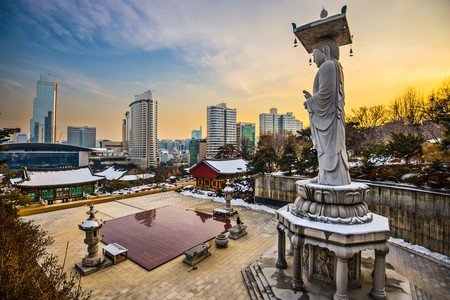 While the number of Buddhists in the country has been shrinking, making up under 20 percent of the population today, Seoul’s temples still shine as bright as ever. Spiritual at heart, the locals, especially the older generation, appreciate the traditional customs of Buddhism and visit a temple regularly. Foreigners will find that the local staff and monks living and working in the temples are open for discussion. So-called Templestays are available throughout the country and even in the city of Seoul. You can stay one or multiple nights, living like a monk at the temple while partaking in Buddhist rituals and ceremonies.

Have fun on a budget 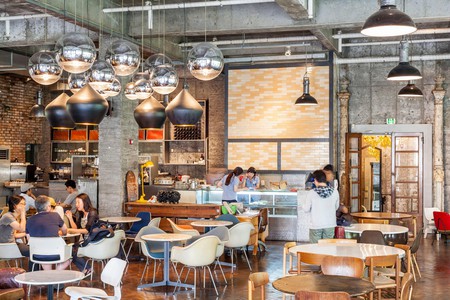 Despite the increasing cost of living in the capital of Korea, travellers will find that it is still a lot cheaper to get by compared to North America, Europe or Australia. Public transportation and meals at restaurants are much more affordable than in Korea’s eastern neighbour of Japan. You can find a dormitory room for as low as US$10 (£7.30) a night. This is what makes South Korea a great holiday destination in east Asia. 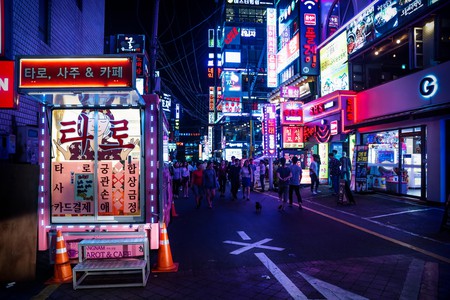 You might be surprised that Seoul’s neighbourhoods are all unique and distinct. Many travellers find themselves in Myeongdong, the shopping paradise of Seoul, home to multiple flagship stores and a multitude of funky themed cafés. Hongdae, is another hip area, home to students who attend Hongik University. The area is known for cheap eats, cheap shopping, and cheap entertainment – great for small wallets. Gangnam is Seoul’s fanciest neighbourhood. Here, you can shop for Louis Vuitton bags, a new Porsche, and the perfect nose in the same street. In whichever neighbourhood of Seoul you’ll find yourself, you’ll always see something new. 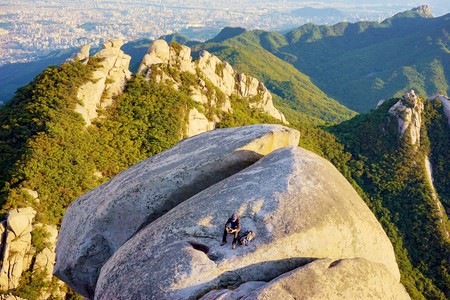 It might surprise you that Seoul is one of the few megacities surrounded by tall mountains. That means that countless hiking adventures are just within reach via the local subway. Bukhansan is the tallest mountain near Seoul, at 836.5m (2,744ft) above sea level. Inwangsan and Namsan are other popular choices for local hikers. What’s great about these mountains is that you’ll always be rewarded with splendid views of the city once you’ve reached the top. 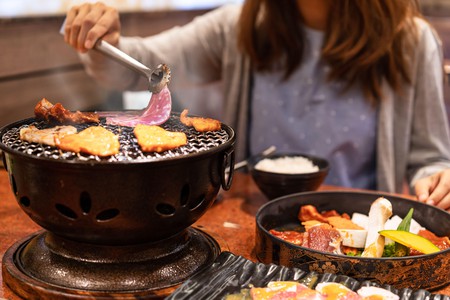 You may think you’ve had great Korean barbecue before, but you haven’t tried the real deal until you come to Seoul. One of the best BBQ restaurants in the city is Wang Bi Jib, serving high-quality marbled cuts of meat seasoned with light salt. Another local favourite is Seocho Myeonok, specialising in galbi jjim, meat slow-cooked in a beef broth and served in clay pots with veggies.

Shop ’til you drop 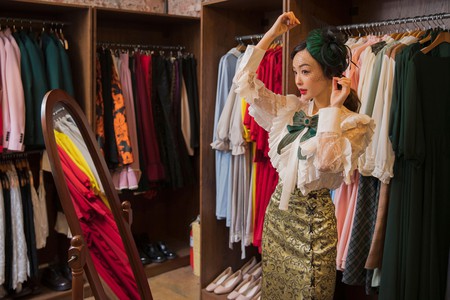 Each year, millions of tourists from neighbouring Asian countries come to Korea for one sole reason: shopping. They want to pick up the latest trends in Korean fashion, get their hands on high-quality Korean skincare products and visit one of the many large department stores for the ultimate shopping experience – tax-free! In general, you can receive a tax refund at the airport when you submit your receipts at the tax refund booth. However, more and more tax-free stores allow foreign customers to get immediate tax refunds below a certain limit.

Have fun at festivals 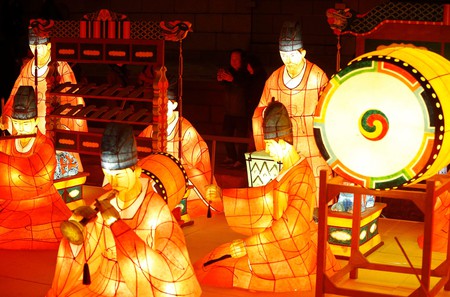 Whenever you visit, you’ll probably have a chance to take part in one of Seoul’s many festivals. In the spring, the Yeouido Cherry Blossom Festival is one of the most popular events for locals and foreigners alike. Come summer, Buddha’s Birthday is celebrated all over Korea with large parades in Seoul and events at temples around the city. Many also enjoy the Ultra Korea music festival, dedicated to electronic music. In the fall, the popular Fireworks Festival is held on Yeouido Island overlooking the Han River. Finally, the winter months mean Changgyeonggung Stream (the river that runs through the heart of Seoul) is decorated with seasonal light ornaments and is a popular destination for Christmas. 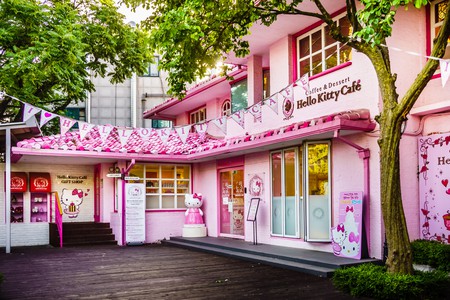 If there’s one thing Seoul has plenty of, it is quirky cafes. Themed cafés first came about a couple of years ago in Seoul’s Hongdae district with the first cat café. Today, the city is filled with “pet cafés” which host animals such as cats, dogs, sheep, even raccoons or meerkats. Yes, you can pet them. Other cafés are themed according to a specific cartoon character, such as Hello Kitty or Kakao Friends. Whatever theme you are looking for, you won’t have to look long for a café in Seoul to please you.