11 Reasons You Should Visit Gimhae, Korea

Visit Busan and you’ll probably fly into Gimhae International Airport. Although many visitors confine their visit to Gimhae to the Arrivals terminal and Light Rail station, there’s much more to see and do in this historic city. Here are 11 reasons why you should take a trip to Gimhae.

Situated on the Nakdong River, Gimhae was once the seat of the ancient royal house of Geumgwan Gaya. You can visit the Royal Tomb of King Suro (see below) and see historic buildings, including Haeeunsa Temple and Gyeongunsa Temple. Keen hikers can also head up to Bunsanseong Fortress (built in 1377 to defend against threats from Japan) for sweeping views of Gimhae. 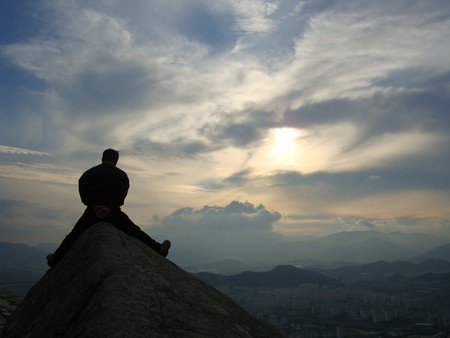 You can learn about Korean archaeology

Built at the foot of Gujibong Peak — the legendary birthplace of Gimhae’s founder, King Suro — Gimhae National Museum focuses on the Gaya kingdom and the region’s prehistoric history. The artefacts here give an insight both into the area’s cultural heritage from the Neolithic Age onwards into the archaeological practices used to find them. There’s a charge for special exhibitions, but the museum itself is free of charge.

It has a theme park

Just outside Gimhae, Gaya Land was briefly famous as a photography location. Abandoned in 2011, the theme park lay unused until its resurrection in 2017. Whilst you can’t take your slightly creepy abandoned-theme-park photos there any more (if that’s your bag, head to Seoul’s Yongma Land), you can enjoy a more upbeat day out instead. The small park is now a popular destination for families, young people and couples looking for not-too-wild thrills and spills on its fairground rides.

There are awesome restaurants

Whilst it’s decidedly not a tourist destination, Gimhae’s restaurants are arguably all the better for this; you can be certain that your bibimbap or your gukbap are made to exacting Korean standards. Head down Geumgwan-daero in Nae-dong, Gimhae’s main drag, and you’re sure to find something to suit your fancy. 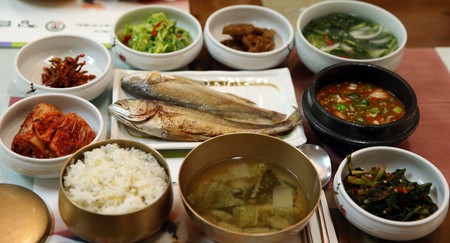 It has Korea’s largest water park

Korean summers are hot, humid and long. So Busanites like to cool down in the water, either at one of the city’s many beaches or in the gigantic Lotte Water Park in nearby Gimhae. Covering an area as large as 17 football fields, the water park contains rides such as the 118-metre Tornado Slide, the Tube Slide, and Tiki River; attractions including indoor and outdoor wave pools and a kids’ pool and a fully equipped spa and jjimjilbang.

It has the sweetest sweet persimmons

Gimhae’s maritime climate is the mildest in Korea, which means that conditions are optimum for fruit-growing here. Sweet persimmons are a Gimhae specialty and said to be the sweetest in Korea. The fruits are celebrated by a festival at Jinyeong Public Playground which has been held every November since 1985 and includes a variety of persimmon-related games and activities.

There’s a royal tomb in the city centre

Smack-bang in the centre of Gimhae lies the Royal Tomb of King Suro, the legendary Gaya king from whom the Gimhae Kim clan claim descent. Allegedly born from an egg which came down from the sky in a golden bowl, King Suro’s reign was some time between AD 42-199. The tomb’s external buildings, however, were built in 1580 by the Yeongnam governor Heo Yeop; the tomb complex contains various points of historical note. You can’t miss it — just take the Gimhae Light Rail and alight at the stop for the tomb.

It has a Wine Cave

It’s a raspberry wine cave. Gimhae is famous for the sweet fruits, and Korean raspberry wine (or bokbunja-ju) is produced here. The wine cave can be found in Gimhae Nakdonggang River Rail Park, where you can also ride a rail bike, stop for a snack at a cafe built in a decommissioned train, or see the Nakdonggang River from an observation platform. 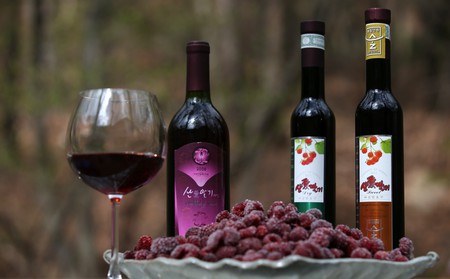 You can pick strawberries

Another Gimhae specialty is strawberries. Many strawberry farms around the city open their gates to visitors who can pick their own fruit to take home — freshness is guaranteed. There are plenty of farms to choose from, and the season for winter strawberries lasts from December until June.

There are romantic fountains

Yeonji Park, close to Gimhae National Museum, is a popular date spot for local couples. It’s a quiet haven in the heart of the city, with wooden bridges stretching over still lakes and trees and greenery all around. Lotus flowers float on the water. In the evening, fountains in the lake are lit up to create a watery light show.

As you’d expect from a city containing one of Korea’s major airports, Gimhae has great connections to the rest of the country. From Busan, you can simply take the Gimhae Light Rail line from Sasang metro station, a journey which takes around 45 minutes. Gimhae Bus Terminal is located next to Gimhae Shinsegae Department Store and buses run to destinations all over Korea.