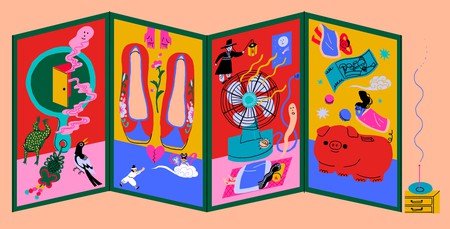 Despite its world-class advancement in technology and manufacturing, South Korea – a country that was once rooted in shamanism – is awash with superstition. From selecting a spouse and naming a baby, to starting a new business and moving to a new home, Koreans go through convoluted rituals to invoke fortune-tellers, shamans, and diviners. Here are some of the most common superstitions still believed by many today.

Giving shoes to your partner will make them run away

Aside from the fact that it’s difficult to guess a significant other’s shoe size, giving shoes as gifts to a loved one in South Korea is a huge no-no. Superstition states that presenting a lover with a pair of shoes will make him or her run away… most likely in the same pair of shoes! 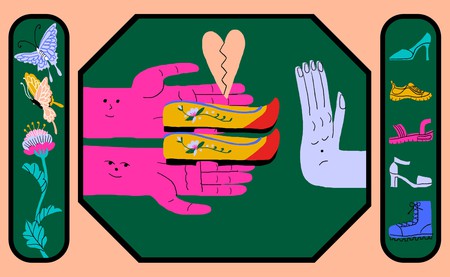 Fans can kill you

Death from sleeping with an active fan in a closed room may seem like the stuff of fiction, but it’s no joke in South Korea. Seonpoonggi samangseol (“fan death”) is believed to be an actual cause of death, not just superstition.

Fears about electric fans in Korea date back to 1927, when a story was published in a national newspaper warning readers that the new technology came with medical risks such as nausea, facial paralysis, and even asphyxiation – the theory being that the fan’s circulation of stale air causes its user to choke on their own carbon dioxide. Some suggest the fan death myth was even promulgated by the government to limit the use of electricity during the 1970s energy crisis. Nevertheless, stories surrounding fan death continue to regularly crop up in the South Korean media, especially in the summer months.

It’s no surprise that education-obsessed Korea has plenty of superstitions surrounding test taking. One of them states that eating sticky foods, such as toffee and yeot (traditional Korean taffy) will help the knowledge obtained from studying ‘stick’ in the student’s mind. It’s not uncommon to see well-wishers distributing yeot to students as they enter exam centers to take the Suneung, South Korea’s College Scholastic Ability Test. The superstition also states that eating slippery food like seaweed soup has the opposite effect, and will cause a student to ‘slip’ down the exam result ratings.

Writing names in red ink is a death threat 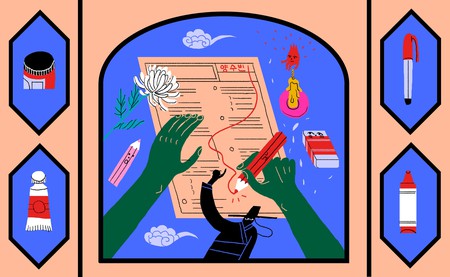 Dreaming of pigs will bring you wealth

In many countries, pigs are often seen as dirty animals but in Korea, they are representative of fertility and wealth. This is because the pronunciation of “pig” is similar to the pronunciation for “jade.” Therefore, many Koreans believe that dreaming of pigs is a sign that great riches will soon be bestowed on them.

Four is an unlucky number

This superstition stems from China, where the word for the number “four” sounds similar to the word for “death.” This rings true for Sino-Korean, which is rooted in the Chinese language. Many elevators in South Korea actually use the letter “F” in place of the number “4” to represent the fourth floor, similar to how some American elevators jump from the twelfth to the fourteenth floor, skipping the thirteenth.

Setting foot on a threshold can bring misfortune

This superstition dates back to the time of the Mongol invasion of Goryeo Korea, when the body of the deceased would remain in the home for some time. Afterward, he or she would be carried out of the house in a coffin. Once the coffin had crossed the threshold of the front door, the boundary between the living world and the afterlife too had been crossed. Therefore, it’s bad luck for a living person to step on the threshold.

Don’t put a mirror in front of a door

Mirrors are the foundation for a number of superstitions all around the globe. While Europeans and North Americans take care not to break mirrors, Koreans avoid putting them directly in front of a door, as this will deflect good luck from entering. 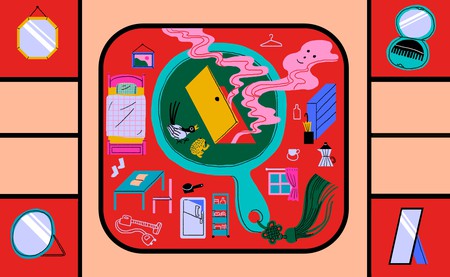 While whistling is often associated with feelings of happiness, it is highly discouraged in South Korea, at least after the sun goes down. In fact, it has long been believed that whistling at night can summon spirits, ghosts, demons and other unearthly creatures. A slightly less terrifying but still frightening version of the superstition is that snakes will appear instead of spirits.