10 Necessary Components of Every Korean Drama 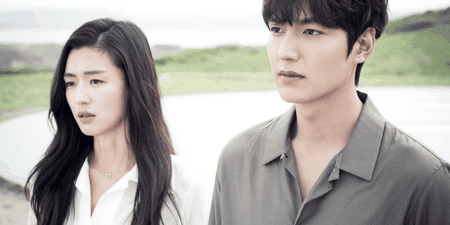 From wrist grabs to body swapping, you're sure to find these clichés in every K-drama. | © Box Asian / WikiCommons

Korean dramas are wildly addicting. Although some TV networks have been revamping their story lines in recent years, there remain to be a number of clichés that just won’t go away. Love them or hate them, here are the top 10 elements you’ll find in every K-drama.

A charming but ‘flawed’ female protagonist. Despite her charming personality and heart of gold, the female protagonist is sure to have some sort of inadequacy. Whether it’s a chubby figure, a lower-class family or simply because she hails from under the sea (so she’s got a fish tail – so what?), there’s sure to be some characteristic that creates an obstacle in the story.

A wealthy and unusually good looking male lead who hangs with a similarly attractive group of bros. Your typical male protagonist tends to start off as a rude, inconsiderate and spoiled brat, but is eventually transformed into a good guy by the end of the show (usually thanks to the charming-but-flawed female.) Boys Over Flowers and You’re Beautiful are perhaps the ideal examples of this character.

Awkward, uncomfortably long and static kisses. Kissing scenes last FOR-EEEV-ER in K-dramas, and great effort is put into making them as dramatic is possible, often through emotional music or arc shots in which the camera pans around the motionless actors in a circular motion. This video says it all:

An evil, disapproving mother-in-law eager to mess up her son’s relationships. If you’ve got a wealthy, handsome male lead, he’s sure to have an over-protective mother who worships the ground her son walks on. They are often incredibly conniving, not to mention extremely unlikeable, but are often some of the most interesting characters due to the drama they add to the story.

Piggyback rides. At some point in the story, the leading lady will either drink too much soju, sprain her ankle, or faint at the discovery of some unknown and surprising fact. You can bet your bottom dollar that, at this point, she will be whisked up by her love interest and given the most romantic piggyback of her life. Some of the most charming can be seen in Pinocchio, The 1st Shop of Coffee Prince, and I Can Hear Your Voice.

A sick person. Of course no Korean drama would be complete without tragedy, and this is often accomplished by having a character in a car accident. Or contracting a terminal illness. Or coming down with a bout of amnesia (an all-time favourite). Some of the best hospital moments can be found in Master’s Sun, Oh My Venus, My Love from the Star, and the memorable fight scene of Doctors.

Arm grabs. Ah, the K-wrist grab. This cliché is most commonly incorporated into scenes following an argument or when the female lead is forced to go somewhere against her will. Despite the male’s inclination toward violence, the leading lady will still fall for him. The Heirs really upped the ante with this move when it made use of not one but two wrist grabs – at the same time.

Back hugs – because regular hugs are so last decade. Back hugs are an absolutely essential component of just about any K-drama and are a monumental milestone in the relationship of its central characters. There are all kinds of back hugs – ‘don’t go’ back hugs, accidental back hugs, and apologetic back hugs – but all elicit a slew of emotions on the viewer’s end.

Body swapping. Yet another common cliché is that of body swapping, in which two central characters – often of opposite genders – mysteriously swap bodies à la Freaky Friday. Big, Secret Garden, and Please Come Back Mister have all used the body/gender-swapping storyline, and with much success.

An emotional roller coaster ride. Despite the ever-present clichés, most K-dramas also do a great job of including a good amount of tonal variation. Merging silliness and spectacle with tears and tribulation, these tragic-comedies are often a wild ride of emotions, both for the characters in which they feature, as well as for viewers.

Perhaps this is what has made K-dramas so wildly popular around the world, and is what will continue to make them so relatable in the future.