The History Of Singapore's National Library In 1 Minute 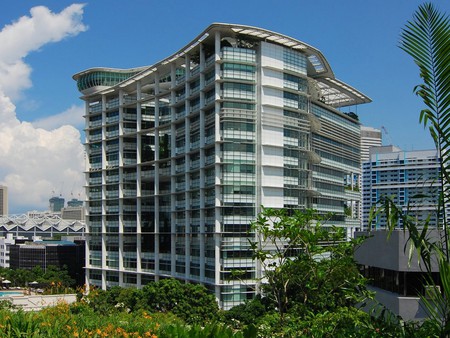 Much like other elements of Singapore’s history, the National Library was first established long before Singapore became a country in 1965. The National Library has moved several times in its 193-year existence, each time to accommodate increased usage and a growing collection of resources.

The country’s first library was pioneered by the founder of Singapore, Sir Stamford Raffles in 1823. The library was accessible to everyone for a fee, however many people were upset about its limited operating hours. This led to the founding of Singapore’s first dedicated library in 1845 and by 1849 it had grown to include a museum – the Raffles Library and Museum, cataloguing the early history of the island through texts and artefacts.

In 1953, Lee Kong Chian, a Chinese rubber tycoon, made the first major donation towards the construction of a new library on Stamford Road, and in 1957 he laid the first foundation stone to mark the beginning of construction. One of the conditions for Lee’s donation was that the library be free for all Singapore residents to use. Soon after the completion of the Stamford Road structure, the library was renamed the National Library. 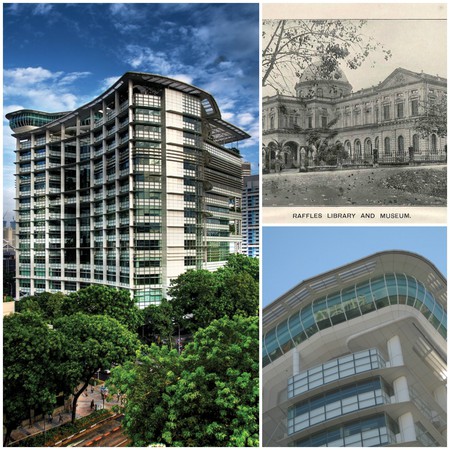 In 2000, motions were started to relocate the library. The Singaporean government wanted the land for two projects; a new road tunnel and the Singapore Management University campus. Many local citizens argued to have the old building preserved as a historical landmark but they were ultimately unsuccessful. Once again, the majority of the funding came from the late Lee Kong Chian, this time through his foundation, leading to the new National Library building on Victoria Street, officially named the Lee Kong Chian Reference Library (LKCRL).

Similar to many buildings constructed recently in Singapore, the architecture is designed to be environmentally friendly. The building is outfitted with a range of sensors, from rain sensors which control the irrigation systems depending on the levels of rainfall to motion sensors in washrooms and on escalators. Another defining feature of the building is The Pod, a small enclosure perched on top of the building. The Pod offers stunning views of Singapore but, unfortunately, it is only accessible during special events at the library.