The Best of Singaporean Pop Music 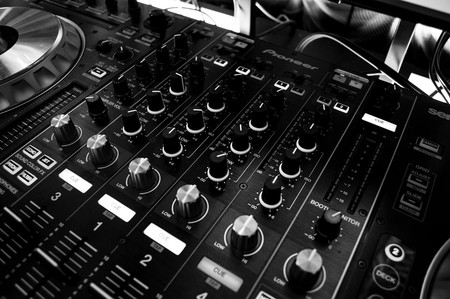 Singapore has a varied music scene, and it is difficult to solely label the music as “Pop.” Singaporean music has been influenced by plenty of music genres, from hip hop to grindcore. Here are some talented musicians that have managed to make an impression with their tunes.

This local rapper and hip hop artist has made a name for himself with his very localized style. His music instantly exudes Singapore, with song titles such as “Yaya” and “Start Already.” Initially part of other hip hop groups, he has managed to break out as a solo star. His ability to tell stories that the local population can immediately relate to, by focusing on his identity, has allowed him to carve out a niche for himself in the music industry.

Another hip hop and rap artist that is immediately identifiable in the local scene is Shigga Shay. He’s typically well known for his gravelly vocals and anthemic tunes that he often creates with his companions, Grizzle Grind Crew. Similar to THELIONCITYBOY, Shigga Shay does not shy away from using the environment he was raised in to help craft his music. His use of Singlish and other common languages in his songs is a testament to that, and he is typically adored by young people.

Up-and-coming singer-songwriter Jasmine Sokko made quite a bang when her debut single landed on the number one spot on Spotify Singapore’s Top 50 Viral Chart. She has since released her first debut EP. Her electronic imbued music strikes a chord with the local population, who is eager for something innovative. Her melodious and fluid vocals have been helping her gain international traction.

Inch Chua is one of Singapore’s popular solo artists, and her old-fashioned and introspective style has charmed local audiences. Going solo with her first full-length album in 2010, she has maintained independence by developing creative songs that are heartfelt and charming. Her last album includes references to her experience in Pulau Ubin, an offshore island in Singapore, and she samples sounds from the island itself.

One to watch out for, Tabitha Nauser was a popular Singapore Idol finalist about a decade ago, and she has been slowly growing and developing her catchy R&B style, perfect for a dance-loving audience. She only just started releasing her own tunes about a year ago, enhanced by her seductive, crooning vocals that have already made waves with fans, waiting eagerly for her next drop.

Moody and elegant is one way to describe the style of one of Singapore’s hottest upcoming singers. Her brooding vocals evoke long-lost, nostalgic, and bittersweet memories of old relationships. The electronic background to her unfettered voice and the vague, unsettling way her music video for “With U” is done, has helped her create an all-encompassing narrative that leaves her audience wanting more.

Sultry poster girl for breakups and bad relationships, Sam Rui has managed to skillfully craft songs with her seductive vocals and tempered electric soundscapes. Her music brings out long-suppressed emotions that listeners may want to push aside. This description is more praise than criticism, since rarely is a young singer so adept in handling beautifully layered music, coupled with raw emotion.