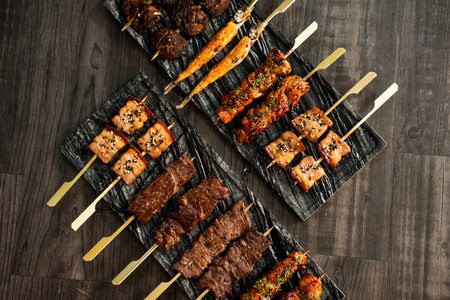 Courtesy of The Refinery

Jalan Besar is often forgotten about when mentioning Singapore’s hip neighbourhoods, but make no mistake as the area around the Little India and Farrer Park MRT stations is chock-full of adorable cafés, cocktail bars and more. Here’s Culture Trip’s roundup of some of the best places in the area.

Visit The Lighthouse Bistro + Bar for maritime-inspired meals. The restaurant is committed to using the freshest selection of ingredients, especially seafood. To get the most out of their menu, try the Fisherman’s Board, which has tiger prawns, Batavia squid, Atlantic dory and blue mussels. For your main dish, go for one of their most popular dishes, the Fishermen’s Angel Hair. 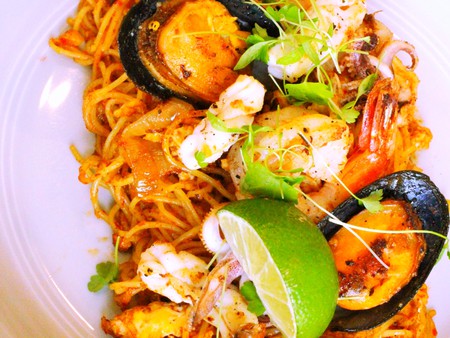 For a novel dining experience, try Singapore’s first superhero-themed café, Hungry Heroes. Stepping inside Hungry Heroes, it’s easy to think that you’ve entered a toy store rather than a restaurant. They boast an impressive collection of superhero toys, all of which are available for purchase. The menu is a carnivore’s dream, featuring a range of meats such as the ‘Nice to Meat You’ platter that serves three to four guests with a half rack of pork ribs, a 200-gram sirloin, a 250-gram deboned chicken leg, pulled pork plus a choice of roasted potatoes or fries. 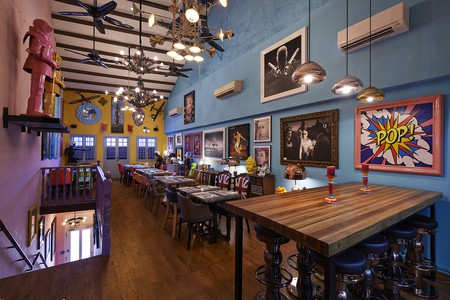 Try a modern version of a classic Singaporean snack at The Bao Makers. They focus on mantou buns, offering the option of steamed or fried with different fillings ranging from the classics such as pork belly and bulgogi to modern flavours, including salted egg shrimp and chilli crab. Other than the baos, the rest of the menu consists of fusion Western-Asian dishes like Fish & Chips and Yakiniku Don, a rice bowl with stir-fried beef slices and an onsen egg. 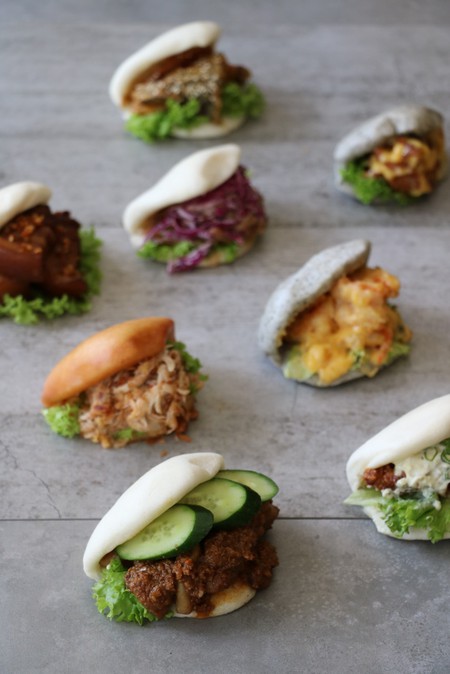 Courtesy of The Bao Makers

Don’t let its unassuming façade trick you – Two Bakers is an artisanal bakery owned and operated by two chefs who once trained at Le Cordon Bleu. Their speciality is éclairs, but another popular item is the Citron Chocolate Tart. If you’re not feeling the craving for something sweet, Two Bakers also has a few savoury dishes, including the Two Bakers TYB, a traditional-style pulled pork dish. 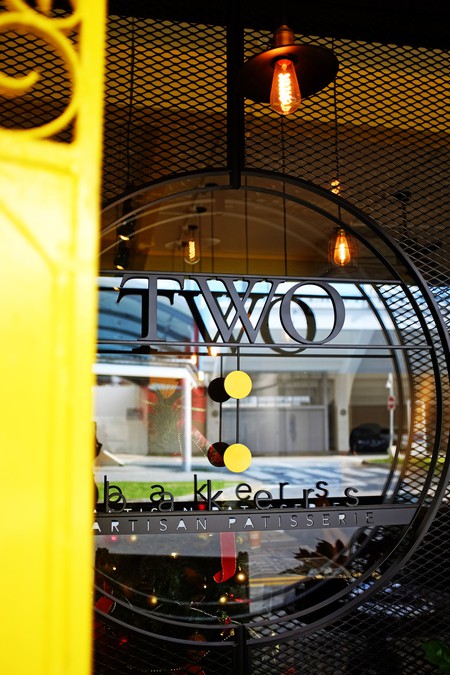 It seems that a new craft beer bar opens every other week these days in Singapore, but Druggists, named for its location in the former Chinese Druggist Association building in Jalan Besar, is one of the older and yet lesser-known craft beer bars on the scene. Together with The Great Beer Experiment, Druggists boasts 24 rotating taps, so beer lovers will have a tough choice to make! Luckily, the staff are happy to make suggestions and offer tastings. And better yet, Druggists is one of the few places where a half pint is actually priced reasonably. 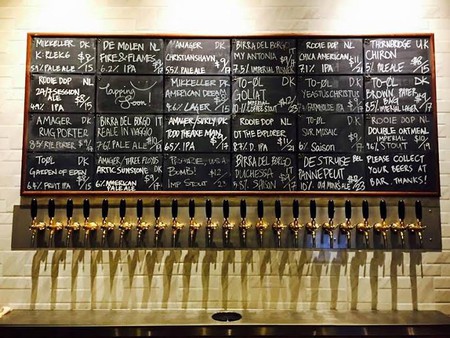 Continuing the trend of speakeasy bars in Singapore, Little Bastard is tucked away behind a back entrance through an alley from a hidden stairway inside The Refinery. Food-wise, they serve up a carefully curated menu of Asian fusion sharing plates and signature dishes with cheeky names like One Night in Tom Yum. Where Little Bastard truly shines is their creative cocktail selection. If you’re feeling adventurous, go for the Simply Yeo – a mix of sous vide gin, lemon peel, barley and bird’s nest – or the spicy Miss Siam, another gin cocktail where the spirit is infused with fiery chillis. 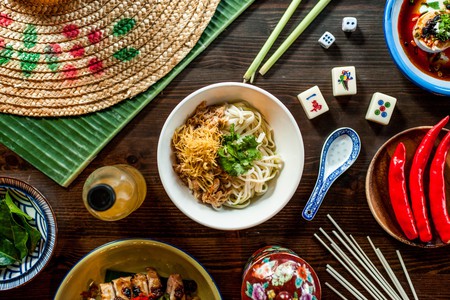 Arguably one of the coolest places to hang out in Jalan Besar, the multi-storey The Refinery is popular with local students and expats as well. On the first floor, you’ll find a Japanese yakitori, followed by a craft beer and bespoke cocktail bar on the second floor. The third floor is a workplace for designers, but the open-concept design makes the entire space feel very open and welcoming. Try one of the traditional yakitori skewers with your cocktail, or try to eat your way through the fusion tapas menu.

Courtesy of The Refinery
Give us feedback