'Lah': The Word Holding Malaysia and Singapore Together 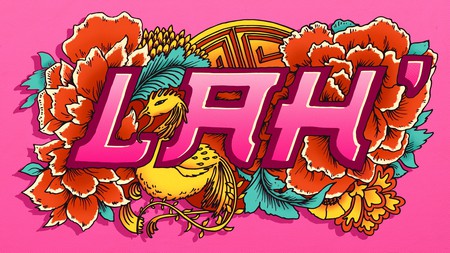 What’s in a word? For Malaysians and Singaporeans, it can mean common ground between two proudly independent nations that were once part of one. Here’s how the much-loved everyday expression ‘lah’ is more than just a cute colloquialism.

Singapore and Malaysia were once part of the British Malaya family – and afterwards, Singapore briefly belonged to independent Malaysia. Saying that the two countries share a common history is an understatement as decades of union have spun centuries of cultural, historical and geographical strands into a tapestry of connections between them. One of their most apparent links is in everyday colloquial language – Manglish and Singlish, specifically.

Singlish, or Singapore Colloquial English, is a localised form of conversational English commonly spoken on the streets of Singapore. Singlish sentences are often peppered with the quintessential ‘lah’, so much so that the term has become a dominant fixture of the colloquial language.

To English speakers, ‘lah’ is a particle or what English language professors call a ‘pragmatic particle’. Singlish uses about 11 particles, mostly borrowed from Chinese dialects like Hokkien or Cantonese, to indicate the attitude of how something is said. This simple three-letter word can mean an affirmation, dismissal, exasperation or exclamation in different contexts. For example, “No lah, I told you I didn’t do that” conveys exasperation, whereas a short “Ok lah” is an affirmation.

Manglish, or Malaysian Colloquial English, works in a similar way in regards to grammatical structure and some shared vocabulary – one of those words being ‘lah’. Like Singlish, Malay grammatical structure may be used with English words in Manglish, often done quite spontaneously or sometimes for comic effect. For example, “He is so handsome, how can he be your boyfriend lah!”

A Singaporean or Malaysian can often tell when ‘lah’ is used incorrectly, but they can’t always tell you why. Even though ‘lah’ has a linguistic definition and its use has an internal consistency and structure, it is very much an intuitive word born out of the context in social situations.

Which is why, if you are a ‘lah’ novice, don’t gleefully sprinkle it here and there in every sentence. Your Singaporean or Malaysian friend can spot your suka-suka (Singlish for ‘doing something as one likes, regardless of whether other people approve’) usage of ‘lah’ in a heartbeat.

Singapore and Malaysia have a shared history between the 18th and 20th centuries, when they lived under British rule. Before that, Singapore was part of the Malacca Sultanate in the 14th century and the Johor Sultanate in the 16th century. The Portuguese, however, destroyed the settlement in Singapore in 1613, and the island sank into obscurity for the next two centuries.

Singapore and Malaysia reunited when the British became the dominant power in the Malay Archipelago in the 18th and 19th centuries. The establishment of British settlements in Penang (1786) and Singapore (1819), as well as the British takeover of Malacca in 1824 from the Dutch, was Great Britain’s attempt to control access to the Straits of Malacca (which is essential to its tea trade with China). This marked the beginning of the influx of Chinese and Indian immigrants – and consequently, the development of large and diverse speech communities in British Malaya. In addition to British English learnt from the ruling class, the different ethnic groups brought about the colourful blend of various languages: Chinese, Malay and Tamil combined with English to slowly morph into the common tongue of the people.

When British Malaya disintegrated to make way for the Federation of Malaysia in 1963, Singapore became a political component of independent Malaysia until 1965. The union was short-lived due to racial strife, and Singapore achieved independence under Singapore’s then Prime Minister Lee Kuan Yew.

Even so, the shared history of Malaysia and Singapore up till Singapore’s independence has left an indelible imprint on the cultural make-up of these two countries.

In the study ‘Multiculturalism in Malaysia and Singapore: Contesting Models‘, academics Noraini Noor and Chan-Hoong Leong point out that Malaysia and Singapore are “multicultural by default.” The two nations have a heterogeneous mix of ethnic groups, with the three main ones being “groups of Malay, Chinese and Indian.” The percentage of each ethnic group varies in each country though, as shown in the 2017 statistics where Singapore has a much larger Chinese population (around 75 per cent of the total population) than Malaysia (where they comprise around 24 per cent of the total population).

George P. Landow, a Professor of English at Brown University, said in an article, ‘The Introduction and Dissemination of English in Singapore and Malaysia’, that children who spoke their various native languages like Chinese, Malay or Tamil at home when Malaysia and Singapore were under colonial rule also attended English medium schools set up by the British. The way their native languages influenced their spoken English inadvertently shaped informal Singlish and Manglish to what they are today.

‘Lah’: the ties that bind

The similarities and differences between Malaysia and Singapore are as varied as they are subtle. You, a Malaysian, say ‘leng zai’; I, a Singaporean, say ‘handsome boy’. I say ‘Ang Mor’, you say ‘Mat Salleh’. But the usage of ‘lah’ remains the same in both countries. It’s an efficient word with different meanings in different contexts, allowing Singaporeans and Malaysians to effortlessly communicate with each other.

This is why ‘lah’ still holds Singapore and Malaysia together. It is a verbal time capsule, proving that their stories did intersect once upon a time, binding both countries in an intricate web woven from years gone by, spanning years present and, most likely, years to come. There’s no word quite like it, lah.