The History Of Pulau Ubin In 1 Minute 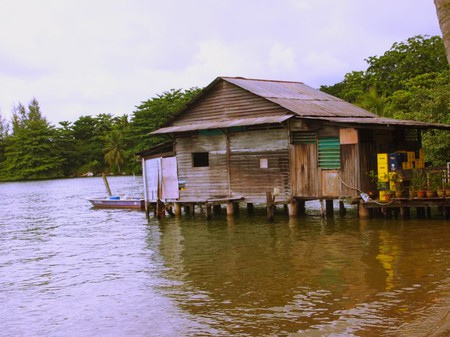 Pulau Ubin, located off the North-Eastern coast of the island, is Singapore’s second largest natural island after Pulau Tekong. The island’s name can be translated from Malay to mean ‘Granite Island’ because it was known for its granite quarries until the 1960s and 1970s. It is one of Singapore’s last traditional kampongs (villages) and it was once home to hundreds of families, but today fewer than 50 residents remain. However, the island sees 300,000 visitors per year curious to see what life in Singapore was like before the island’s rapid modernization over the last two decades.

The history of Pulau Ubin starts with a quaint legend. Three headstrong animals, an elephant, a frog and a pig, challenged each other to see who would be the fastest to reach the shores of Johor. Anyone who failed to reach Johor would be turned to stone. All three animals struggled with the current and were eventually drowned. The frog became Pulau Sekudu, a small island between the Serangoon Harbour and Chek Jawa wetlands, whereas the elephant and pig became the two islands, previously separated by the Jelutong River that now make up Pulau Ubin. 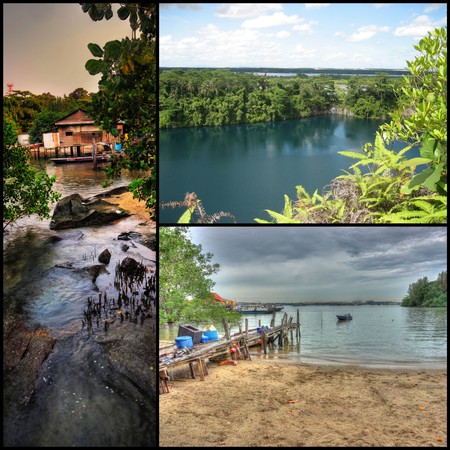 In official history, the island was first recorded in an 1828 sketch by British Royal Navy Lieutenant and surveyor Philip Jackson, who had actually laid out the city plans for Singapore a few years earlier. The British depended on the granite quarries to supply Singapore’s construction industry. In 1850, tongkangs (light boats) were used to ferry huge 600 square foot blocks of granite, which were used to construct a lighthouse on Pedra Branca island to mark the eastern entrance to the Singapore Strait. Granite from the island was also used extensively in the construction of the Singapore-Johore Causeway.

During World War II, Japanese forces landed on Pulau Ubin on February 7th, 1942. They used this position to attack the Changi fortress but the following day it turned out that this attack was merely a distraction. That night, Japanese forces used the cover of dark to cross the Johore Strait and easily capture Singapore from the West side of the island.