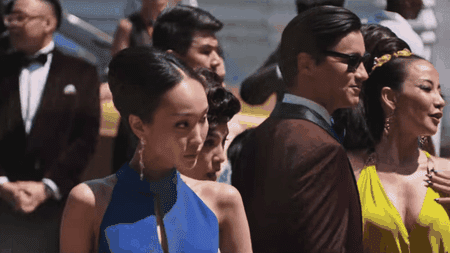 Shopping trips to Paris, $500 lunches and on-demand friendships with Cristiano Ronaldo; welcome to the lives of Singapore’s ultra-rich, where fact is often more glamorous than fiction.

The popular Kevin Kwan book series Crazy Rich Asians showcases the fictional life and times of Asia’s super wealthy. Many of the experiences the author details were based on real life encounters with Singapore’s upper circle – a notoriously tight-lipped class of society that most people can only glean from Tatler magazine and Instagram accounts. While Kwan’s books have self-proclaimed elements of truth, Culture Trip invites you into the real lives of Singapore’s elite.

Plenty of wealth in Singapore

Singapore may be land scarce, but lacking in rich people it is not. According to the Credit Suisse Global Wealth Report 2017, Singapore has 152,000 millionaires (in USD), which works out to about 2.5% of the six million strong population. But when it comes to the super wealthy, there are 213,000 people or 0.4% of the Singaporean population in the top 1% of global wealth holders. This is a comparatively high number given how small Singapore is compared to the rest of the world.

The Forbes list of Singapore’s 50 richest shows they hold a combined fortune of $104.6 billion in total. It is a largely male and Chinese dominated list with some notable names, including Facebook co-founder turned venture capitalist Eduardo Saverin as the youngest billionaire at 36-years-old ,and a fortune of $9.3 billion. A new entrant to the list is Tan Min-Liang, CEO of gaming devices company Razer.

Party under the SkyTrees at Gardens by the Bay from Crazy Rich Asians | © Warner Bros. Pictures

A major point highlighted in Crazy Rich Asians, is that while there were plenty of rich people living extravagant lifestyles in Singapore, it isn’t enough to have a lot of money – to be a true blue elite, you have to be born into a life of prestige with bloodlines that trace back generations to be deemed worthy of respect.

Many of the billionaires on Singapore’s 50 Richest list can attribute their personal wealth to multi-million dollar family businesses and pedigreed bloodlines. Of the Singaporean families that made the Forbes List of Asia’s Richest Families in 2017, topping the list at $9.4 billion are Robert and Phillip Ng, who own property developer Far East Organization, and along with their siblings and other assets, are the richest family in Singapore with a combined fortune of $9.7 billion to their name. Their late father was Ng Teng Fong, a real estate tycoon known as the “King of Orchard Road”

The Khoo family that founded Maybank and own the Goodwood Group of hotels, rank second in Singapore with a combined fortune of $6.4 billion. The late Patriarch Khoo Teck Puat has a hospital in Singapore named after him. And close behind are the Wee family at $6.25 billion, who own lifestyle portfolio Lo and Behold Group, and whose third generation now leads United Overseas Bank, the third largest financial institution in Singapore. The founder of UOB, Wee Kheng Chiang, was an honoured Dato in Malaysia.

Like in Crazy Rich Asians, it seems that the rich often keep a close circle. The Kwees of the Pontiac Land Group are known for their luxury hotels like the Ritz Carlton and Capella Singapore – current chairman Kwee Liong Teck married the daughter of George Aratani, founder of the Kenwood Electronics empire. Their only son Evan Kwee is married to Claudia Sondakh, who belongs to one of the richest families in Indonesia.

The lives of Singapore’s elite

A Reddit Singapore thread in 2017 that asked for super rich people to share something about their lives revealed some interesting personal stories. Many of the stories from anonymous rich folk revealed lifestyles completely alien to the average Singaporean. Many of these super rich people have never set foot in typical Singaporean institutions like government housing blocks or hawker centres, are constantly chauffeured around and find $500 meals a normal affair. Others were a little more down to earth despite their wealth, or became a little more circumspect about their privilege as they got older.

Some other Singaporeans had their own stories to share. Twitter user Adrianna Tan has a well-shared Twitter thread extolling the differences between the general rich person and the truly super wealthy.

This is not your Asian-American 'be a doctor / lawyer!' world, this is a world where if you brought home a lawyer or doctor your family would probably think you were marrying down – rich

The creme de la creme of Singapore’s richest do tend to keep a lower personal profile, similar to that of the prestigious Young family depicted in Crazy Rich Asians. They are rarely seen putting a foot wrong or presenting anything less than their best to the media, and are often featured in glossy profiles in luxury publications extolling their personal virtues, or photographed looking glamorously made up at high society fundraising balls.

But there are some wealthy Singaporeans who aren’t shy about showing off their riches, flaunting their luxury brands and associations with celebrities on Instagram to their huge online followings. They tend to be the younger scion of the millionaires, perhaps less restricted by the trappings and traditions that old money is bound to.

Kim Lim is the daughter of Peter Lim, a former stock broker and businessman with $2.1 billion to his name. She’s often seen wearing brands like Dior and Prada in her everyday selfies and is extremely well connected – she caused a bit of a stir when football megastar Cristiano Ronaldo dropped by her hospital suite to visit when she just had her first child.

Mae Tan is the daughter of Dave Tan, a multi-millionaire who runs luxury watch brand Richard Mille in Asia. Since her student days, her feed has been filled with photos of her jetting off to exotic locations around the world to model her latest luxury fashion buys.

Never wrong to have a new travel buddy 😊💕

Kane Lim is tight-lipped about his billion dollar familial background but more than willing to show off his many high-end accessories and fashion wear, favouring a loud and opulent aesthetic.