An Inside Look at Singapore's Virtual Reality Multiplayer Rooms 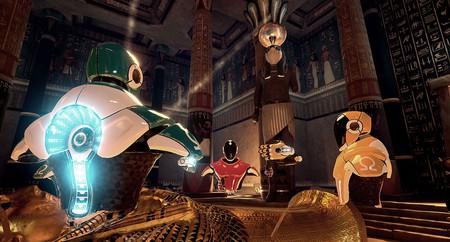 After a successful run in Paris, Brussels and (most recently) Sydney, Virtual Room finally graces the shores of Singapore, offering an unparalleled VR experience that aims to re-define how we play and interact with VR.

First To Offer Multiplay In VR

While most VR games allow gameplay for just one player, Virtual Room Singapore offers teams of up to four people to play and collaborate in an immersive experience.

To play, each player is given a headset and two controllers, which will be used for various actions in the game like moving tools and opening doors. In the game, you and your friends form the Omega team and travel to historical periods of time like ancient Egypt (pictured below) and medieval times as you complete challenges to save the future of the world.

Gameplay in the Virtual Room is unbelievably realistic and immersive, thanks to the use of high-end devices like the HTC Vive and processors that promise high refresh rates and vivid images.

According to Robin Assice, owner and director of Virtual Room Singapore, games in the virtual room are designed to prevent motion sickness. “This means there is no disconnect between what your brain is seeing and what your body is doing,” said Mr. Assice.

During our test, we found the gaming experience to be intuitive; there are clear signals, easy navigation and even a red grid that subtly appears when you are moving too close to the room walls. While this is a clever inclusion to prevent injury, we reckon it is also a measure to ensure zero damage to the high-end gear. 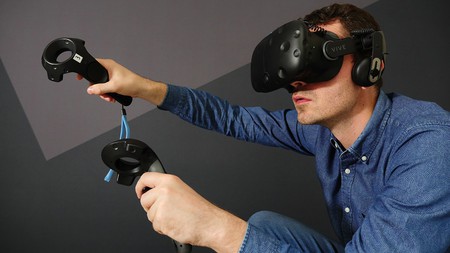 Making VR Accessible For Everyone

While VR headsets and gear are widely available, they tend to cost a bit, which may slow down the pick up of VR in Singapore. In comparison, game sessions in Virtual Room are affordably priced between SGD39-49.

“We believe this is still accessible for what we believe is a quality offering,” shared Mr. Assice.

What lies in the future for Virtual Room? The team aims to introduce a new game in early 2018, with new games every six to nine months. For now, Virtual Room hopes to slowly introduce VR to the masses and take them on a journey that is literally out of this world.