A History Of The Hungry Ghost Festival, Singapore, In 1 Minute 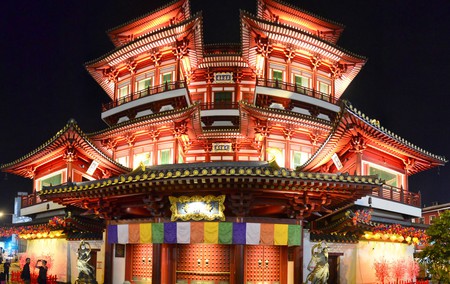 In the Chinese calendar, the seventh month is known as Ghost Month, and the fifteenth day is called Ghost Day. In 2016, the month will be from August 3 – August 31 and Ghost Day falls on August 17. Many consider this month to be unlucky — people avoid starting new projects, relocating or having major events like a wedding. Instead, in the seventh month of the year, Singapore celebrates something that is known as the Hungry Ghost Festival.

During Ghost Month, it is believed that the souls of the dead have come from the afterlife and are roaming the earth to visit their family members and descendants. The ghosts are also in search of food and entertainment, which is what led to the festival’s name. If these ghosts are ignored, they are liable to become mischievous; so people leave offerings for their dearly departed to keep them happy, sated and out of trouble.

There are several other festivals that feature honoring the dead. However, the Ghost Festival — celebrated across many Asian countries including China, India, and Hong Kong — is different in that sacrifices are offered not only to ancestors and relatives, but to all ghosts. Due to this reason, the Ghost Month also doubles as an important education tool — teaching children about the importance of looking after one’s family members and those who are less fortunate. 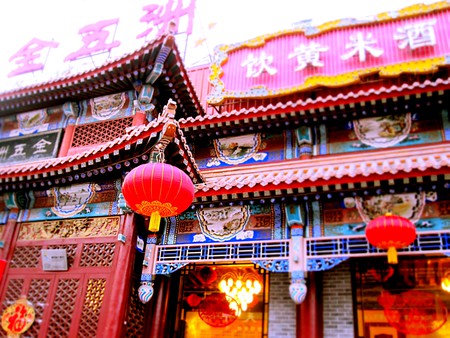 The selection of offerings follows the same line of thought, families burn joss paper replicas of anything that their relatives would want and need in the afterlife. The most common offering is money, but can include anything such as clothes, alcohol, cars, luxury vacation villas, jewelry, watches and more. Along with the joss paper burning, another offering provided is food. In some cases, a family will have an extra plate set at the table for their deceased relatives, and you will also see food offerings along pathways and in HDB void decks (public housing). Most of the offerings are small, consisting of a few fruits, but on occasions can be as elaborate as a suckling pig. 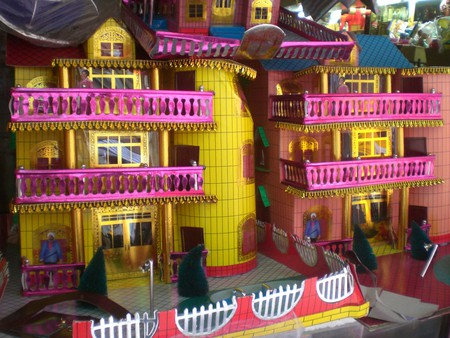 The night before the festival, floating lanterns are released to welcome the ghosts and help them find their way. On the day of, organizations such as clan associates, temples and businesses will organize large prayer events that include a dinner and auctions to raise money for local charities. Following the dinner, there is entertainment meant for both humans and spirits. This entertainment can range from Chinese operas to Chinese pop music. In megacities like Singapore, the entertainment can take form of full-scale concerts with choreographed dance moves, light shows and English singing. 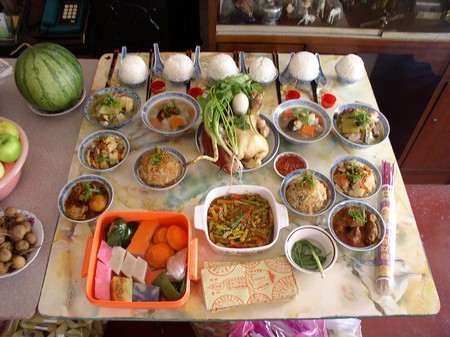