A Guide to Clarke Quay, Singapore 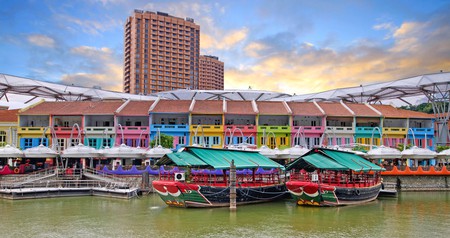 Clarke Quay is located in the city’s traditional centre on the banks of the Singapore River. A gorgeous place during the day, sprinkled with beautiful colonial-era architecture, it undergoes a boisterous transformation at night when its famous nightclubs come alive.

If you ever come to Singapore, you will likely pass by Clarke Quay. The best time to go is from evening till late at night. This is when the various warehouses and storage facilities of the past, which have been repurposed into iconic clubs and restaurants, come into their own. It’s easy to get lost amid the electrifying buzz, so trust in Culture Trip’s ultimate guide to exploring this lively place.

You will immediately notice that Clarke Quay is right next to the Singapore River. This river used to be the beating heart of the city that gave the quay its initial life. Here, bumboats docked and unloaded their exotic wares for trade and commerce across the island. You can choose to ride on those same bumboats used hundreds of years ago, exploring this river and in doing so, see plenty of Singapore’s landmarks while experiencing the island as those ancient travellers used to.

If anything can be described as being Clarke Quay’s current claim to fame, it’s the nightlife. Two of Singapore’s biggest nightclubs, Zouk and Attica, are located within the vicinity, catering for those who enjoy banging dance beats and a wild, intoxicating atmosphere. F. Club is another popular venue with a focus on hip-hop and electronic music, and worth exploring for its splendid decadent interiors alone. 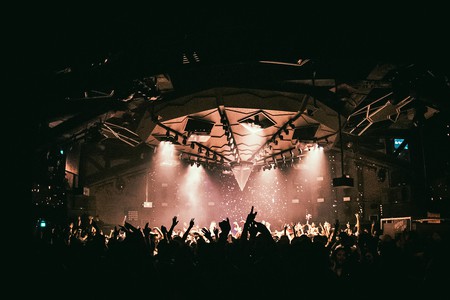 The party tends to last until the late hours compared to other parts of the city, and the eclectic music choices mean you will rarely be bored. The fact the clubs are located so conveniently near each other also allows you to hop from one spot to another with ease.

If you’re looking for something more underground, Headquarters by The Council is probably what you’re after. This mysterious spot offers some of the most experimental musical takes that are as far from the billboard charts as you can find them. Only for the brave and bold.

Bars and restaurants in Clarke Quay

Clarke Quay’s bars are another great place to hangout. A pro-tip: if you happen to be on a budget, check out Get Juiced for some cheap beverages. It’s a great place with a decidedly frenetic and upbeat vibe. Then stop by Chupitos Shots Bar for some unique shots that are guaranteed to kick in. 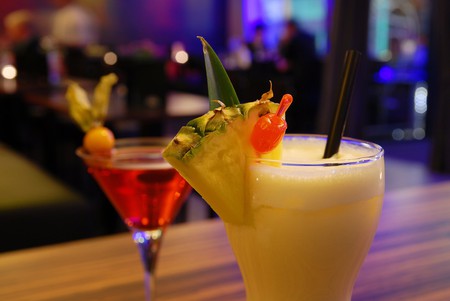 For those who like to have a good time but with a different taste in music in mind, Crazy Elephant is a cool joint that brings out some classic beats reminiscent of 70s bars in the US. Then we have the more niche options like Level Up, Singapore’s first ever arcade bar. This is where you get to relive your 80s and 90s fantasies, playing Donkey Kong and Super Mario with your drinks in this neon-dripped haunt.

Clarke Quay also offers some great eating options and you cannot go wrong at Ramen Keisuke Lobster King. Though a Japanese restaurant, it utilises a French culinary approach in its preparation, creating an unforgettable taste. Check out the tantalising Lobster Broth Ramen, one of their specialties.

If you’re looking to dine very close to the river, Tongkang Riverboat Dining is a novel restaurant located right inside a bumboat docked to the side. The specific boat is called a tongkang, which happens to be a lighter type of bumboat. There are two of these for the restaurant. Some of the best choices here are its seafood, which is fresh and lovingly prepared onboard by the skilled chefs. 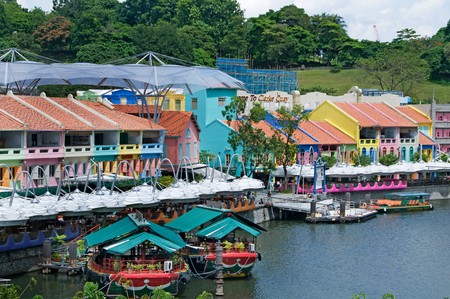 Clarke Quay might be delightful at night, but this is still an area bursting with history. If you happen to be around during the day, check out the nearby Fort Canning Park, also known as Singapore Hill or Bukit Larangan (Forbidden Hill). This place is where the British colonial founder of Singapore, Stamford Raffles, built his residence. Some of the earliest graves from the colonial era can also be seen here.

Interesting to note, it is called Forbidden Hill by the indigenous Malays because they believe the ancient kings of Singapore are laid to rest here – making this a solemn and haunting site. Check out the shrine dedicated to Parameswara, a 14th century king and ruler of Singapore who is believed to be buried there.

If you enjoy adrenaline-inducing fun of a different kind, the G-Max Adrenaline Bungy is a fun way to spend the day – that is, if you’re brave enough to get in. The bungy falls from 80m at speeds of 120 km/h. All this while you and your mates are held tightly into place between two swaying metal poles!

Bursting to life at night but with plenty of history to see during the day, Clarke Quay is a well-deserved addition to your Singapore itinerary.