Things To Avoid During the Hungry Ghost Festival 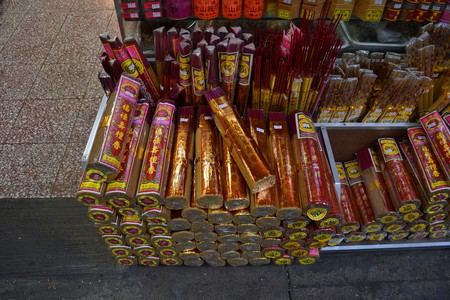 The Hungry Ghost Festival is observed during the seventh month of the lunar calendar. During this month, Buddhists and Taoists believe that the souls of the deceased roam among the living, so they prepare offerings of food and entertainment to keep the ghosts from being mischievous. Here are some suggestions that’ll help avoid any possible ghostly wrath and will let you stay on their good side.

Don’t Sit in the Front Row at Getai Shows

Perhaps the most important taboo to keep in mind while enjoying the Hungry Ghost Festival events is that the seats at the front of getai shows (Chinese music concerts) are reserved for—and occupied by—the ghosts that are being honored by the festival. If you go and sit there, you may unwittingly be sitting in the lap of a now-angry ghost; and more importantly, you’ll be offending the people who believe their relatives are visiting them during the Ghost Month.

Stay Away From Water

It is believed that whenever someone dies, this frees up a new place for an evil ghost to rebirth into. In an attempt to expedite this process, ghosts will try to drown people in swimming pools. This even goes as far as some people avoiding travel by sea, as the ghosts may try to cause mishaps with ferries and cruise ships in order to free up even more spots they can potentially use themselves. 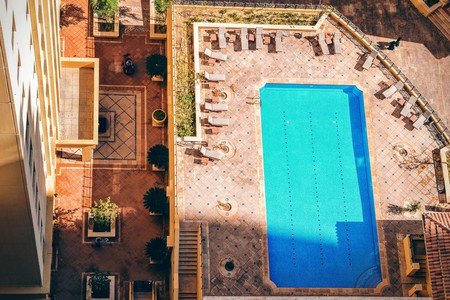 The night is dark and full of terrors… According to Chinese folklore, the nighttime is when roaming ghosts are at their strongest. Increased numbers and a stronger presence mean the night is fraught with potential peril. You must avoid getting upset at night, as an emotional mind makes you more vulnerable to being possessed by a ghost. In fact, if you are walking alone at night and hear an unfamiliar voice call after you, it is better to keep walking because that ghost is hostile and will either possess you or cause you to come down with some sort of illness. Don’t even think about whistling to yourself while walking around at night, you are highly liable to attract spirits towards the sound. Even humming and singing are dangerous — remember, the hungry ghosts are looking for entertainment and food! 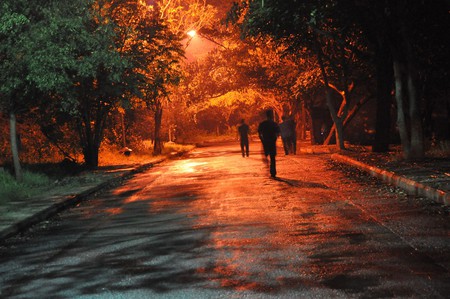 Even Your House is Dangerous at Night

It is recommended that you do not hang damp clothes outside at night because wandering ghosts will see it as an invitation to try them on, and then the spirits will be brought inside when you bring your clothes back in. Maybe you were caught in the rain on your way home from work? Be sure not to open your umbrella in your living room to dry it out, as it is essentially an offer for ghosts to come and take shelter underneath them. Above all, do not raise any of these points at night, as even mentioning ghosts during the nighttime can attract their attention! 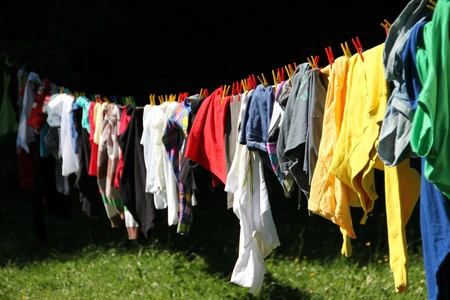 Taking pictures of yourself (or having other people take them of you) is as good as asking ghosts to come and hang out with you. The traditional belief is that cameras can trap spirits. This belief was exacerbated during the days of film photography when developed pictures would oftentimes include indecipherable, ghostly images.

As a general rule, nothing new whatsoever. Weddings that take place during this month are believed to be predestined for failure because of bad curses from bitter ghosts, and frankly, who needs that extra pressure? Also, just because the ghosts are invited to getai performances, doesn’t mean they are above crashing a wedding. This means ghosts could be occupying temporarily empty places in your wedding hall, just waiting to put a hex on the unlucky and unwise couple. 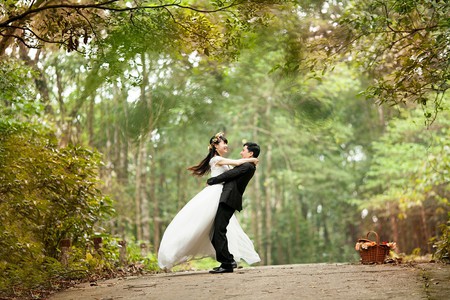 If you see coins lying on the ground, ignore them and keep walking! It is a possibility that these coins already belong to a ghost and they will be offended if you steal their money. Furthermore, some mischievous ghosts are suspected of placing coins on the ground as a lure so they can possess the person who touches one of their belongings.

No Red or Black Clothing

Hungry Ghosts have strong opinions on fashion: along with no red or black clothing, women should also avoid wearing high heels. Red and black are thought to be especially enticing to ghosts, so you are more likely to attract unwanted attention. As for high heels, the belief is that having one’s feet elevated away from the ground leave them open to being possessed by spirits through the energy point below the ankles.