6 Books You Must Read Before You Visit Singapore 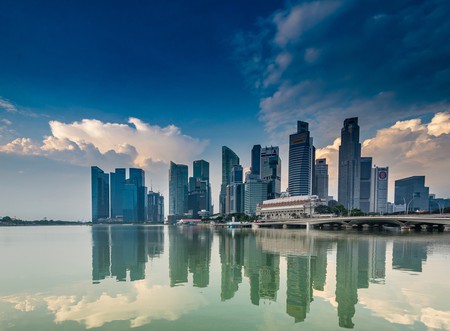 The best way to immerse into a new place, even before your trip begins, is by reading travel literature about your intended location. Famous travel writers like Bill Bryson and Peter Mayle have brought the Appalachian Trail and Southern France to life for millions of readers around the world. So much more than a regular guidebook, these travelogues will help you to better understand the complexities and subtleties of Singapore. You can find most of these books online quite easily, otherwise head to your favorite local bookstore to pick them up.

Notes From An Even Smaller Island (2001), Neil Humphreys

Neil Humphreys spent the decade leading up to 2006 living in Singapore as a teacher and journalist. Unlike many Western expats who isolate themselves and lead a lavish lifestyle, Humphreys engrossed himself in the local culture by living in public housing and eating in local hawker centers. His writing is characterized by self-deprecating accounts of his experiences — on arrival in Singapore and as he adapted to the culture around him. The book was an immediate hit with expats and Singaporeans alike, and quickly topped the bestseller list leading to Today newspaper hiring him as a humor columnist. If you enjoy this book, he has written three follow-up books: Scribbles From The Same Island, Final Notes From A Great Island and Saving a Sexier Island that chronicle his growing understanding of the city-state, and finally the risk that Singapore’s fast evolution has on Old Singapore.

Diary of an Expat in Singapore (2013), Jennifer Gargiulo

Inspired by Gargiulo’s blog of the same name, this novel is another one in the humor genre. Read on as it records her journey as an expat in Singapore through hilariously titled top 10 lists such as ’10 sure signs you’re in a Singapore taxi’ and vignettes like ‘Politically-incorrect expat profiling by nationality’. Expect plenty of laughs as Gargiulo navigates the expat lifestyle while raising two kids at the same time, through experiences such as trying to get her younger son to translate what the Chinese aunties around her are saying and other such relatable experiences.

A fictional account set in Singapore of one day in the life of a teacher trying to find who she is as both a woman, and an artist. Through Ong Suwen, Lim explores the hopes and struggles of Singapore’s diverse range of first generation immigrants. Furthermore, Fistful of Colours was the inaugural recipient of the Singapore Literature Prize in 1992.

“Set in the 1980s, a young teacher struggles with her identity and as an artist in the modernising society.” (Fistful of Colours, Call no: SING LIM) It’s #littlereaddot month! Come share your favourite local reads and thoughts with us

A look at the dark side of Singapore’s history — this is the harrowing, true account of McCormac. Escaping from a POW camp during the Japanese occupation of Singapore, he joins 16 other prisoners on a 2,000-mile trek through Indonesia’s jungles in an attempt to reach Australia. In the end, these very forests prove to be a nearly invincible enemy as only a few of the men make it to the other end alive.

This biography offers deeply personal insights on the city-state based on research and conversations the authors had with construction workers, rulers, adventurers who have called Singapore home as it underwent rapid evolution. By analyzing a multiplicity of formats ranging from eyewitness accounts to modern television broadcasts, Frost and Balasingamchow bring readers into a Singapore of the past, and show the creation of the building blocks that led to the Singapore of today.

In the introduction to this book, Tan explains that Westerners liken the name ‘Singapore’ to things such as caning, exorbitant fines and the ban against chewing gum. Singapore Noir is a collection of essays by Singaporean literary greats like Simon Tay — who writes of a detective accidentally finding himself involved with organized crime; Christine Lim, writing on how she feels haunted by a particular temple; and finally Tan herself, who writes with heartbreaking sadness about the old fisheries on stilts that were once ubiquitous, but have gradually disappeared. She wants to show a deeper, grittier, more interesting but edgier Singapore to the West — and in fact the entire world — which leads her to end the introduction with, ‘No Disneyland here; but there is a death penalty’.