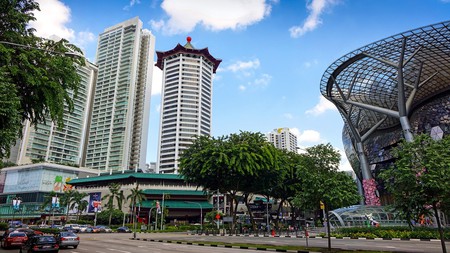 Amongst Singaporeans, there’s a strong fascination with local brands that serve the needs of the local population. The popularity of homegrown brands allows Singaporeans to have an identity, to stand out and, more importantly, claim a sense of uniqueness all their own. 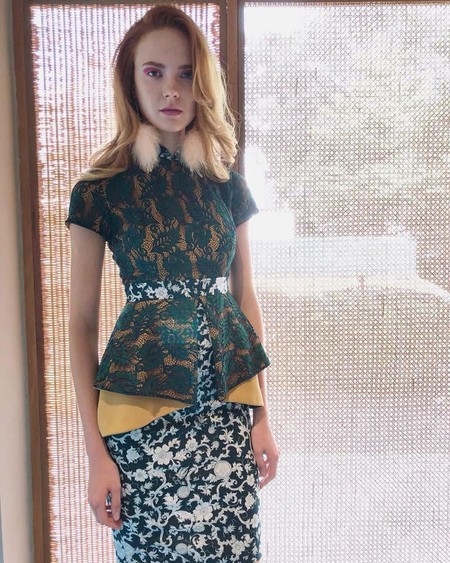 Ong Shunmugam’s success story — from starting out with its first collection in 2010 to being the youngest local label with its own show at the Audi Fashion Festival in 2014 — is admirable. Specialising in womenswear, their line is heavily inspired by Singaporean culture blending both Western dresses with Chinese outfits — and even crafting cheongsam pieces with contemporary twists. In 2017, they went further by bringing out a Malay-inspired collection that infused modern ideas to traditional Malay outfits. 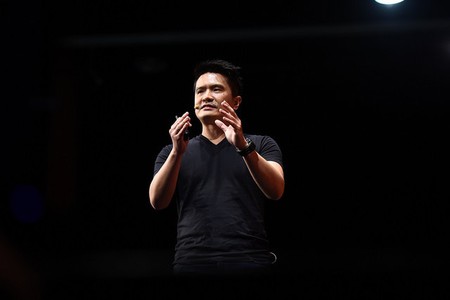 This popular gaming hardware company is well-known across the world, with its neon-green serpentine logo plastered across an entire ecosystem of products. Some of which include high-end laptops, keyboards and other tech accessories targeting gamers specifically. The products are widely renowned for their striking graphics and a powerful system that’s suitable for powered-up game playing. Constantly at the cutting edge, Razer has been considered the pride of Singapore for its innovation and being a worldwide pioneer in eSports. 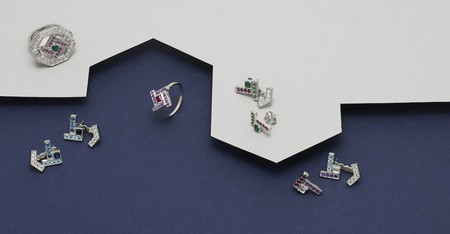 Jewellery designer, Carrie K’s journey started when she decided to go to Italy and went from learning the Italian language to an apprenticeship with a silversmith. The brand has been going for 10 years now and growing, with a recent Disney deal to release a collection inspired by films such as Snow White and Beauty and the Beast. Their collections cater to every range from below $100 to high five-digit sums, and the brand has become prominent in the Singapore jewellery industry thanks to its focus on quality and heritage-driven craftsmanship that is timeless rather than trendy. 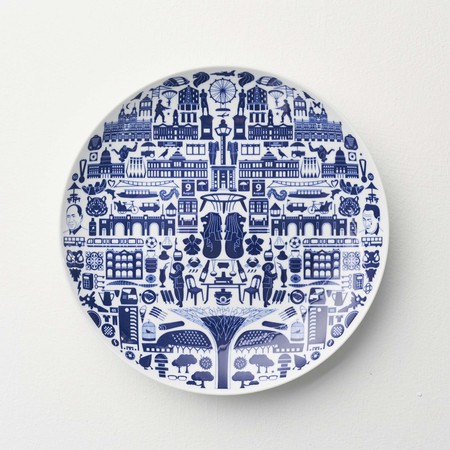 A decorative plate done to represent everything about Singapore | © Supermama

A gallery store that specialises in Singapore designers and artists, Supermama has paved the path for making high-quality local creations available to the public. The brand is iconic for its Singapore motif plates and cups that utilise imagery from the country’s HDBs (public estates), traditional designs and famous landmarks. With a heavy focus on nostalgia and identity, the store has been growing in popularity since launching a flagship store along Beach Road.

Another new outlet has opened! Now people working at suntec don’t have to travel far to get your favorite puffs and snacks!

Immensely popular franchise Old Change Kee is famous, specifically for its delicious curry puffs — flour-coated snacks filled with potato or other variations. This brand is a classic, being part of Singapore culture for more than five decades. They have since branched out and introduced other specialised finger food, but their curry puffs, or curry’o as they call it, is possibly the most popular. 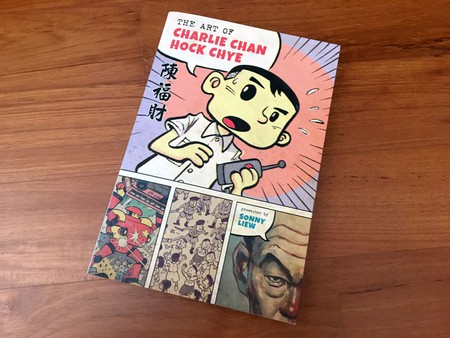 For anyone interested in local literature, Epigram Books has you covered — and then some. This independent publisher focuses on championing local literature mostly in the English Language has been around since 2011. One of the ways the company has been pushing for greater representation for local writers is with its Epigram Books Fiction Prize Awards, which have given Singaporean authors a chance to get manuscripts published. Besides novels, they also publish graphic novels such as The New York Times bestseller The Art of Charlie Chan Hock Chye by Sonny Liew. 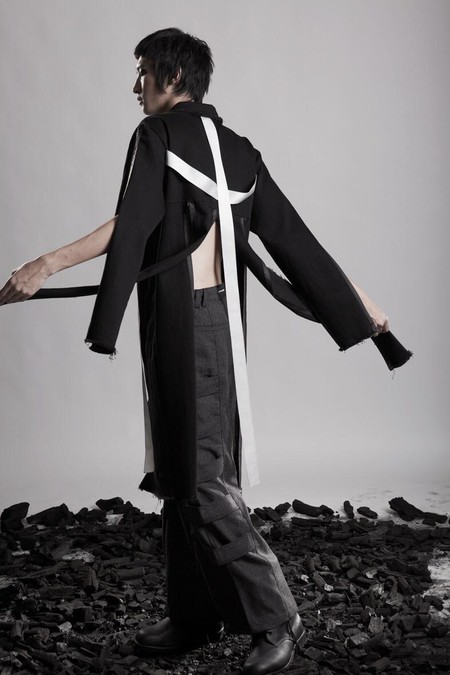 Black and white designs are the mainstay at Depression | © Depression

A unisex fashion label specialising in streetwear, Depression took the island by storm with its dark, Goth-inspired pieces. Founded by Kenny Lim and Andrew Loh, the brand was a labour of love, taking a risk by delving into the fickle world of street fashion. So far, it’s going strong, building a loyal local audience, and has been gaining followers overseas as well. The company’s look has also become more unique, creating its own identity from the initial influence of Japanese street style.

Select from our wide range of hand crafted, air-tight tea tins to store precious tea leaves away from light, air and humidity. #TWGTeaOfficial

Upscale (or atas in Singlish) tea brand out of Singapore stocks close to 1,000 different blends and varieties of teas from all over the world and has become synonymous with having a luxurious tea experience at home or at one of their tea rooms and outlets. TWG Tea is another brand that has branched out overseas and become very popular by making tea an exclusive experience, as opposed to one you would have at common hawker centres. 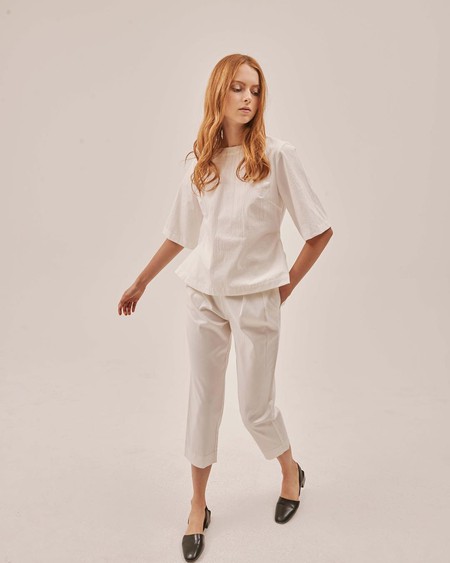 Sabrina Goh, the founder of the flagship store that bears her name, has been mentored by the likes of Diane von Furstenberg and Victoria Beckham. She has been collecting accolades and acclaim since launching her brand, Elohim by Sabrina Goh, in 2009, and even had the chance to collaborate and design a Star Wars collection last year. Her loose, minimalist, asymmetrical designs show a strong contemporary style that’s between high fashion and everyday wear. 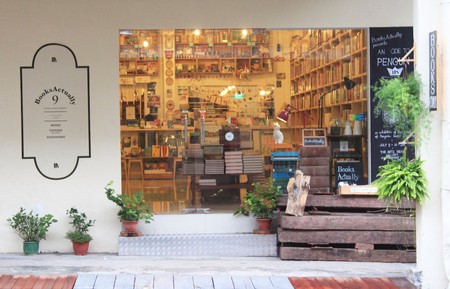 Starting out as a bookstore with a specialty in fiction and literature, be it prose, poetry, literary journals and the likes, BooksActually is a book-lover’s paradise. They house a massive collection of local literature, both contemporary and classic, and have even started their own imprint, Math Paper Press, for local writers. The work they have published and carry is particularly unique, with experimental and non-traditional forms being given an outlet that’s otherwise not available for them, such as LGBT themes and experimental poetry.

Marching into the New Year! Back by pup-pular demand, the pups from Pulp Parade are currently stocked at Orchard Gateway, Millenia Walk and I12 Katong. Each papier-mâché pup is made by hand, making each piece unique! Head over to our stores and check them out now 👉🏼👉🏼 (limited pieces and only available in stores!) #naiise #pulpparade #chinesenewyear #papiermache #handmade #homedecor

Naiise is a multi-label store that celebrates local designers, making them easily available not just to locals but globally as well. They managed to bolster the reputation of a number of creatives and their work by giving them an outlet to sell. Naiise sells items as diverse as kitchenware and fashionable outfits for both men and women. Their emphasis on cool and functional and being a space for local crafts and wares has made them immensely popular for anyone looking to bring home a unique slice of Singapore.