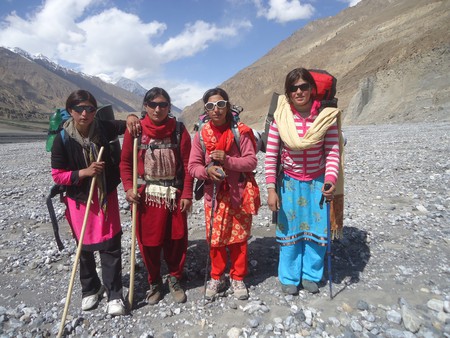 For the majority of these women, the expeditions offer time off from back-breaking tasks like working in the fields | © Shimshal Mountaineering School

In a remote village tucked away in Pakistan’s far north, a small group of women are breaking conventional barriers and overcoming all kinds of danger to conquer high altitude mountaineering expeditions.

Hafiza Bano knows the dangers of high altitude mountaineering very well – avalanches, deadly blizzards, thin ice, crevasses. But for the 24-year-old, the lure of the mountains makes her oblivious to all of it. “The mountains around the village of Shimshal hold a certain enchantment for me,” she says.

Shimshal, 10,000 feet (3,100 metres) above sea level with about 2,000 inhabitants who live off farming and rearing yaks, goats and sheep, is on the border with China, in Pakistan’s Gilgit-Baltistan‘s Hunza region. The terrain around the village is arid and it has taken the village 13 years to build a road that connects the four hamlets (that make up Shimshal) to the nearest town of Passu. 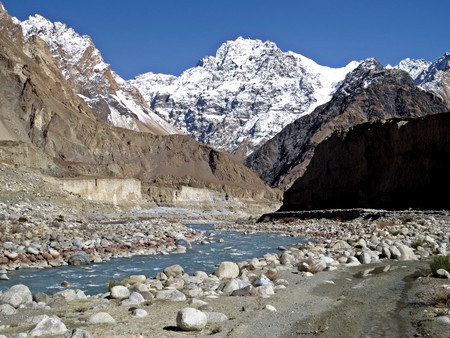 It could be that mountaineering is in Bano’s blood. In 2011, when she was 16 years old, she became the youngest Pakistani girl to climb Mingligh Sar (6,050 metres), in the Karakoram range.

It was her first expedition and the first time she had been away from home for 12 days. “She was among the eight girls from Shimshal who summited the peak in January when winter temperatures dip to minus 35 degrees centigrade,” says Qudrat Ali, a former high-altitude porter and guide, who is also one of her instructors at the Shimshal Mountaineering School, which he co-founded with another mountaineer, Shaheen Baig, in 2009. The pair enrolled Bano and two other girls for the climb.

It is also the only school that has exclusive training and expeditions for women. “We train these women to think of it as a sport, to become guides and even rescuers, if necessary,” says Ali who has ‘100 percent confidence’ that at least three of the eight women he has trained so far can survive up there on their own. And Bano is one of them. 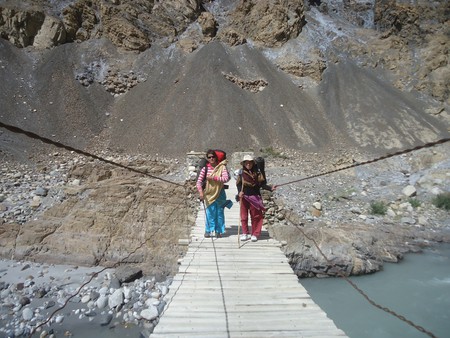 The women are being trained to think of mountaineering as a sport and to become guides and even rescuers, if necessary | © Shimshal Mountaineering School

So far, for the women, all expenses of the expeditions are taken care of by the mountaineering school.”We don’t want them to miss these opportunities because of financial constraints,” says Ali, aware that their families would not be able to finance them.

Since the first expedition, there has been no looking back for Bano’s seven friends who, like her, have been on six expeditions so far – the last one to Shifkateen Sar (5,400 metres) was back in July 2018.

“I look forward to these breaks away from home!” says Bano.

For the majority of these women, the expeditions offer time off from back-breaking work, which includes “working in the field (they grow potatoes and wheat); fetching up to 35 litres of water, sometimes four times a day, from the streams a good half-hour away from home; washing clothes by the river; and picking twigs and wood for fuel” according to Afsana Shahid, one of Bano’s friends who is also an avid climber.

Ali says that it is because of these daily chores, which require physical agility and inexhaustible energy, that these girls can climb with their gear, which although weighing about 15 kg is lighter than the water or wood they carry every day, for up to six hours a day and still find the energy to play cricket at their campsites. 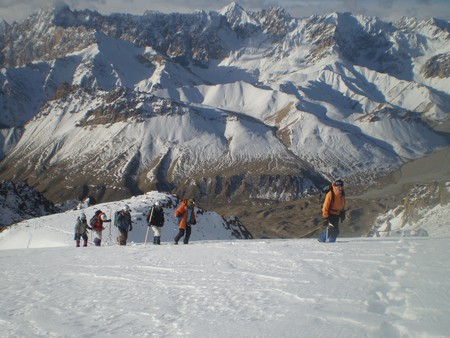 Unlike their compatriot Samina Baig, the first female climber from Pakistan to scale Mount Everest and all the seven highest peaks in seven continents, these women are not looking for the limelight and accolades, they are ambitious in a different way – they want to prove that they can do it.

But if Shehrbano Saiyid, a documentary filmmaker, has her way, they will soon have to get used to being in the limelight.

Back in 2009, Saiyid went to Shimshal to document the life of high-altitude porters and guides in Pakistan. “The previous year, I had gone on a trek over the Lupke La pass, which is a very difficult excursion over three glaciers and two mountain passes from Shimshal to Hunza-Nagar, and decided that [the guides] needed some recognition,” says Saiyid.

Once there, she learned about the women climbers and her focus shifted from the men to the women. She returned to Shimshal in 2012, this time to film them. The Unknown Mountaineers later won the juror’s best documentary feature at the 7th Washington DC South Asian Film Festival (DCSAFF) 2018.

The film aims to give these women the recognition they deserve and as the synopsis goes: “It’s a story of strength, struggle and survival set in a breathtaking landscape about a people who dare to dream.”

Saiyid says that she learned an invaluable lesson while living with them, “I learned that you don’t have to be educated to be intelligent and wise and you don’t need money to be happy, that people — friends and family, and those who love you — are the key to happiness and survival in harsh climates.”

Saiyid, who stayed with them in the village, realised that the women worked extremely hard and carried out endless chores, from working in the fields to cleaning their houses and taking water from the frozen streams during winter. “They live a hard life, but act like it’s normal because they’re so used to it,” she says.