While Pakistan’s legacy of modern and contemporary art may be more commonly associated with vibrant color palettes and bold patterns, there exists a distinct Minimalist tradition amongst the country’s most celebrated artists. From early pioneers of modern Pakistani art like Anwar Jalal Shemza and Zahoor ul Akhlaq to Ali Kazim’s multi-layered paintings and Iqra Tanveer’s challenging works, we take a look at Minimalism in Pakistani art.

Painter Ali Kazim, whose work appears in collections at Australia’s Queensland Art Gallery and the Metropolitan Museum of Art in New York City, creates his artworks through the process of multi-layering; beginning with pencil and gradually accumulating layers of oil and water-based paints to create canvasses with great texture and depth. A large proportion of Kazim’s work focuses on representing the human body and many have been self-portraits or portraits of other men, though his recent 2013 series Untitled (The Storm Series) is monochromatic and decidedly more Minimalist. 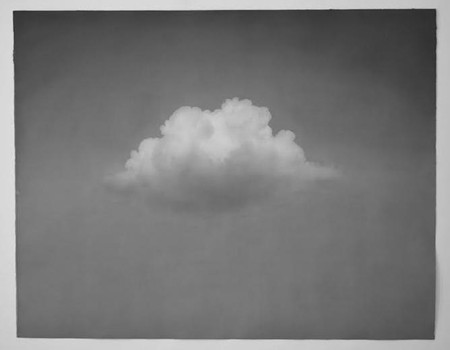 Born in 1928 in India, Anwar Jalal Shemza was a successful artist, writer and accomplished printmaker who travelled to Lahore to study. Indeed, it was in Lahore that Shemza established his own studio, the Shemza Commercial Art Studio, and where he soon rose to prominence in Pakistan’s art community, editing the art and architecture magazine Ehsas and becoming an active member of the Lahore Art Circle. Early on in his career, Shemza was influenced by modernist Swiss-German painter Paul Klee, though his later works incorporated distinct Islamic elements with geometric depictions of Arabic calligraphy. Shemza’s Square Composition series (1963) – rhythmic, repetitive geometric forms – is particularly demonstrative of the artists’ own interpretation of Minimalism. 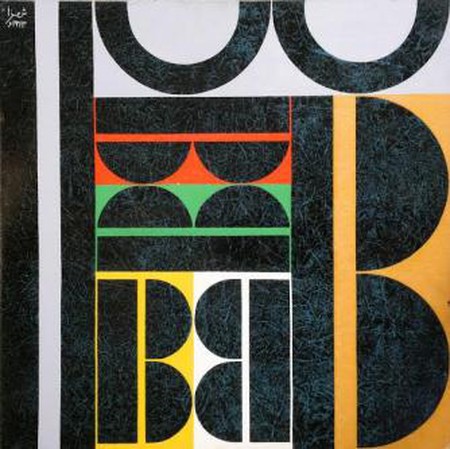 Originally trained in photography and miniature painting at the National College of Arts, Ayesha Jatoi is now not only a prominent female Pakistani artist but also the founding editor of the Journal of Contemporary Art and Culture. Exhibiting since the late 1990s, Jatoi’s work has been shown at galleries in Boston, Stockholm and London and her work largely takes the form of a commentary upon the creative process and an examination of the relevance of artistic traditions. Influenced by the spatial layouts of medieval illuminated manuscripts, much of Jatoi’s recent work is dominated by text, often without an accompanying image, leaving the viewer to conjure their own imagery from the text alone. 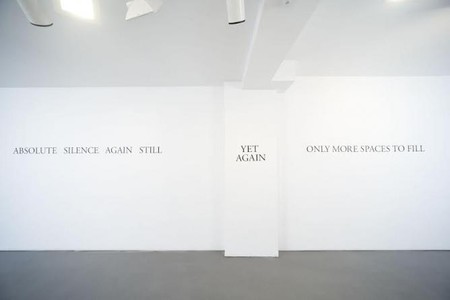 Despite the fact that Fahd Burki has only been exhibiting his works for a decade, he is already a highly acclaimed Pakistani minimalist artist, showing his works at international art fairs including the India Art Summit in New Delhi, LISTE in Switzerland and Italy’s Artissima. In 2013, during Art Dubai, Burki was awarded the John Jones Art on Paper Award, which recognises exceptional and innovative works on paper. Following on from the John Jones award and the success of his distinctly graphic works, Burki also undertook a residency program at the Edinburgh Printmakers in 2013. Gleaning inspiration from historic and cultural symbols as well as art history and popular culture, Burki creates minimalist paintings, digital prints and sculptures that comment on personal mythology. 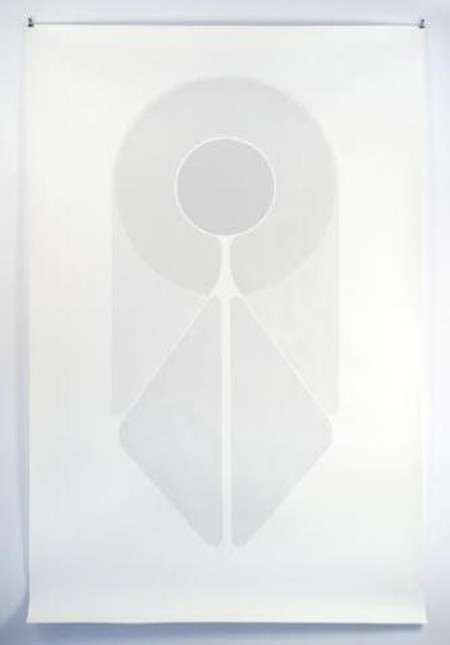 A diverse artist working across a variety of mediums including sculpture, photo collage, video installation and painting, Hamra Abbas is an accomplished minimalist, having been exhibited at renowned institutions including the Singapore Art Museum and Spain’s Museo Artium. Abbas is also the proud winner of the 2011 Abraaj Capital Art Prize, which recognises acclaimed artists from the Middle East, North Africa and South Asia. Her work, which has been included in both the Sydney Biennale and the International Incheon Women Artist Biennale, is often a tongue-in-cheek critique of tradition, in which she re-appropriates cultural and religious iconography.

Born in 1983 in Karachi, Pakistan Iqra Tanveer has had her works showcased in both solo and group exhibitions in India, Italy and the United Arab Emirates, and is hailed as one of the most talented artists to come out of Pakistan in recent years. A participant in the 2013 Moscow International Biennale of Young Art and a recipient of the Triangle Trust Residency in Dhaka, Bangladesh, Tanveer works mostly with video, photography, installation and kinetic sculpture and creates art that challenges perceptions of reality and illusion. One may think particularly of her minimalist piece Eclipse (2013) – an ambiguous artwork of light and shade that makes viewers question the reality of its title.

Artist and activist Lala Rukh is regularly credited with being one of the main innovators of South Asian minimalism and, working mostly with drawing and photography, produces monochromatic works that consider nature, landscape and history – her graphite and gouache markings on inky black backgrounds exude a sense of magnetic, continuous energy. Also renowned for being an influential art teacher, Rukh was formerly the director of the National College of Arts’ visual arts master’s program in Lahore, and her illuminative and hypnotic artworks have been exhibited in galleries worldwide.

Often considered to be one of the most significant artists in Pakistan, Rashid Rana was born in Lahore in 1968 and examines the themes of politics, media and identity in his artistry. A graduate of the Massachusetts College of Arts’ fine arts master’s programme, Rana has had his work exhibited across the globe, featured in the galleries of London, Japan and New York. Much of his artistic practice – which encompasses a wide range of media including sculpture, photo mosaics, paintings and video performance – focuses on often confronting problems in popular culture, faith and urbanisation in a socio-political context. 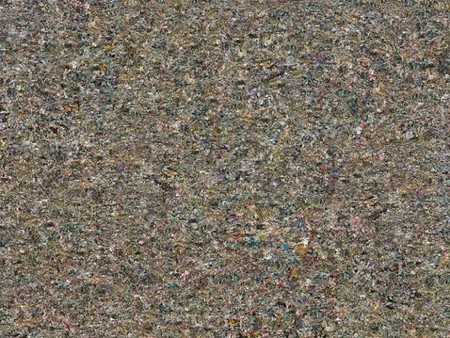 Sara Salman, native to Lahore, is a graduate of both Pakistan’s National College of Arts and The Prince’s School of Traditional Arts, and has had her work exhibited worldwide. Her pieces were famously included in the Jerwood Gallery collection in the UK, which gained her the Jerwood Prize for Traditional Arts in 2009. During her studies, Salman concentrated on the reproduction of traditional geometry, a technique still evident in her current work, which is influenced by the structural forms of nature – one may think particularly of the microscopic anatomies of flowers and plant life and her 2014 series Tessellation of Hexagons and Rhombi.

Widely considered to be one of Pakistan’s pioneering artists of the 20th century, Zahoor ul Akhlaq was born in India and moved to Lahore as a young boy following Pakistani independence, where he later studied art at Lahore’s National College of Arts. A painter,sculptor and printmaker Akhlaq’s work incorporates many influences, both old and new, such as the Mughal miniature style of painting, South Asian architecture and modern abstraction. Whilst his career risks becoming overshadowed by the unfortunate circumstances of his death in 1999, Akhlaq’s artistic legacy lives on, credited with shaping the careers of contemporary Pakistani artists such as Rashid Rana and Shahzia Sikander. 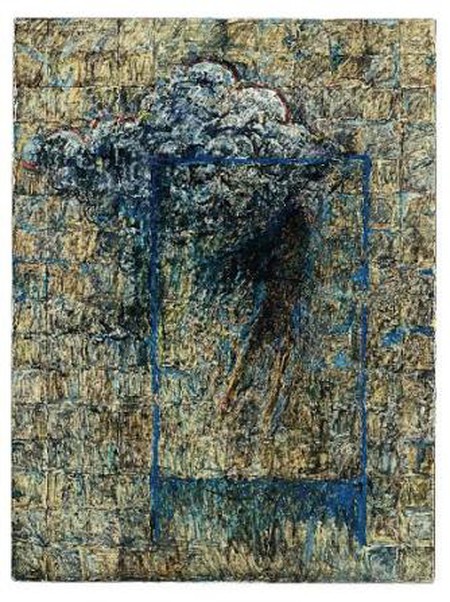