The Pakistani Fashion Models You Need To Know About 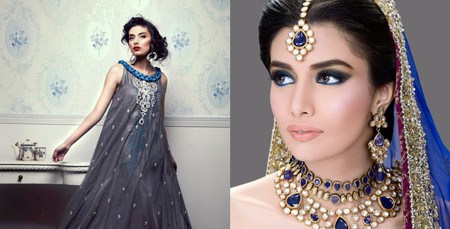 With Fashion Pakistan Week (FPW) in full swing, Culture Trip celebrates the best Pakistani models to have walked the catwalks and spotlights their careers today.

Born in Lahore, Saboor Ali, a famous Pakistani actress, is also a regular on the catwalks at Fashion Pakistan Week. The 26-year-old has starred in hits such as Haseena Moin’s Choti Si Kahani and mehmood abad ki Malkaain.

A male Pakistani model and former cricketer, Abbas Jafri has won the Best Male Model Lux Style Awards and is a one time Hum Awards winner. His signature beard means that Jafri is instantly recognizable, and his fan base continues to grow in Pakistan and abroad.

Alishba Yousuf is a Pakistani model and actress who has worked on major productions such as Meray Dard Ko Jo, Annie ki Ayegi Baraat (2012), and Tanhaiyan Naye Silsilay (2012). Having graced the catwalks of FPW, the 31-year-old is currently starring in the series Mere Humnawa.

The smile that comes after recognising your photographer @waajalley. Otherwise,I think red carpets kinda freak me out 👻👻👻 #thanksman #humstyleawards #yesfilter😁

Karachi-born actor and model Danish Taimoor started his career in 2005, and has since gained critical acclaim starring in Urdu television dramas and films. 2017 is set to be a great year for this handsome star, with three projects already lined up: Zeher-e-Ishq, Mehrunisa We Lub You, Wujood.

Having entered into the fashion industry in 2014, model Zara Peerzada has quickly gained a cult following thanks to her distinctive beauty, sharp personality and stand-out personal style. Having fronted major campaigns for brands such as Khaadi, Vaneeza Lawn, Luscious Cosmetics and Silk, Peerzada’s climb to glittering heights shows no signs of slowing down.

On location being dolled up by @khanshoaib.thestylist entertainer and makeup artist

Born in Lahore, 43-year-old model and actress Aaminah Haq was a Lux model in 2006, and has appeared in major magazines such as She, Libas, Visage, Women’s Own, Fashion Collection and Newsline. Alongside a glistening modeling career, Aaminah Haq has starred in a number of Urdu television dramas.