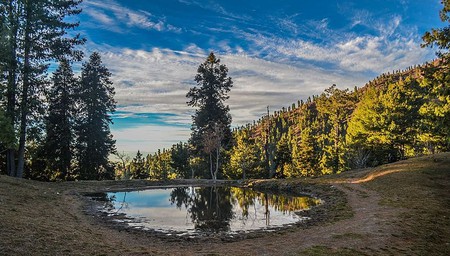 Pakistan’s capital, Islamabad, is the gateway to the famed northern areas of Pakistan, where both locals and visitors like to unwind over the weekend.

Life in Islamabad is more sedate than the faster-paced cities of Lahore and Karachi. It is younger than its centuries-old counterparts, covers less area and has a relatively smaller population. Sometimes, the drudgery of everyday routine can sneak up on you. Luckily, when that happens, you can find yourself in a completely new setting in just a few hours, enjoying stunning views while enjoying a hot cup of chai.

The green mountain resort of Nathia Gali, approximately 2,410 metres above sea level, is a popular choice for a mini vacation. Plant life is abundant, so you will find meadows and plenty of pine, cedar, walnut, oak and maple trees. Those who want a more adventurous excursion can trek up the Mukshpuri (also Mukeshpuri) and Miranjani hills, which peak at 2,800 and 2,992 metres respectively.

How to get there: Nathia Gali is roughly a 2.5-hour drive from Islamabad. You can hire private transportation or hop on a Daewoo Express bus that runs every few hours from Rawalpindi (Islamabad’s twin city) to Murree. Once in Murree, you will find plenty of public transport options to take you to Nathia Gali.

Where to stay: Frequent visitors opt for either Hotel Amore or Hotel Elites. The rooms, meals, and other features in these hotels are generally better rated than many other options available in the vicinity. 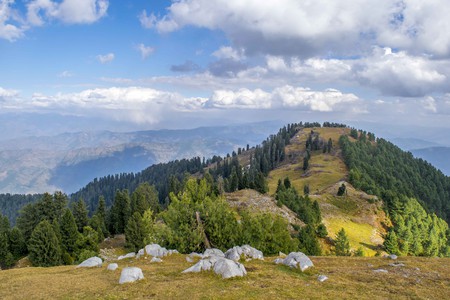 For years and years, Murree – a sanatorium for British troops in the mid-1800s and early 1900s – has been the go-to hill station for people from all over the country. Cooler temperatures in the summer and snowfall in the winter attract visitors all year round. While the novelty of the place has worn off considerably due to increasing commercialisation, Murree is still thronged by tourists as a transit station for longer journeys or a short stay in the quieter days of the year.

How to get there: Just like Nathia Gali, you can get to Murree by car or bus (preferably Daewoo Express). You can choose from four routes; the quickest one is the Murree Expressway, via which you can be at your destination in under 1.5 hours.

Where to stay: Arcadian Blue Pines Resort, located just outside Murree, is a sensible choice for those who wish to avoid the busy roads and the noise of the town. A more luxurious option is Hotel One, and if you wish to have the Pearl Continental experience, PC Bhurban (close to Murree) is the place to stay. 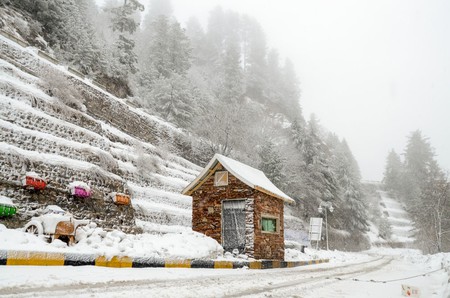 For those looking to spend their weekend in a tranquil retreat that provides respite from the sweltering heat, Thandiani is a top pick. The hill station, located in the foothills of the Himalayas at about 2,750 metres above sea level, is the perfect getaway if you’re willing to forego luxurious accommodation in favour of a calm environment and stunning surroundings.

How to get there: Visitors usually prefer to travel in their own car, or rent a private vehicle from Islamabad, for the 3.5-hour drive via the Hazara Expressway. The usual itinerary includes a lunch break in the city of Abbottabad before reaching Thandiani.

Where to stay: You can book your room at the Forest Rest House Thandiani, which is managed by the Galiyat Development Authority under the auspices of the Government of Khyber Pakhtunkhwa. 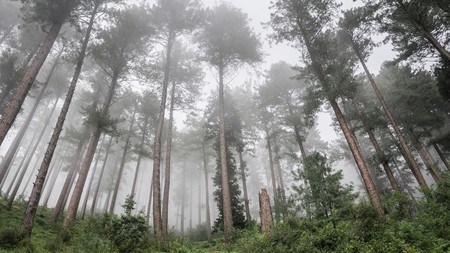 Lush green meadows at an elevation of 3,000 metres flanked by snow-capped mountain peaks, dotted with cattle under the watchful gaze of herdsmen, and adorned with a brilliant blue lake – this rustic wonder is called the Siri Paye Meadows. Because of the absence of a proper road leading up to it, this picturesque spot is relatively untouched. Adventure enthusiasts agree that in the summertime, the meadows offer a great camping experience.

How to get there: Travellers coming from Islamabad will need to brave the five-hour drive via the Hazara Expressway or the N-35 to Shogran, from where jeeps can be rented to complete the remaining six-kilometre journey up a rough track.

Where to stay: If camping is not your cup of tea, make your way down to Shogran to spend the night in more conventional lodgings. Visitors recommend Pine Park Shogran and the Arcadian Sprucewoods Resort for a comfortable stay. 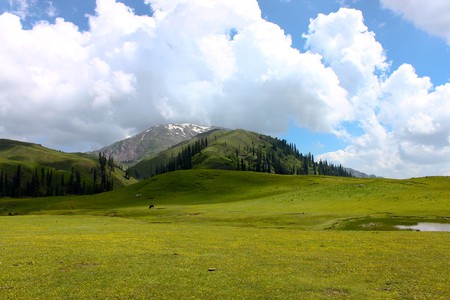 Despite gradually becoming overwhelmed with tourists and traffic (much like Murree), Naran remains a popular choice for a weekend getaway, mainly because of the magnificent Lake Saif-ul-Malook, River Kunhar’s delicious trout, rafting opportunities, camping by the riverside and hiking or trekking up different tracks. The town is situated in the Kaghan Valley and is around 2,400 metres above sea level.

How to get there: The same road that leads to Shogran from Islamabad continues onward to Naran. Although public transportation is available, travelling by private car is preferred so that you don’t have to keep rushing from one public vehicle to another in order to eventually reach Naran.

Where to stay: Maisonette Hotels & Resorts offer high-end options in Naran, while Hotel Demanchi is more affordable. The PTDC Motel Naran is a government-owned accommodation consisting of standard rooms as well as private huts. 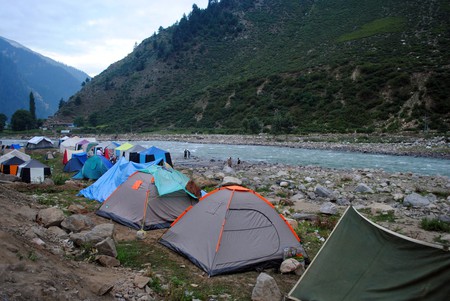 To the north of Pakistan, at a distance of about 250 kilometres from Islamabad, lies Neelum Valley in Azad Kashmir. In the last few years, the valley has gained repute as another major option for a long-weekend vacation in the mountains, with the added attraction of the fast flowing River Neelum. The destination is especially appealing to those who genuinely wish to disconnect from the world, as there is little to no cellular network coverage there. Foreigners require a No-Objection Certificate (NOC) from the Pakistani government to visit Neelum Valley.

How to get there: From Murree, the first stop on the way to Neelum Valley is Muzaffarabad, which can be reached via the Murree-Kohala road. From there it’s a 3.5-hour drive to the valley, for which private transport is highly recommended.

Where to stay: Neelum Valley has plenty of villages and towns to visit, depending on time availability and personal preferences. Keran Guest House is the best option to stay in the Keran village if you want to be by the river. Alternatively, the Kutton Jagran Resort has French cottages that were originally constructed for Europeans who worked on the Jagran Hydropower Project around two decades ago. 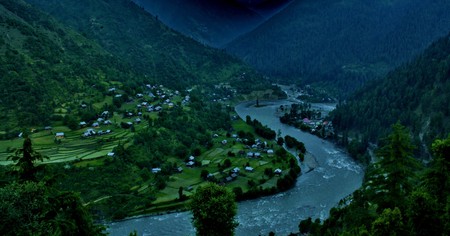