Mawra Hocane plays the title character of Sammi, a girl who has to fight for her right to live | © HUM Network

Pakistan’s TV dramas have been a successful visual medium for decades, bringing amazing talent from actors, writers and directors into the spotlight and acting as one of the country’s most accessible forms of entertainment that’s appealing to both urban and rural audiences. In this context of reach and relevance, drama producers and writers have also taken on the responsibility of creating a positive impact on society with dramas that tackle tough social issues, raise awareness, and break the silence on taboos by initiating dialogue on a domestic level. These are some of Pakistan’s best TV dramas that explore socio-cultural taboos.

Udaari was a phenomenal success that received praise for its skillful handling of the sensitive issue of child abuse. The story follows the journey of a young girl who is sexually abused by her stepfather. The drama aimed to empower women by giving them the courage to speak up against sexual abuse and to shun the shame and stigma which are often wrongly associated with the victim. 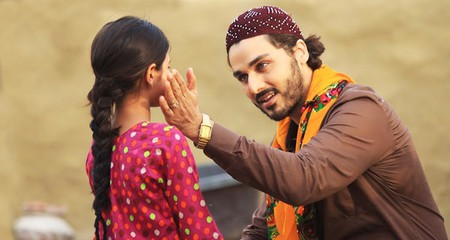 Ahsan Khan portrays the character of a child molester in the drama serial, Udaari | © HUM Network

Baaghi is a drama inspired by the true life events of a social media sensation, Qandeel Baloch, who was killed in the name of honor. A team of strong women came together to tell this story including Nina Kashif, the producer, Shazia Khan, the writer, and Saba Qamar, a powerhouse performer who portrays Qandeel Baloch. The drama digs deeper into the root cause of the honor killing: Qandeel was bold, unruly and unapologetic, which bucked against the patriarchal mindset. Her story of defiance gives courage to women who have been suffering in silence. 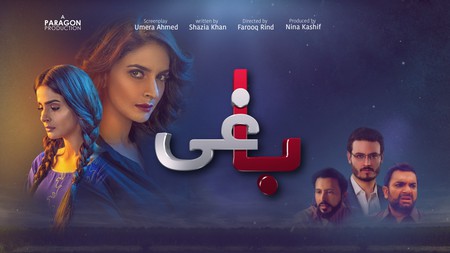 “Chewing Gum” is one of the episodes of a series titled Kitni Girhain Back Hain (How Many Knots are Left?) that explores the eccentricities of love. This particular episode touches upon a subject that is hardly acknowledged in Pakistani society—lesbian relationships. The story of “Chewing Gum” follows two women who secretly admire each other but are afraid to accept it. This drama initiates a debate on the silent presence of the LGBTQ community, which is currently fighting for recognition in Pakistan.

Aakhri Station is a collection of stories of seven women who find themselves in a train compartment headed to Karachi. Each of them has endured undue suffering in the past, though, on the brighter side, all of them were able to stand in the face of adversity and have resolved to give themselves another chance at life. This series explores issues that the victim is sometimes unaware of, such as emotional abuse, domestic abuse and clinical depression. 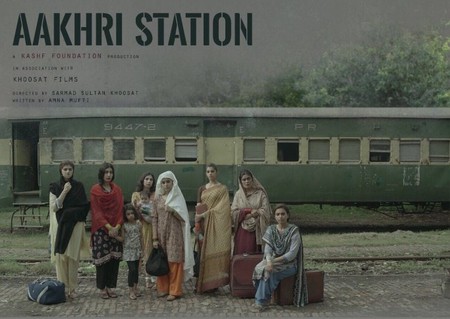 Muqabil is the story of confrontation in the face of the crime. A young girl seeks revenge by marrying the son of the man who molested her in childhood. This drama has a lesson for those who are close to the victim but fail to fathom the sensitivity of someone’s suffering, or those who are close to the molester but do not acknowledge the gravity of someone’s dark side.

Sammi is a powerful story of a young girl who refuses to give in to the centuries-old customs that decide a girl’s fate without her consent. The main story-line deals with the issue of Vani (the illegal practice of trading young girls to settle a dispute). The sub-theme of Sammi questions gender discrimination at its very core and portrays strong women who break away from internalized misogyny and empower themselves.

Mawra Hocane plays the title character of Sammi, a girl who has to fight for her right to live | © HUM Network

Rehaai is yet another powerful story of strong women who have fought their way to a better life despite many adversities. The grave matter at hand is the pre-teen marriage of a girl with a man whose first wife is unable to bear children. This drama addresses not just an individual person at fault but also the elephant in the room—a society that supports such condemnable practices. The show plays its role in educating people to be aware of their contributions to society and to free themselves of conservative notions. 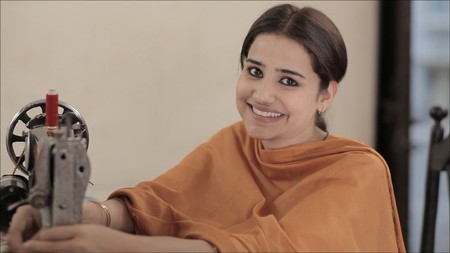 Kulsum frees herself from the pre-teen marriage by becoming financially independent in the drama, Rehaai | © HUM Network

Pakistan’s dramas are playing a vital role in educating the country on issues that are usually just brushed under the carpet. The real strength of these stories lies in the fact that they glorify the survivors and their courage. These dramas hope to bring about change that will provide the coming generations with a more balanced, fair, and just society to live in.