Pakistan's Top 10 Designers You Should Know

Recent years have witnessed the blossoming of Pakistan’s fashion industry, and an increasing appetite for innovation in other fields of design. A fusion of traditional and contemporary looks is a recurring theme for both well-established brands and emerging talent. Presenting new concepts for clothing, jewelry, furniture or home products, here are ten of Pakistan’s most inspiring designers. 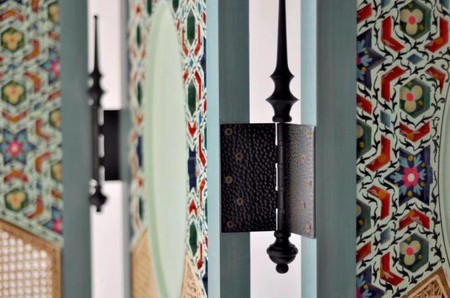 Karachi-born Nomi Ansari comes from an industrious carpet-weaving family, which undoubtedly influenced his future path as a fashion designer. This background provided a useful understanding of iconography, color balance and print design. Ansari set up his Karachi studio in 2001, having developed couture skills at the Pakistan Institute of Fashion and Design. He has become renowned for his bold use of color, encouraging women to mix contrasting separates. His studio houses four major brands, supplying youthful designs to boutiques across the world. Strong attention to silhouettes, plus details like zardozi and crystal embellishments have become Ansari’s trademarks, not excluding his reputation as ‘Pakistan’s King of Color’. 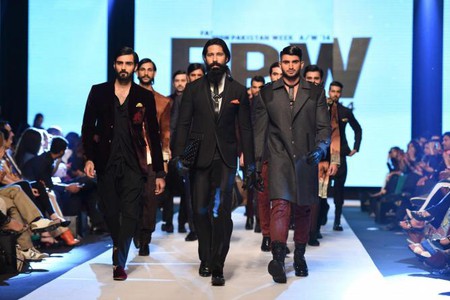 One of Pakistan’s best-known designers, Deepak Perwani has changed the face of menswear in the country with a new confident style. Alongside fashion, Perwani has also pursued an acting career and role as the country’s cultural ambassador to China and Malaysia. Today his brand also includes women’s wear and accessories, specializing in wedding, formal and evening dress. His designs have won many awards, plus a place in the Guinness World Records for the largest kurta. Made to fit a 175-foot-tall person, the kurta weighed 800 kilos and used 800 yards of cotton blend fabric. Smaller kurtas would later be made from the original with donations to children’s NGO, the Edhi Foundation. 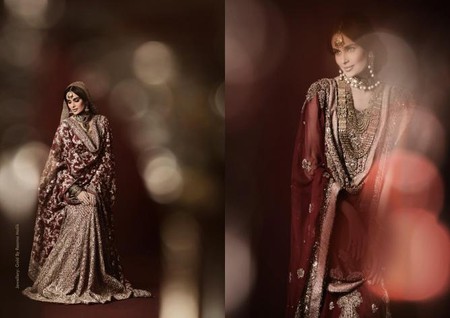 A well-known couture graduate, Hassan Sheheryar Yasin, known as H.S.Y, is affiliated with La Chambre Syndicale De La Couture Parisienne. He has worked as a designer and choreographer in many fashion shows. In 2000 he launched his own label, HSY, which began by specializing in formal and bridal wear. It has since become one of Pakistan’s most successful high-end fashion brands, developing offshoots such as a jewelry line, and lifestyle range, featuring soft furnishings, home accessories and furniture. HSY’s ethos is to continue the country’s rich traditions by retaining Eastern elements in designs that will translate globally.

Beautiful, exotic and luxurious, Mian Ahad’s furniture designs have gained international recognition. Each piece is meticulously crafted like a work of art, displaying a level of creativity that stems from Ahad’s early days as a National College of Arts student. Furthermore, his travels, especially time spent in Paris, have had a major influence on his choice of materials, style and color. It could be argued that his work transcends furniture design, to create a whole concept for interiors. Established in 1983, his designer brand, AHAD Home Signature, has become a bespoke service for clients that include Pakistani high society and foreign royalty. 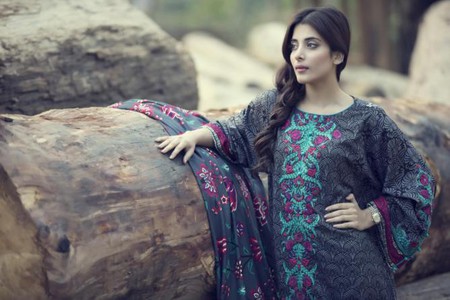 Starting as a small stitching unit in Lahore, the Maria.B. label has grown tremendously to become one of Pakistan’s major designer brands. Maria Butt launched the label with the aim to revolutionize the country’s retail industry by making designer clothes more affordable. Over 25 standalone outlets in Pakistan, as well as exports to at least six other countries, are indicative of Maria.B.’s success. The brand has also expanded to include a range of totes, clutches and jewelry. In recent times more attention has been focused on ready-to-wear ranges, such as cotton and lawn, which are popular lines within her diverse collections.

Designers Kamiar Rokni and Maheen Kardar Ali launched high-end Pakistani brand Karma in 2001. It has been one of the few South Asian labels to incorporate Western-style clothing, such as evening gowns and cocktail dresses. Karma has recently branched out into lifestyle and accessories collections, in addition to its contemporary-looking Pink Label, which followed the success of the brand’s wedding and couture lines. In 2006 Kamiar Rokni parted with Karma, proceeding to launch a luxurious new brand in his own name. Maheen Kardar Ali famously demonstrated her creative style in 2013 with a unique design for a kurta featuring 30 carefully selected Bollywood stars. 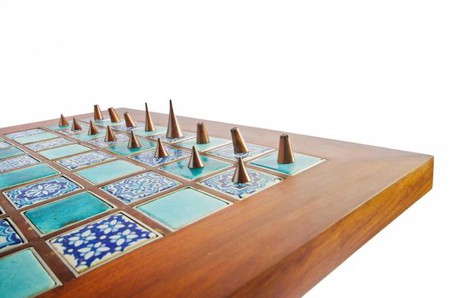 After graduating from architecture school in 2008, Salman Jawed co-founded Coalesce Design Studio, which set a new precedence for product design in Pakistan. The multi-disciplinary approach of the studio combined the vision and talents of young professionals to push the boundaries of conventional design. Recent projects have amalgamated indigenous materials with contemporary styles to create unique furniture, light installations and bespoke products. One of the first pieces designed by Jawed was an innovative coffee table featuring a chequered inlay of handcrafted Hala tiles, which had a dual-function as a chessboard. Jawed has also used Hala-inspired colors and patterns in other designs, such as elegant, colonial-style room screens.

From intricately designed trousseau, to contemporary casual wear, the Shehla label has showcased Shehla Chatoor’s diverse talents since 1995. Chatoor participates in many fashion shows, such as Karachi’s Autumn/Winter 2014 Fashion Pakistan Week, where her Misaki designs took inspiration from Japanese Byobu and Fusuma hand-painted screens, plus the armour of Samurai warriors. In contrast, her 2014 Samsara collection revealed her trademark bright colors with long skirts, dresses and saris in luxurious, yet lightweight fabrics. Chatoor has also launched an exclusive costume jewelry line as an inexpensive alternative to fine jewelry. Using ethnic patterns, gold detail and semi-precious stones the eye-catching pieces are designed to accompany both Eastern and Western-style outfits. 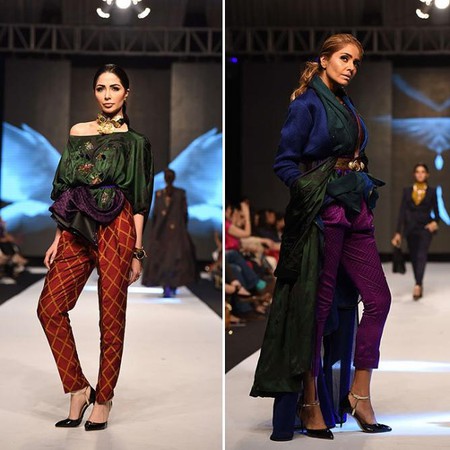 A bronze medal-winning graduate of Pakistan Institute of Fashion and Design, Mohsin Ali has become one of the country’s most sought-after designers. He has impressed the fashion world with daring outfits that mix traditional materials with new fabrics. Local hand embroideries and indigenous patterns feature among layers of contrasting styles that work together to create a distinctly urban look. Ali has developed ranges for several clothing brands, and his work has featured in shows around the world, as well as locally in Pakistan Fashion Design Council’s Sunsilk Fashion Week. In 2014, at the aforementioned show, he used mostly pastel colours, merging sporty styles with sheer fabrics in a collection for designer label Libas.

Rising star, Naushaba Brohi, attracted much attention at Fashion Pakistan Week in 2014 with her debut Spring/Summer collection called Liminal. A fusion of contemporary styles and traditional handiwork, her outfits made a strong visual statement through cleverly contrasting dark and light colors. Brohi’s fashion label, Inaaya, promotes the skills of local artisans, such as products that are hand made by craftspeople in rural Sindh. Her jewelry gained extra publicity when Amal Alamuddin, international human rights lawyer, and wife of George Clooney, was spotted wearing one of Brohi’s necklaces. She won the British Council’s Young Creative Entrepreneurs Fashion/Design Award in 2014 for the Inaaya brand.