13 Reasons Why You Should Visit Pakistan At Least Once 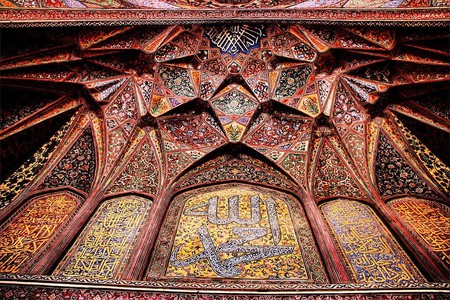 Pakistan is one of the most intriguing and interesting countries in the world. This is because within its mountainous boundaries on one side and its desert dunes on the other, it contains a multitude of cultures stemming from a great variety of ethnic groups.

Each ethnic group, whether they live in the northern mountain peaks or the southern desert lands, bring with them age-old traditions, fascinating cultures, all varieties of food, bright clothes and enchanting myths, creating a land of unprecedented uniqueness. You need to visit Pakistan at least once in your life because the soul of the people and the beauty of its natural landscape topped with the fascinating aspects of its rich culture are sure to make it an experience you will always treasure.

Pakistan is famous for its geographical magnificence because it contains all the varieties of natural phenomena starting from rolling hills leading to towering peaks in the north. It has vast fields and rivers, towards the province of Sindh we begin to witness oceans, and finally there are vast deserts making it a complete treasury of nature’s gifts. One reason the landscape remains so enchanting is because most of it is still preserved in its rawest and most natural form. Let us not forget that Pakistan is proud to lay claim to five of the highest and most glorious mountains in the world. 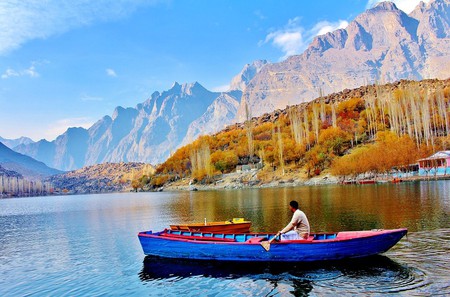 Pakistan has four provinces, with each having its own culture, traditions, dialect and palette of food and art. This cultural diversity stems from the ethnic variation causing it to have profound and long lasting effects on the entire culture as a whole. If you travel across the entire country, crossing over to each different province is almost like going to a new country where you will notice the difference in the way people look, dress, speak and behave. This diversity is what enriches the variety of food we have, the great range of music and instruments we play, the enriched variety of songs and literature we read as well as the great number of local dialects we own. It is a truly fascinating experience because you are able to experience a multitude of unique cultures under the umbrella of one collective culture, making your trip a lesson in diversity. 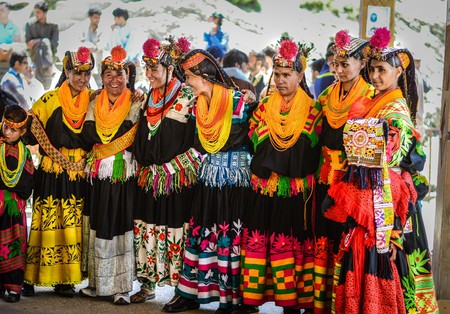 The food in Pakistan is famous for its specialized use of all sorts of herbs and spices. Every traditional dish is a special concoction whose recipe has been perfected through generations to give it a perfect taste. Each dish, whether it is lentils or chicken roast or even lamb has to be seasoned and cooked to perfection, and therefore when the final dish is prepared it is a pleasure to eat every single bite. The country is also famous for its unique sweets known as ‘Mithai’, sweet goods made with local recipes and topped with an assortment of nuts. Pakistan is known for its agriculture and therefore you should be prepared to taste the kind of organic fruits and vegetables you can only dream of. 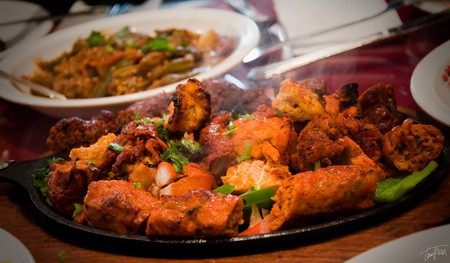 There is a thriving market culture that is still alive in Pakistan. There are hundreds of market places in every city and district, each with their own unique culture. The interesting thing about the local bazaars is that each shop still has an owner who has been there for decades and can answer any question put forth about his trade. The owners of clothes shops will tell you about any type of cloth in the world whereas the silver jeweler will tell you about any kind of silver present anywhere in the world. This relationship that the vendors have with customers is so precious in today’s modern age of impersonal shopping that any purchase can be transformed into a great bonding session and an even greater lesson about the product. 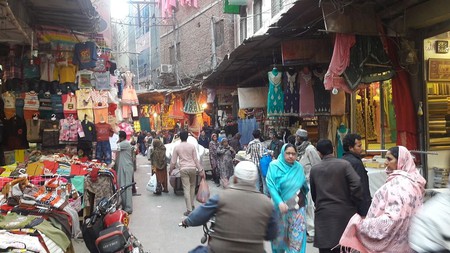 This country has such an abundance of craftsmen that are so marvelously skilled at producing certain goods because they have learned a particular skill from their fathers, who in turn learned it from their fathers. There are beautifully woven carpets that take more than six months to create due to the intricacy of the designs embossed on them. There are magnificent embroideries done on all sorts of clothes, special jewelry is also cut to perfection using hands instead of machines. Utensils made from copper and silver follow the same pattern of unique craftsmanship, making the country a haven for handmade handicrafts that are not available in this variety anywhere else in the world. 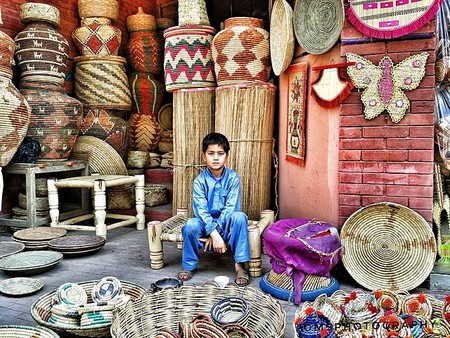 Most musicians on the outskirts of cities and rural locations along with some in urban centers, prefer to use the traditional instruments of the east such as the flute, the rubab, the harmonium and the tabla (local drum). Along with the beauty of the sound produced by these local instruments, there are notes and hymns that go back more than 1,000 years, that are sung by local musicians that can put you into a state of intoxication without any substance. No matter how many rock and metal concerts you have attended, the experience of listening to a Qawwali (Devotional music) will be a musical experience that will resonate with you forever. 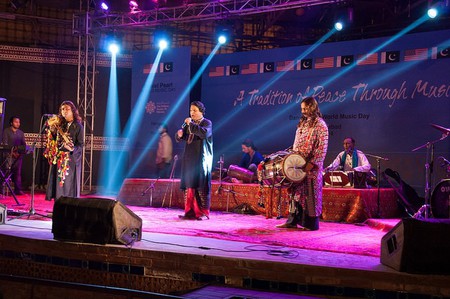 Anyone who comes from abroad is pleasantly surprised at how all the locals go out of their way to be hospitable to their guests. Whether you are in one of the major cities or backpacking in the Northern areas, anyone who crosses your path will tell you all you need to know about the area and the conversation will always end in them inviting you as a guest to their house for either tea or dinner. There is hardly anyone who does not offer foreigners a sightseeing tour of the area in which they are staying so that they can see all the unique things that are unknown to travelers.

In Pakistan you can find any kind of cotton, silk, wool, lawn and linen. It has more variety of cloth than anywhere else in the world because most women still choose to buy their own cloth and get it stitched. On top of that there is such a wide variety of skilled craftsmen who can make the most beautiful designs on any cloth using all sorts of beads and stones so you can have the kind of custom-made clothes you always dreamed of.

This country is famous for its relentless passion for sports, with cricket and polo being the national favorites. Pakistan has some of the most famous polo matches in the world that take place in Shandur, which is the highest altitude polo field in the world. Whenever there is a cricket match, a kind of frenzy appears and puts the whole country into a mood of festivity. You will see people dancing, listening to music and jeering uncontrollably every time the Pakistani team makes a goal. 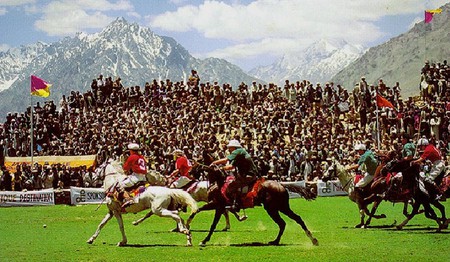 During the centuries that the Mughals reigned over the sub-continent, they hired the most illustrious artists and architects of the time to create marvelous mosques that are still as glorious as they were in their heyday, such as the Wazir Khan Mosque and the Badshahi Mosque in Lahore. There is also Shah Jahan Mosque in Sindh which was commissioned by the emperor Shah Jahan and is made entirely out of marble. There is a large mosque made out of one dome known as Gol Masjid in Karachi. The architecture, minarets and exquisite artwork accompanied by flawless calligraphy, make these mosques an architectural marvel that should be experienced first-hand. 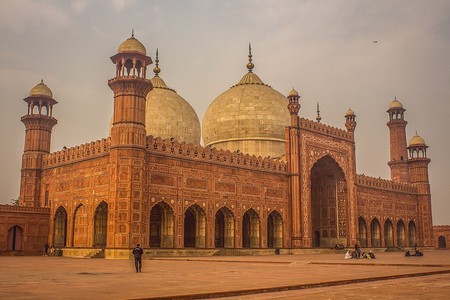 There are a multitude of ancient Hindu temples in Pakistan, some that date back to the times of the ancient Hindu scripture of the Mahabharata, said to have been written around the 8th-century BC. One of the most famous Hindu temples in Pakistan are the Katas Raj Temples that have all the magnificent appeal of ancient architecture encapsulated in their perfectly-shaped domes and eloquent carvings. Along with these there are countless others that are centuries-old, such as Jagannath Mandir in Sialkot, Hinglaj Mata Mandir in Balochistan, Panchmukhi Hanuman Mandir in Karachi, Naval Mandir and the Goraknath temple in Kyber Pakhtun. All these temples boast impeccable architecture and carry within them the magnificence of antiquity in all its glory as they were constructed to pay tribute to some of the holiest deities of the Hindu religion throughout the centuries. 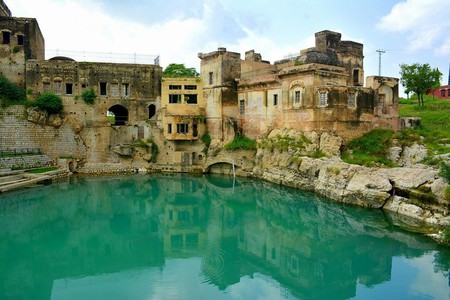 The entire land of Pakistan is a unique treasure chest of history. It contains history from the time of the Buddha and some of the earliest statues of the Buddha along with significant remains of Buddhist monasteries can be found in areas such as Taxila. There are also significant remnants of the Greek world in the form of art, utensils, swords and statues from the time of Alexander the Great who invaded this land around 327 BC. There are awe inspiring temples dedicated to the various Hindu Gods due to the great prevalence of Hinduism and great mosques that echo the art of the great Mughals who were the invaders from Central Asia. In the 20th-century, great buildings were made and prestigious clock towers and railroads still stand as testament to the rule of the British. 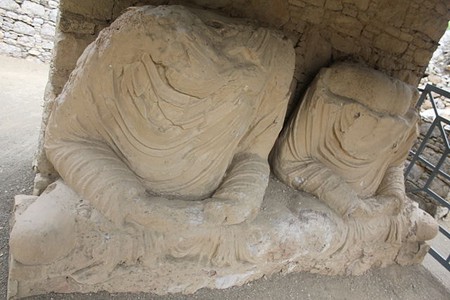 Anyone who visits Pakistan is completely blown away by the mesmerizing art that fills all the trucks. These beautifully decorated trucks have become a widespread representation of Pakistani culture. There is an entire sub-culture that revolves around the ornamentation of them and there are special artisans skilled in the art to whom this task is assigned. There are a plethora of bright colors and designs, symbols and emblems, famous lines of poetry and endless birds and flowers engraved on all the huge trucks that traverse the roads of the country day and night, carrying goods from one place to another. You will never see a truck that is not a piece of unique art and each truck is a colorful representation of the thriving culture of Pakistan. 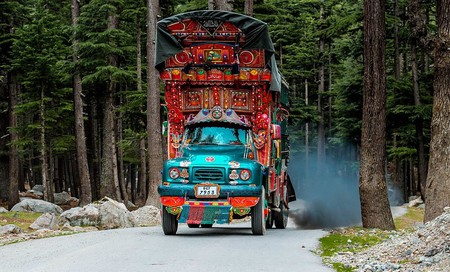 Decorated Trucks in Pakistan | © Imkashi94/Wikimedia Commons
Give us feedback