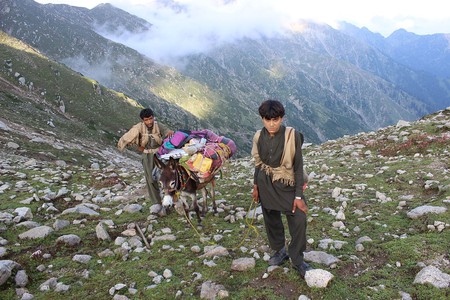 One constant in modern journalism, the brunt of which has been felt by many nations like Pakistan, is the negative bias in reporting. When discussing politics and social trends with international friends/colleagues often Pakistanis find themselves either at the butt of ignorant jokes or having to explain the reality of their country and culture. Here are some positive and unique aspects of Pakistan that add richness and beauty to our world.

The Indus Valley Civilization, which blossomed around the Indus river and delta, is one of the world’s oldest societies whose traces in form of constructions, relics and fossils are preserved today at the site of their cities and in many museums around the world. The Indus civilization along with the ancient Egyptian and Mesopotamian civilization are the earliest three civilizations of the old world from which the Indus was the most widespread. The civilization comprised of dozens of well-planned cities and towns with baths, urban drainage and water supply systems and many large nonresidential building grouped together indicating government systems. With its peak population at 5 million the locals of the valley invented new types of handicrafts and metallurgy many of which were still intact when excavated along with children’s toys and very few weapons. 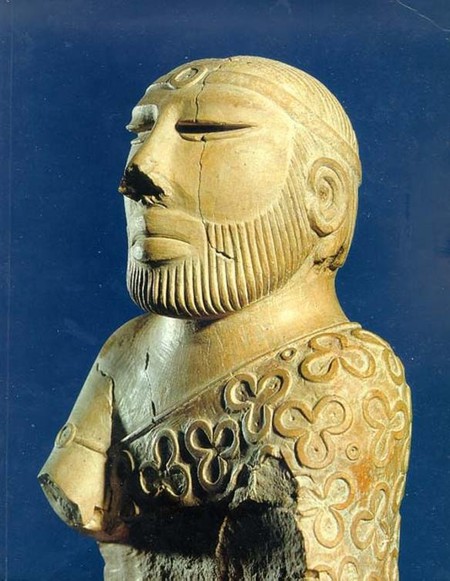 Home to the youngest Nobel Laureate

Pakistan’s pride Malala Yousufzai is the youngest Nobel Prizewinner in the world who was awarded the honor for championing universal education even after being shot by the Taliban at the age of 15 for reporting on the situation of girl’s education in her city. Shot on the way to school, Malala was brought to hospital in Birmingham after being briefly treated in Pakistan for the critical head injury and fortunately went through a miraculous recovery. She is currently studying at Oxford while continuing her work for the rights of children to gain education. 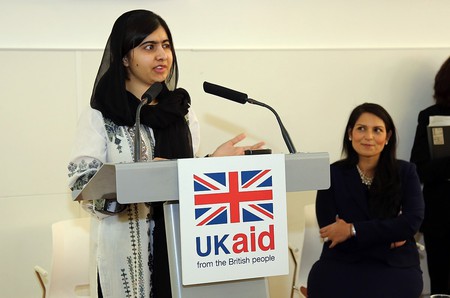 Pakistan’s killer K2 or Godwin Austin is the world’s second highest peak and is part of the Greater Himalaya Mountain range also called the Karakoram Range which extends to China and India as well. The world’s third and next highest Tirich Mir is also found in Pakistan’s Hindu Kush Range. This way, three of the world’s highest mountain ranges the Himalaya, the greater Himalaya or Karakoram and the Hindukush are in found in Pakistan making it a premier but challenging destination for serious mountaineers and winter sport professionals. 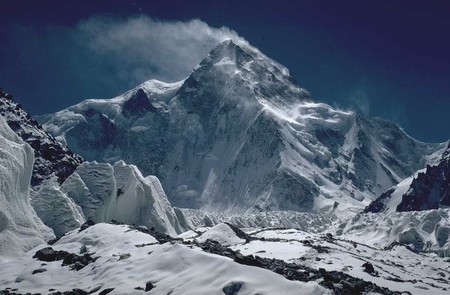 Pakistan’s superior position in Asia makes it a center of trade in the region and that is to increase further in the coming years as the country is working hand in hand with China on CPEC plan to develop the infrastructure of the Gwader port at Arabian Sea, Balochistan which is the largest natural deep port of the world. The port will act as portal for western China and possibly for the landlocked central Asian countries through the important sea route of the strait of Hormuz. 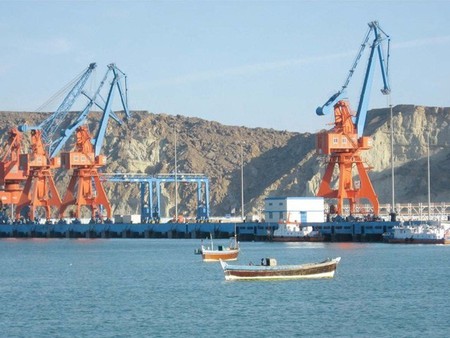 Also called the eighth wonder of the world or the China-Pakistan friendship highway the Karakoram Highway is the highest road ever built. The road runs for 800 miles from Abbottabad in Pakistan to Kashgar in Xinjiang, West China. The highest point of the road lies at the Khunjerab Pass at 4800 meters. Every turn of the highway is accompanied by incredible views as the path runs though hills, mountains, valleys, glaciers and along lakes and rivers. 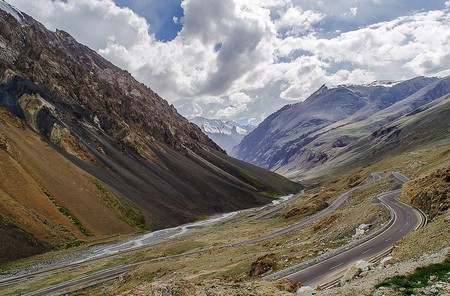 The Karakoram Highway and its breathtaking landscape | © SohaibQ/WikiCommons

The largest volunteer ambulance service in the world

Pakistan’s Edhi Foundation proudly runs the world’s largest volunteer ambulance service, which is a record that has been held by Pakistan since 1997. Head quartered in Karachi the foundation runs the 24 hour emergency ambulance service along with providing other services like shelter for the homeless, free health care, drug rehabilitation, orphanage and adoption services, and local and international disaster relief. In 2005 the foundation donated $100,000 in aid for the relief efforts of Hurricane Katrina. Started by the late Abdul Sattar Edhi as a single room shelter the foundation now operates over 300 centers throughout Pakistan.

Pakistan’s Sialkot produces over half the world’s footballs

It was the British back in the days of colonial rule who grew impatient with the waiting time for the shipments of footballs, and so tried out local repairs for punctured balls. Pleased with the results, they placed some manufacturing orders which kick-started the industry to become of the largest in the world today. 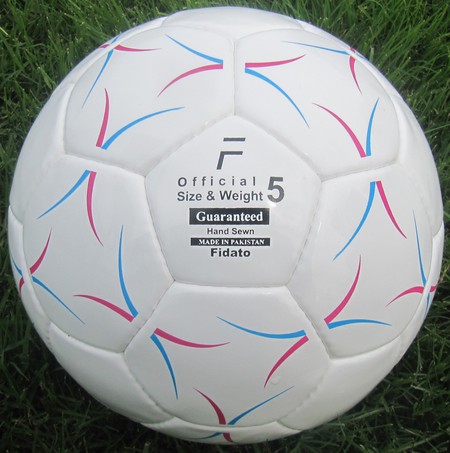 Guaranteed, Hand Sewn and Made in Pakistan | ©HaroonAhmad/Publicdomainpictures.net

The fourth largest irrigation system in the world

As most of Pakistan’s population depend on a livelihood in agriculture the country had to develop a complex and massive system of irrigation to cultivate 202,000 square kilometers of land. The system runs on the Indus Basin. 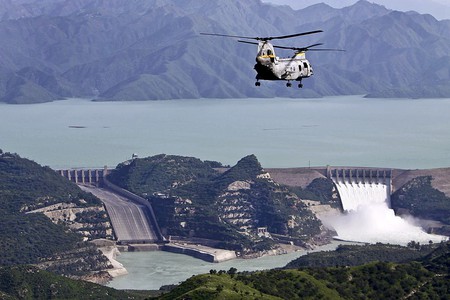 Khewra Mines of Pakistan produce 325,000 tons of salt per year and are fabled to be discovered by Alexander’s Army through chance when their horses began licking the salts while the troops rested. Thus, resulting in the discovery of the modern world’s second largest salt mine. The mammoth mines have over 40 km of tunnels along with their own mosque inside. To attract tourists salty miniature versions of the Great Wall of China, Minar-e-Pakistan and Badshahi Mosque are also found inside. 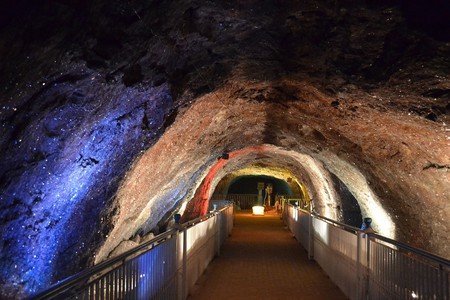 Inside the Khewra Salt mine | © Shikari7/WikiCommons

The highest polo ground in the world

Located at Shandur Top is the highest polo ground at 3700 meters, where the traditional game of polo was started by Balti Prince Ali Sher Khan. Held annually since 1936, the Shandur Polo Festival is a tournament between local teams that invites visitors to view the game along with shows of folk music, dance and celebration. The tournament is featured in the opening episode of the show The Himalayas with Michael Palin. 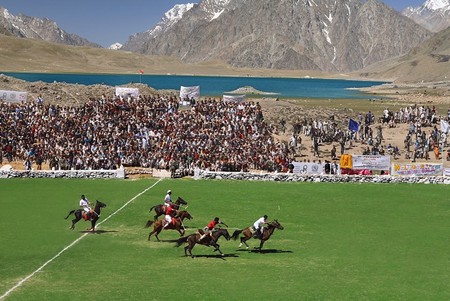 Polo match at Shandur Ground | © RaziaBano/WikiCommons
Give us feedback