Burma, which is now officially known as Myanmar, has suffered a turbulent 20th century but is now attaining previously inconceivable levels of stability and prosperity. This is bringing travellers to the country in droves to experience its natural wonders and its rich culture and history. To understand Burma’s 20th century and its current state, these ten books are indispensable guides, all of which reflect the personal stories behind the turmoil which has haunted the country. 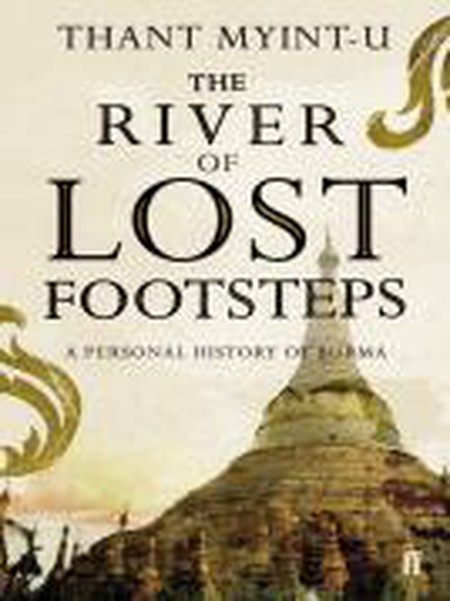 Thant Myint-U, who was born in New York City to Burmese parents, has spent his career dissecting the history, culture and politics of the country of his forebears, and this book is the culmination of that lifelong undertaking. The River of Lost Footsteps: A Personal History of Burma attempts to explain the complexities of Burma’s social and political world, which can often seem esoteric to outsiders, and to place it within the wider context of South East Asian history. It is also a deeply personal search for roots, and for an understanding of the shifting nature of identity and home for a child of immigrants. Thant’s family was amongst the group of nationalists who took control of Burma following the end of British colonialism, and his grandfather went on to serve as secretary general of the UN. This patrician lineage, combined with Thant’s rigorously analytic mindset and personal recollections results in a fascinating work which explains the opaque world of Burmese politics and history from the viewpoint of an insider, whilst also looking nostalgically at a lost homeland from an outsider’s perspective. 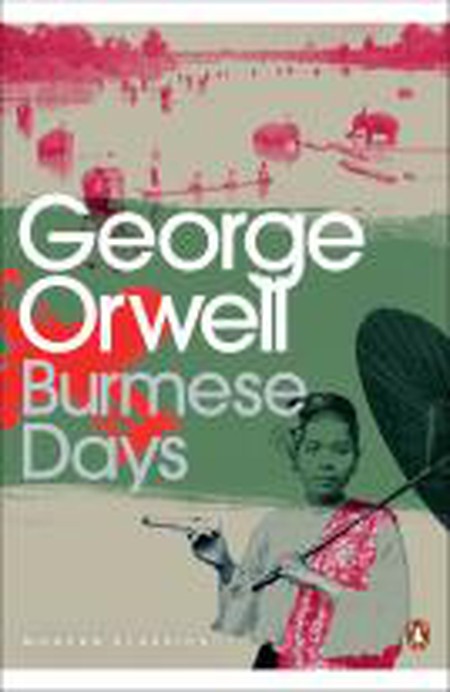 George Orwell’s time in Burma was essential for the development of his political consciousness, as he went from being a rebellious but naïve young man to a disaffected member of the British Imperial class. The novel which sprung out of his time in the country, Burmese Days, is a loosely fictionalised account of his time there, and reveals the dark side of the British Raj in a way that few have before or since. It undermines the sanctified narrative of the ‘colonising mission’ and depicts a racially motivated campaign of conquest and exploitation, all managed by a corrupt and incompetent imperial bureaucracy. Whilst the novel does not match up to the classic works Orwell would go on to produce, it nevertheless marks an important developmental stage in Orwell’s political life, and offers a vital insight into what Burma was like under British rule. 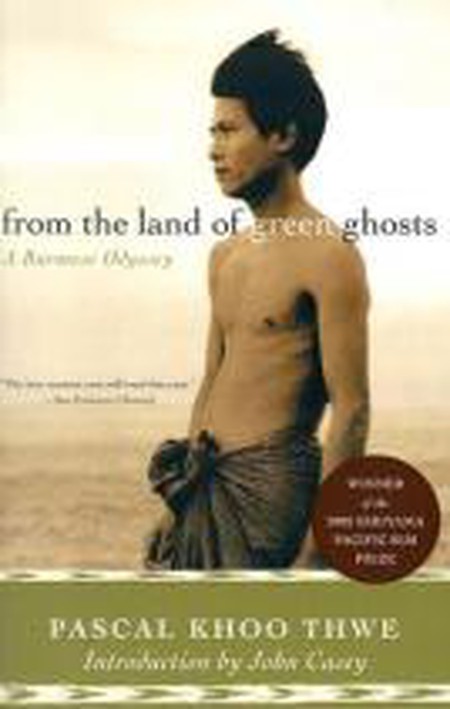 From the Land of Green Ghosts, Pascal Khoo Thwe

Born into the Padaung tribal minority in remote Burma, Pascal Khoo Thwe suffered under the fierce persecution of his country’s military dictatorship, before escaping to start a new life in the UK. This is the story of his incredible journey from the jungles of Burma, where he was a freedom fighter battling the ruling regime, to Cambridge University, where he studied literature in the early 1990s. From the Land of Green Ghosts is both an incredible survival story and a depiction of a little known culture and society. Pascal’s Padaung people live in relative seclusion in ‘the only Catholic town in Burma’, practicing a combination of Catholic and animistic religions and rarely hearing of the outside world, or becoming aware of encroaching modernity. The story of this tribe’s unique way of life, combined with the tale of Burma’s sudden descent into violence and Pascal’s escape into the outside world, make this work a riveting introduction to the story of Burma’s 20th century. 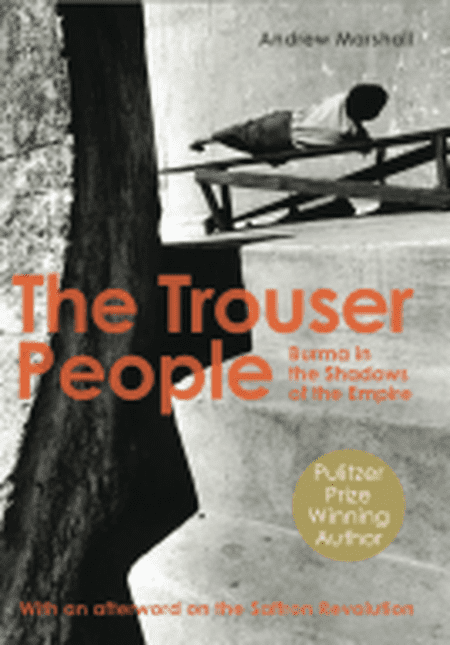 The narrative of the British in Burma, and the effect of colonisation on this country, is one that still demands further exploration and is too often forgotten in accounts of Britain’s exploits in Southern Asia. Andrew Marshall’s The Trouser People is therefore a worthwhile addition to the canon of literature about Burma, although it takes an idiosyncratic perspective on the whole affair. It follows the little known story of British explorer George Scott, who introduced the game of soccer to the Burmese, and who toured the country extensively before becoming Colonial Administrator of Burma. Scott was a true eccentric, who took everything he observed in his stride and who was noticeable for his unbridled enthusiasm for his own explorations. Marshall follows in his footsteps a century later, and discovers a Burma far removed from that of Scott, bristling under political repression and corruption. Combining travel writing with reportage and history, this is an insightful and humorous introduction to the British in Burma, and an unforgiving account of the lingering consequences of their rule. 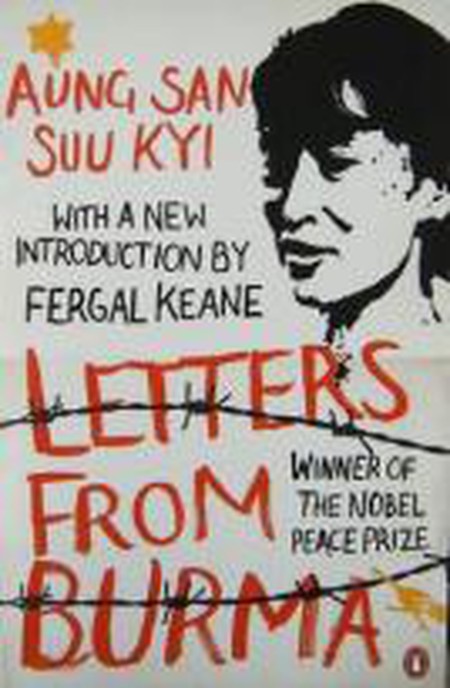 Aung San Suu Kyi is the embodiment of the decade long struggle for political rights and an end to authoritarian rule in Burma, and her recent release was a hugely important event on the road to freedom and accountability in the country. Her 15 year house arrest curtailed her political protest but she was nevertheless a constant thorn in the side of the military junta, not least as a symbol of the dissatisfaction and frustration that most ordinary Burmese felt. Letters From Burma collects her letters from her period of house arrest which reveal her tireless work to spread the cause of Burmese democracy as well as offering an insight into her selfless mentality, and her thoughts and reflections on her countrymen and women, for whom she strived for so long. 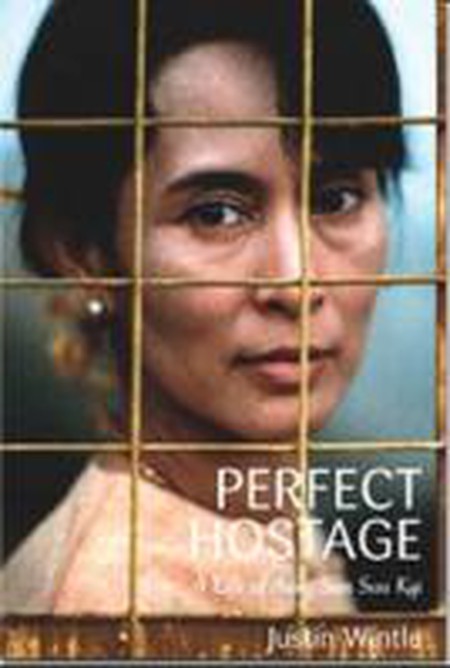 Whilst Letters from Burma is a fascinating introduction to the mind of Aung San Suu Kyi, Justin Wintle’s Perfect Hostage: A Life of Aung San Suu Kyi, Burma’s Prisoner of Conscience offers a more nuanced and contextualised perspective on the life and times of Burma’s most famous dissident. Wintle relates Aung San Suu Kyi’s upbringing and the influence of her father, U Aung San, the independence hero of Burma, who was assassinated when she was only two. He also delves into her life in England, where she studied at Oxford University and was married to the scholar Michael Aris. This revealing portrayal of her personal life makes apparent the sacrifices Aung San Suu Kyi undertook in her struggle for Burmese democracy, thus reinforcing the saintly radiance which still surrounds this most potent activist. 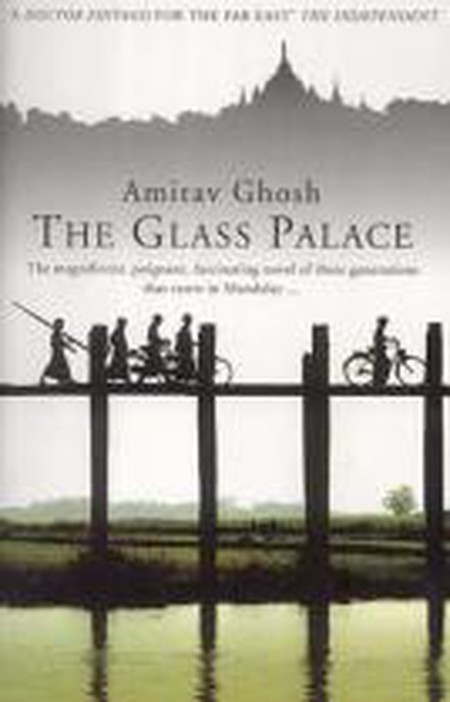 Amitav Ghosh’s The Glass Palace is an epic tale of colonial intrigue, adventure and betrayal which follows the downfall of the Konbaung Dynasty in Mandalay, the British rule over the country and the sudden encroachment of the Second World War into the jungles of this previously remote country. Ghosh’s century spanning narrative is based on the historical record and fleshes out the previously little known story of the fall of the Burmese royal family. It also moves beyond Burma to its near neighbours India, Bengal and Malaysia, revealing how intertwined the fortunes of these countries were for much of the 20th century. Ghosh’s dense prose and epic style give sustenance to the historical narrative of this novel and allow it to escape the turgidity to which this deeply complex story could be prone. It is instead a page turner in the classic sense, and offers readers a captivating portrayal of courtly intrigue and aristocratic downfall in Burma. 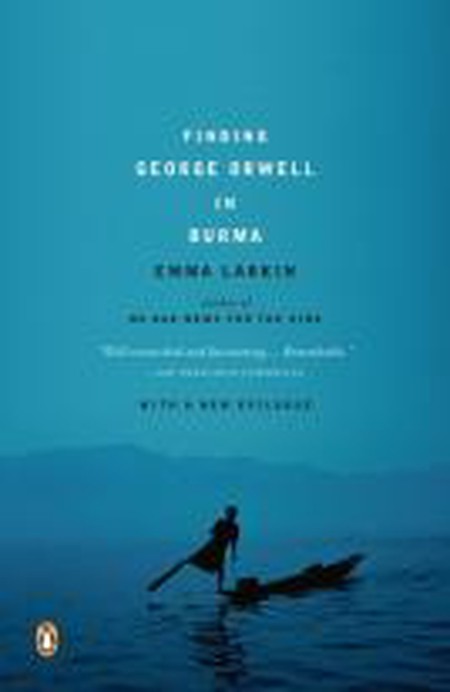 George Orwell’s time in Burma, where he served in the British Imperial Police, formed his early perspective on politics and society which he would take to new heights with classic works such as Animal Farm and 1984. However, as Emma Larkin discovers in Finding George Orwell in Burma, Orwell’s fame in Burma ran far deeper than that early biographical connection suggested. To many he was considered a prophetic figure who presaged Burma’s tumultuous 20th century, and whose works take pride of place on the bookshelf of any Burmese intellectual, not for their resonances with 20th century politics of Europe, but for their depiction of the political system which dominated Burma for much of the same period. Emma Larkin explores this connection and uses Orwell as a guide as she travels across Burma, visiting the places he lived in and finding the lingering influence of the colonial bureaucracy of which he was a part. Her travels allow her to see both Burma and Orwell anew and to understand the political development of one of the 20th century’s most vital literary figures. 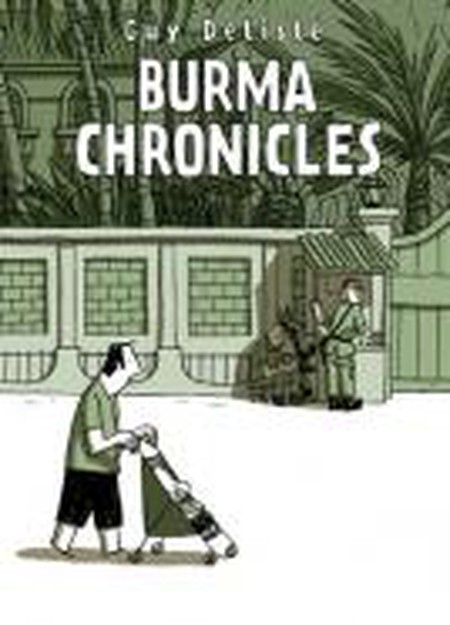 A unique take on Burma, Guy Delisle’s Burma Chronicles is a graphic novel depicting the year Delisle spent in the country with his wife and young son, and their surreal experience of dealing with the autocratic military junta which ruled the country. Written in Delisle’s typically unadorned and minimalistic style, Burma Chronicles is a simple but hugely enlightening book which reveals the graphic novel’s capacity for reportage. It depicts the seemingly small but telling cases of authoritarian repression which affect Delisle and his family, and which reveal the wider truth about life under the generals. Delisle doesn’t come with any preconceptions, and although he has made something of a name for himself by writing graphic novels about authoritarian regimes – see Shenzhen and Pyongyang respectively, this book is determined to record the Burmese experience, and to relate it in the simplest form possible. 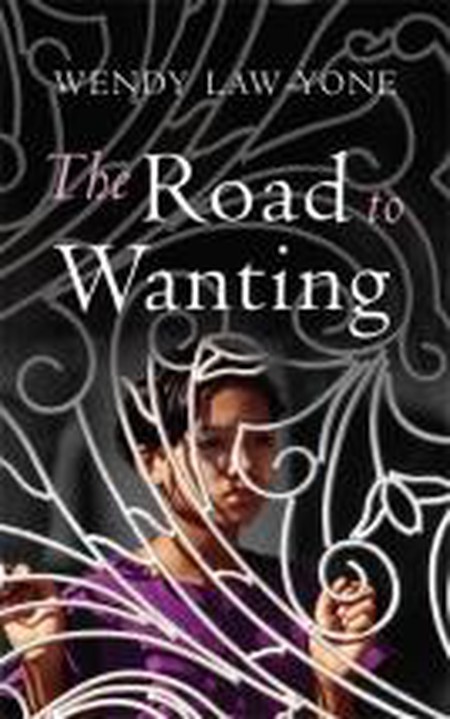 The Road to Wanting, Wendy Law-Yone

Possibly Burma’s most celebrated writer, Wendy Law-Yone has made a career out of reinterpreting the Burmese experience in her works. The Road to Wanting is her most celebrated novel, and depicts the story of Na Ga, a young girl from Burma’s North Eastern border region, who is searching for a better life. Beset by poverty and the malaise of rural life, Na Ga is swept up by various apparent rescuers, who only lead her to dissolution and further despair. This novel is an insightful depiction of life on the fringes of Burmese society, whilst also being a deeply personal exploration of anomie and depression, which transcends all national borders.