How to Travel to the Perhentian Islands from Malaysia 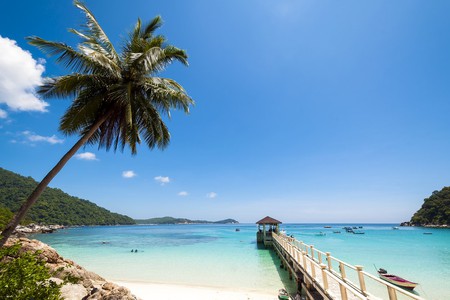 The Perhentian Islands offers a genuine taste of paradise in northeast Malaysia. Jungle-fringed beaches combine with calm water and flawless diving conditions. But one of the reasons this spot remains somewhat elusive is the challenge of actually reaching the islands. Culture Trip breaks down how to get to the Perhentian Islands into manageable chunks so everyone can visit Malaysia’s secret beach utopia and diving oasis.

Malaysia’s Perhentian Islands allure visitors for their secluded beaches, perfect diving conditions and refreshing lack of tourists. Culture Trip uncovers how to travel to the Perhentian Islands including the best routes and tips for using public transport and ferries.

Why you should visit the Perhentian Islands

The Perhentian Islands offers tourist-free tropical beaches, spectacular snorkelling conditions and affordable scuba diving schools. While the tourist trail might involve trips to both Penang and Langkawi, northeast Malaysia’s islands have a refreshing lack of commercialisation. Rather than cars and motorbikes, tourists find jungle trails and water taxis. But the chance to visit this paradise comes at a cost which keeps visitors at bay. Be prepared for a full day of travel including flights, two-hour bus journeys and a stomach-churning boat ride. 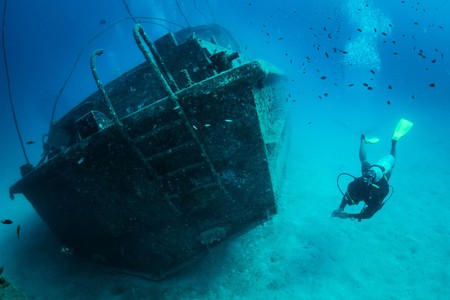 The Perhentian’s most tempting characteristic directly relates to the challenges of getting to the islands. Visitors need to either take a domestic flight or travel eight hours by road from Kuala Lumpur. If you fly, you’ll either arrive a Kuala Terengganu or Kota Bahru in neighbouring Kelantan State. From the airport, it’s a bus ride to Kuala Besut. The ferry covers the 20 kilometres (12.4 miles) to the Perhentian Islands. Be aware that the boats stop operating after 4pm. Plan to arrive in Kuala Besut as early as possible. Or book a night in either Kota Bahru or Kuala Terengganu.

Foreign tourists need to pay RM30 ($7.40 USD) as a conservation fee while Malaysian citizens pay RM5 ($1.20 USD). This is valid for three days (nobody checks and it’s more of an excuse to charge an admission fee). Because of the Eastern Monsoon, the Perhentian Islands only open for business between April and September. Choppy water, torrential rain and storms close much of the islands during the rainy season. 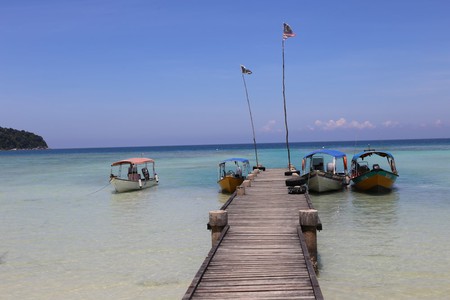 Here are the essentials about how to travel to the Perhentian Islands include flying, taking the bus and what to expect with the ferry. We strongly recommend flying to Kota Bahru which cuts travel time in half. Be prepared for three (or four) legs of the journey. Allocate a full day from departure to checking in at the Perhentian Islands.

Direct flights connect Kuala Lumpur, Penang and Kuching in Sarawak to Kota Bahru. The fastest way to travel to the Perhentian Islands from Sultan Ismail Petra Airport is by taxi. Fares cost approximately RM80 ($19.70) and should take no more than an hour. Alternatively, buses depart from Kota Bahru Bus Station every hour at RM25 ($6.20 USD). If you’re on a budget, local bus number 639 connects the state capital to Kuala Besut for less than RM10 ($2.50 USD). However, this third option takes more than one and a half hours to cover the 56 kilometres (34.8 miles). You’ll need to get to the city before taking the bus. Pro tip: Because ferries to the Perhentian Islands stop operating at 4pm, it might be better to get a taxi. 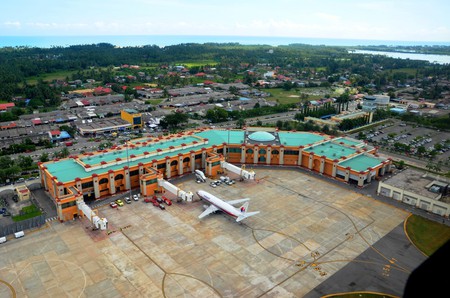 Flying into Kuala Terengganu from either Kuala Lumpur or Johor Bahru is an option too. Terengganu’s state capital lies approximately 110 kilometres (68.4 miles) south of Kuala Besut. Unless you want to explore more of the city, we don’t recommend this option since it takes twice as long to get to the port compared to Kota Bahru. If you choose this way to travel to the Perhentian Islands, take the bus to nearby Jerteh. Almost all buses heading north pass through this small town (expect a two-hour journey). From Jerteh, get a taxi to Kuala Besut. 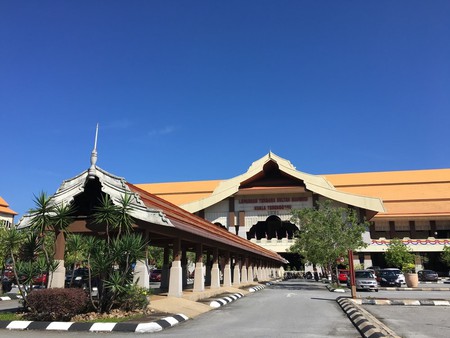 Direct buses connect Kuala Lumpur and Kuala Besut on a daily basis taking anywhere between six and eight hours. Tickets cost RM45 ($11.10 USD) per person with limited departures in the mid-morning and night. The bus drops passengers within walking distance of Kuala Besut’s port. We don’t recommend this unless you take the night bus. Ferries stop operating after 4pm and you would need to book accommodation. Train services from Kuala Lumpur have a more limited schedule. If you take the train, stop at Wakaf Bahru Station in Kota Bahru before taking the bus or taxi to Kuala Besut. 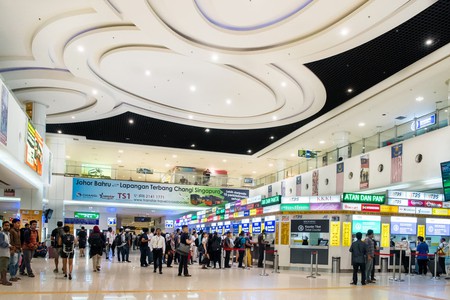 Ferry from Kuala Besut to the Perhentian Islands

When you arrive in the small port town of Kuala Besut, the final leg involves a speedboat transfer. Almost everyone will try to convince you to use their boat. And they only depart when they’re full between 9am and 4pm. Tickets cost RM70 ($17.30 USD) return and RM35 ($8.60 USD) one-way (not including the conservation fee). The ferry should drop you off at your destination in the Perhentian Islands. We suggest buying a return ticket for the sake of convenience. Pro tip: Some companies offer up to 25% discount on return ferries; it pays to shop around. Be prepared for overcrowding on the speedboat and hold belongings tight. It doesn’t hurt to wrap electronics in a waterfront cover as well. In theory, ferries returning to Kuala Besut depart at 8am, 12pm and 4pm. Confirm the time as soon as you get to the Perhentian Islands. 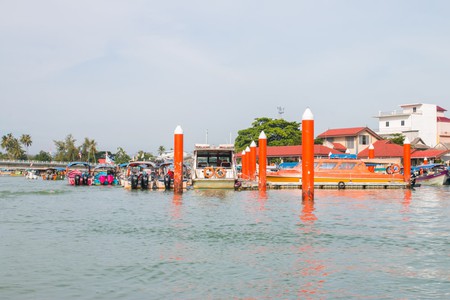