How to Plan the Ultimate Road Trip Through Borneo 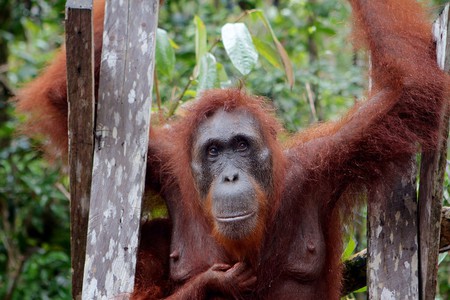 Roadtrips have become a popular way for travellers to explore Malaysia, and Borneo is an amazing region. While traveling along the highway you’ll encounter cities full of culture, mountainous terrain, tropical rainforests, and relaxing beaches. If you are up for an adventure, read our guide to the ultimate ten-day road trip through Borneo.

Also known as the Trans Borneo Highway, the Pan Borneo Highway is the best route for your roadtrip. It connects Sabah and Sarawak with Brunei. This route links to popular destinations around Borneo, including national parks, cities, and jetties. Here’s how to plan your roadtrip along this route.

It is best to travel outside the monsoon seasons to avoid heavy rain. You need to be ready with changing weather conditions, as Malaysia is known for its heavy rain and humid sunny weather.

Begin your trip by spending a day walking around the city of Kuching. Learn about Sarawak’s history at the Sarawak State Museum, which displays historical artifacts and natural specimens. Take photos of the Cat Statue and Big White Cat Statue, symbols of the city, located in the city centre. Visit the old Fort Margherita, built by Charles Brooke, the Rajah of Sarawak. Explore The Astana, a residence of Sarawak’s governor with a beautiful waterfront and gardens. 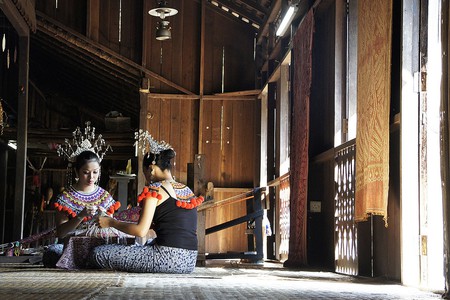 Enjoy your second day by exploring the national parks in Kuching. The Bako National Park, the oldest park in Sarawak, has panoramic rainforest views with rocky cliffs and secluded beaches.

Park your vehicle at Bako Village and take a 30 minute boat ride to the national park. Walk among the jungle trails, where you will find various flora and fauna along the way. You will also discover rocky pools and secluded beaches near to the rainforest.

Head back to the Bako Village and drive down to Kubah National Park, home to wide range of palm tree and orchid species. Take different trails that let you discover breathtaking views, including the Selang Trail, a pathway to the viewpoint of Matang and Santubong peninsulas. 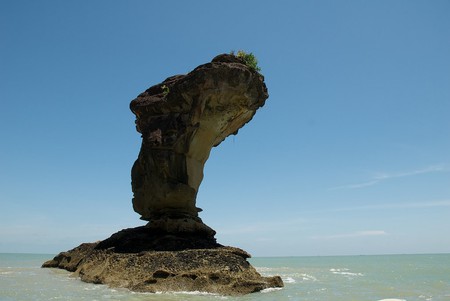 Wake up early today, as it will take six hours to drive the 319km to Sibu. You will reach in Sibu by mid-day. Spend your remaining time in Sibu by visiting the Sibu Heritage Centre, which showcases Sarawak and Sibu cultural history and ethnic communities. Watch the sunset views at Tua Pek Kong Temple, a Taoist temple with panoramic views of Sibu and Batang Rejang. Shop for some local fresh produce at the Sibu Central Market, with more than 1,000 stalls. You can have dinner at the food stalls upstairs where they serve Chinese, Malay, and Ibanese food. 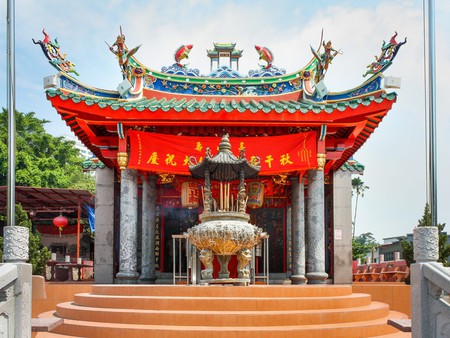 Drive further up to Lambir Hills National Park to explore its diverse rainforest ecosystem. Take the Latak Waterfall Trail and Pantu Waterfall Trail to view the scenic waterfalls. Hike along the Summit Trail, where you will be mesmerized by wild orchids, and have a cool bath by the Dinding Waterfall. You will encounter different species in the rainforest. Stay the night in Miri and prepared yourself for a wild adventure in Gunung Mulu National Park. 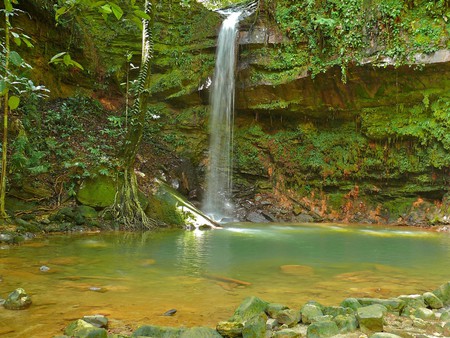 You are halfway through your trip, and almost finished exploring Sarawak. An iconic natural sight you have to visit is the Gunung Mulu National Park. To get there, either take a boat or a MASWings flight. We recommend taking one of the frequent daily flights from Miri to Mulu. Make reservations to spend the night in the park, where accommodation is provided for travellers. Venture through the caves, including Deer Cave and Clearwater Cave, to learn about their limestone formations. It will be an adventurous experience hiking through the caves and their amazing natural beauty. 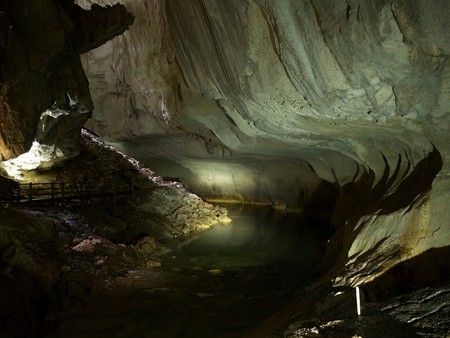 Begin your journey in Sabah by taking a two hour flight to Kota Kinabalu from Mulu Airport, and spend a day there. Explore the majestic Kota Kinabalu City Mosque, which is surrounded by a beautiful lagoon. The mosque has similar features to the Nawi Mosque in Medina, including a blue and gold dome. Take photos of the Atkinson Clock Tower, the oldest structure in Sabah and looking across the city. Visit the historical Petagas War Memorial, commemorating the soldiers who died defending Sabah during World War II. 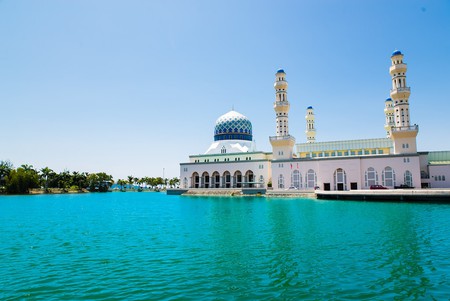 Begin your island-hopping adventure at Tunku Abdul Rahman National Park, which consists of five islands: Gaya Island, Sapi Island, Manukan Island, Manutik Island, and Sulug Island. Take a ferry from Jesselton Point. You can also book an island tour to explore the islands. Play exciting beach activities or go snorkelling or diving by the sandy beaches and tranquil, crystal clear water. The price for island hopping depends on how many islands you plan to visit, but ranges from RM33 – RM53 (USD 8 – USD13) for adults and RM28 – RM48 (USD 7 – USD 12) for children. 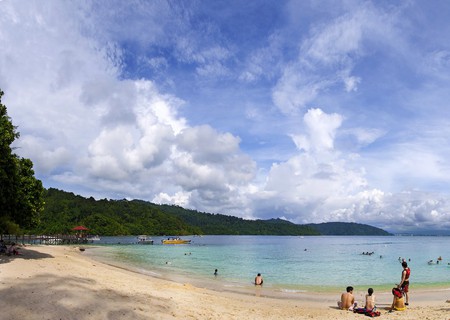 Take an 88.9km drive (about two hours) down to Kinabalu Park, one of Malaysia’s World Heritage Sites, where you will be able to see the Mount Kinabalu from afar. Discover various flora and fauna in the rainforest, including Rafflesia, the biggest and smelliest flower in the world. Stay a few days at Kinabalu Park if you plan to climb Mount Kinabalu. Be well-equipped for hiking the highest mountain in Malaysia. 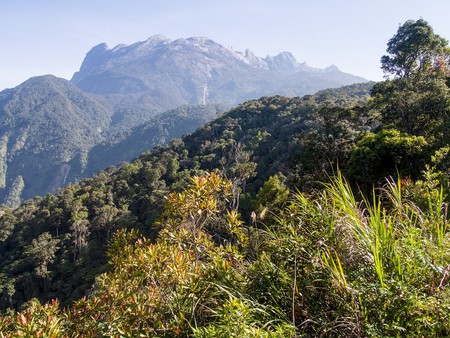 It is time to visit your orangutan friends at the Sepilok Orangutan Rehabilitation Centre, a 229km drive (about four hours) from Kinabalu Park. Founded in 1964, Sepilok Orangutan Rehabilitation Centre supports 60–80 orphaned orangutans. See how these orangutans are taken care with tender love and care in their natural habitat. A boardwalk leads to a viewing gallery and feeding platform, where orangutans are fed with milk and bananas twice a day by the rangers. 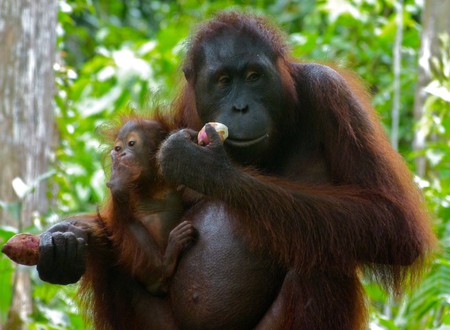 Visit the Gomantong Caves to learn how bird nests are harvested by the farmers. You can watch the harvesting at Simud Hitam (Black Cave). Simud Putih (White Cave) has the more valuable bird nests. You are required to make arrangements with the guide to further explore Simud Putih. Swiftlets, bats, serpent eagles, bat eagles, kingfishers, and a few orangutans can be seen at these caves.

This is the final day of your roadtrip. Time to celebrate on the calm seas and islands at Tun Sakaran Marine Park. Drive for five hours to Semporna (304km) and take a boat ride to visit the marine park. It consists of eight islands and two reefs, including Bohey Dulang Island and Mantabuan Island. There are plenty of stilt houses and house boats as the nomadic Bajau Laut (Sea Gypsy) community live in the marine park.

Go island hopping to discover each island’s uniqueness. Bohey Dulang Island is great for hiking and bird watching. Visit the Bajau Laut Village to catch a glimpse of their everyday life, and maybe get the chance to chat with the locals. 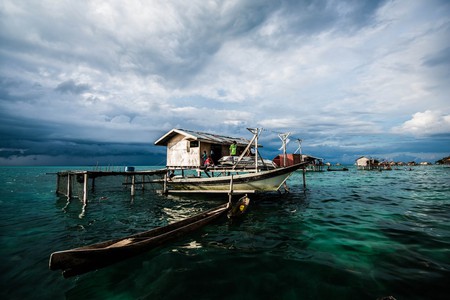