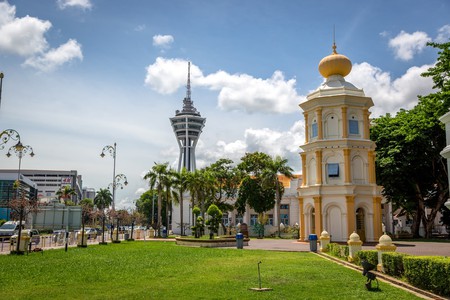 Langkawi’s lesser known sister across the Straits provides a shot of history with stunning architecture surrounded by miles of lush paddy fields. Add in colourful shophouses, one of Malaysia’s most beautiful mosques and a refreshing lack of tourism. Welcome to Alor Setar: The secret city between Langkawi and Penang.

Northwest Malaysia’s Kedah splits into Langkawi, which gets all the attention, and the mainland that receives almost none. But the ‘Rice Bowl of Malaysia’ and its historical capital Alor Setar bursts with wonderful sights, has northern Malaysia’s oldest fort and the people love their Sultan like the Brits do the Queen.

The cradle of pre-Islamic civilisation in Malaysia 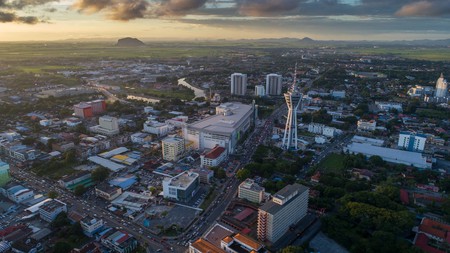 Kedah’s 19th Sultan founded Alor Setar next to the Alor, the Malay word for ‘stream’ in 1735. Setar trees producing gandaria fruit (similar to mangoes) lined the stream coining the name Alor Setar (pronounced Alor Star). Back then, fields bursting with paddy stretched across the plains. Wooden houses fringed by palm trees and banana leafs bordered the sparkling paddy fields. Alor Setar’s suburbs still retain their photogenic kampong landscapes. Much of the city’s half a million or so residents work in the fields and produce a third of Malaysia’s rice. 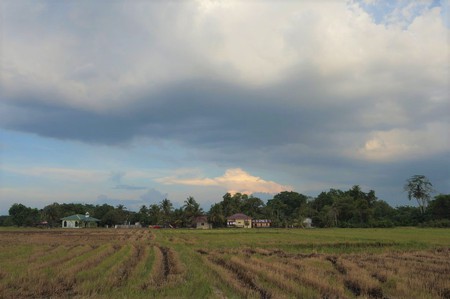 Kedah’s royal family date their ancestry back to the 12th century. And the majority Malay (Muslim) population hold the highest level of respect for their Sultan. But Alor Setar’s association with power doesn’t stop there. Malaysia’s first prime minister of a nation independent from the British, Tunku Abdul Rahman, lived and grew up here. Tourists can visit his former two-storied bungalow at Rumah Merdeka (Independence House). Dr Mahathir recently became the world’s oldest state leader at age 92 for his second elected term in 2018. His family home (Rumah Kelahiran Mahathir) transformed into a museum too.

Beyond the history, Alor Setar offers stunning landscapes, gorgeous architecture and a handful of museums and galleries. Most start in Dataran Alor Setar (the central square). Moorish Zahir Mosque flanks the western quarter next to the stately Big Clock Tower. The Royal Hall which hosted coronations and official ceremonies sits opposite. Two former courthouses converted into both a museum and art gallery lie to the north and south. The Sultan Museum dedicates itself to the late Sultan (who died in 2017) while the southern Kedah Art Gallery displays Kedah’s local artwork and handicrafts.

Walk a few minutes south to colourful Chinatown. Decorated terraced shophouses line the narrow streets. The occupants here sell knick-knacks, repair bicycles and tailor clothes like their fathers and grandfathers before them. Add in the futuristic looking Alor Setar Tower dominating the city centre, Malaysia’s longest aqueduct (Wat Mat Saman Canal) and a 250-year-old fort nearby. Now minus the tourists and travellers, they have the city practically to themselves. This is Alor Setar: Malaysia’s hidden gem stopover. 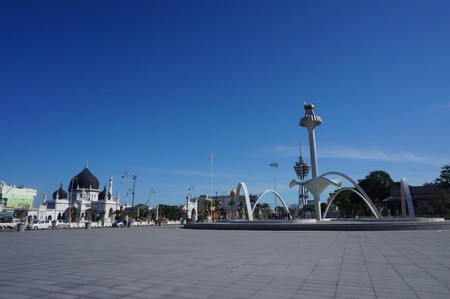 Most travellers backpacking through Malaysia visit both Langkawi and Penang. But rather than taking the 40-minute flight or three-hour ferry between the two, why not break the journey up with 24 hours in Alor Setar? Kuah port and Kuala Kedah (20-minute taxi ride from Alor Setar) are approximately 60 kilometres (37 miles) apart. Butterworth on mainland Penang lies some 90 kilometres (56 miles) south, or just over an hour on the Komuter train. From Butterworth, take the ferry (departs every 20 minutes or so) to George Town.