Why 'Aggretsuko' is One Of the Best Anime On Netflix 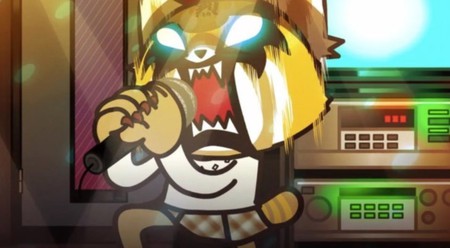 At first glance, Aggretsuko appears to be the kind of cutesy throwaway fluff that Japan is renowned for – kawaii mascot, absurdist humour, unique selling point (“It’s a cute animal who sings metal LOL!”). But behind the adorable facade lurks a workplace comedy every bit as venomous as The Office, with plenty of insight into the human condition. Mild spoilers ahead.

The show, currently streaming on Netflix, takes place mostly in an anonymous office somewhere in Shinjuku, Tokyo’s business district. Our protagonist is a red panda named Retsuko, 25 and single, grinding through the daily horrors at her job in the accounts department. Retsuko hates her working life, beset on all sides by intolerable co-workers and a crushing sense of ennui. She has only one means of release from her toil – renting a karaoke booth for one after work and screaming along to death metal. All this from the same company that gave us Hello Kitty.

The show, which began life as a series of two-minute shorts on the Tokyo Broadcasting System, gets more mileage on its concept than one might expect, thanks largely to a great script and razor-sharp observations on the hellish minutiae of life at an average office in Japan. Retsuko tolerates a checklist of major irritants on a daily basis; a snarky co-worker, the office sycophants, the workplace gossip-monger, a bullying superior and most hideous of all, a leering, hypocritical boss who is literally a giant chauvinist pig. All provide fuel for Retsuko’s harrowing screams in the karaoke parlour. The series’ cute exterior acts as a sort of Trojan horse to tackle subjects which anime is not normally known for – what’s it like to be a woman who is belittled everyday in her workplace? How can she create her own sense of self-worth? How do you keep your head above water in a country where people are literally working themselves to death?

Adding to the show’s appeal is the fact that it is, across all ten of its 15-minute long episodes, consistently laugh-out-loud funny. Alongside great writing, the show incorporates physical comedy and demands to be watched in Japanese with subtitles, as it hilariously nails the intonations and inflections used by its archetypal characters (a grating shop assistant in Episode 2 is a perfect example). As the old saying goes, stereotypes only exist because they’re true. 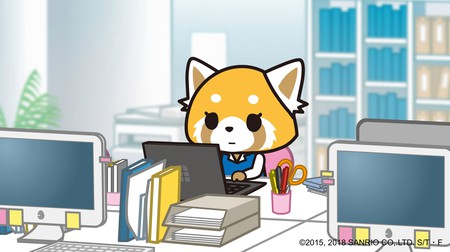 The show paints in broad strokes but isn’t afraid to examine its subjects in greater detail. In one episode, Retsuko befriends two female executives at her company who by day wear power suits and strut the corridors with Beyoncé-level confidence (“We must not show any signs of weakness”, one tells the other) . Outside of the building, they are friendly and empathic. The show reminds us of the folly in continually judging others based on appearance alone. There is also a running subtext about the necessity of taking responsibility for our life choices. Retsuko may hate her working environment but still shows up every day and wears her brightest smile. We are prisoners in cells of our own making, the show tells us, and we have the means to set ourselves free, but whether we choose to invest in those means is another matter.

Restsuko’s plight is one that many can relate to, not in just in Japan but around the world. Most of us have worked in a soul-crushing job at some point in our lives, and our means of venting after each interminable day has probably tended to be a little on the loud side. The show running time makes it perfect bite-sized entertainment but also ensures that it stands up to repeat viewings. There is no news yet regarding a possible second season, but the show has already become a viral sensation on the internet. Miss it at your peril. 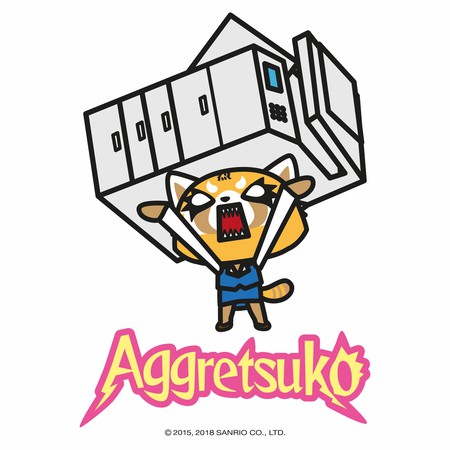