Where to Go for Great Views of Mount Fuji 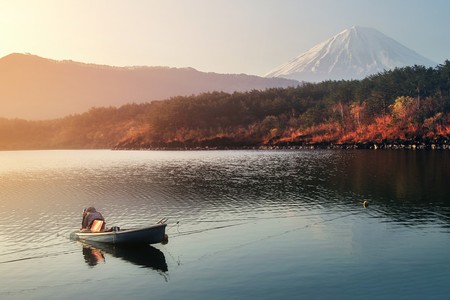 Mount Fuji from the shores of Saiko | © bundit jonwises / Shutterstock

Mount Fuji is one of the most photographed mountains in the world. From picturesque lakes to sandy beaches, find the mountain’s good side from one of these top viewing spots.

Hakone is a popular onsen resort town in Kanagawa Prefecture. It is home to the Fuji-Hakone-Izu, Japan’s most frequented national park. From here, visitors can capture clear views of Mount Fuji or landscape shots of the mountain peeking out over forests, lakes, and flowery hills. At the heart of the park is Lake Ashi—a scenic spot in its own right and home to Hakone’s iconic floating shrine. 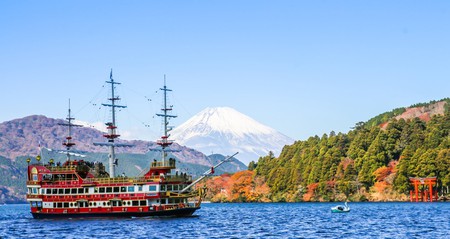 Lake Kawaguchi, or Kawaguchiko, is a lake in Yamanashi Prefecture on Mount Fuji’s north side. Surrounding the lake is a well-developed tourist area. Make your way to Kawaguchiko’s north side to capture that iconic view of the mountain reflected in the water’s calm surface. If you’re ready to see it up close and personal, you can access climbing trails for Mount Fuji from Kawaguchiko Fifth Station. 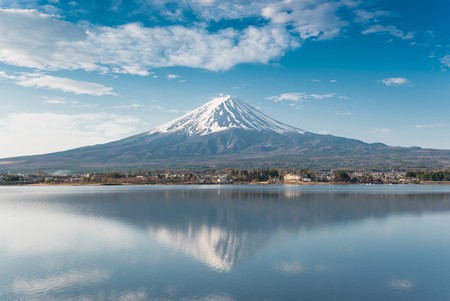 One of the most iconic views of Mount Fuji, from Lake Kawaguchi | © dewspliff / Shutterstock

If you’ve ever seen a 1000-yen bill, you might have noticed a little picture of Mount Fuji tacked onto the left side. This image is the view of the mountain from the north side of Lake Motosu (Motosuko), a picturesque lake west of Mount Fuji. The area is popular with kayakers, paddleboarders, hikers, and campers, but doesn’t see as much foot traffic as Lake Kawaguchi. 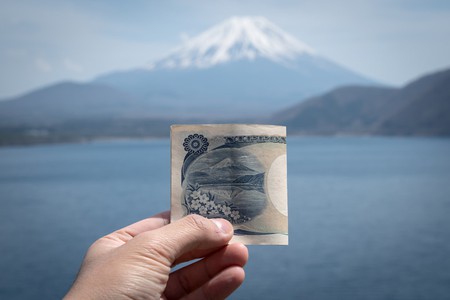 Saiko is another of the Fuji Five Lakes, along with Kawaguchi, Yamanaka, Shoji, and Motosu. Here, make your way to Iyashi-no-Sato, an open-air museum that recreates an Edo-era farming village. Although views of the mountain are not as clear from here as the other lakes, it offers a lot of atmospheric charm and gives visitors a sense of what Mount Fuji looked like during the Edo Period. 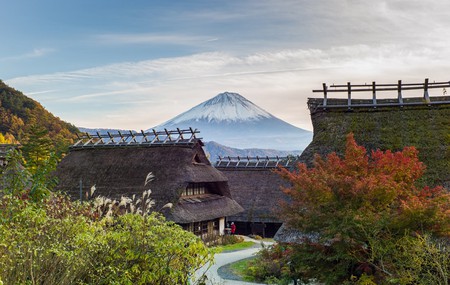 Mount Takao is close to Tokyo and home to some of the city dwellers’ favorite hiking trails. Located west of the city (and, therefore, closer to Mount Fuji), this mountain can offer climbers stunning views of nearby Fuji-san, especially on a clear day. A trip to Takao-san and back from central Tokyo can be completed in a single day. 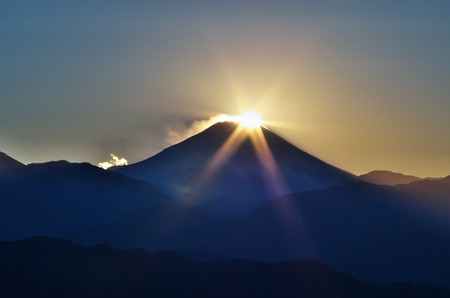 The city of Kamakura offers a unique perspective on the famous landmark because visitors can take the most iconic views of Mount Fuji here from Kamakura’s picturesque beaches and shorelines. Mount Fuji is still pretty far off though, so clear blue skies show the mountain off best. Kamakura lies in Kanagawa Prefecture, south of Tokyo and accessible from the capital by train. 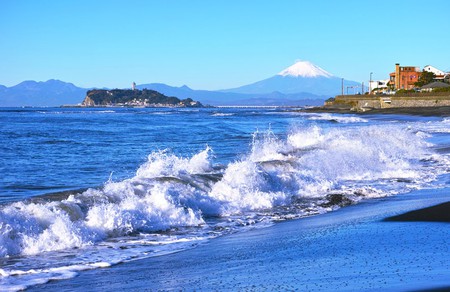 Mount Fuji is the backdrop to Kamakura’s beaches | © 7maru / Shutterstock

Mount Fuji is nearly 100 kilometers (62 miles) from Tokyo, but it can still occasionally be seen from the city’s observatories. Also known as the Bunkyo Civic Center, this tower houses a free observatory on the 25th floor. In good, clear weather, Mount Fuji can be seen peeking out from behind the skyscrapers of Shinjuku. It’s become a popular place among photographers to capture views of Tokyo at sunset. The Bunkyo Civic Center sits in Tokyo’s Bunkyo ward. 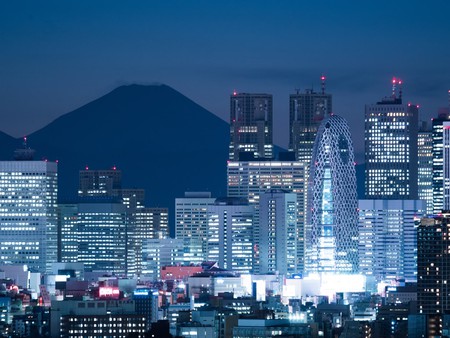