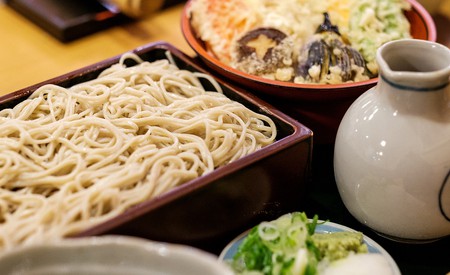 Japanese cuisine has so much more to offer the world than sliced, raw fish. With a temperate climate and plenty of rainfall, this island nation is able to grow much of its own food, leading to recipes that are delightfully and distinctly from Japan. Here is the rundown of the top Japanese foods that are not sushi.

Okonomiyaki are large, savory pancakes cooked on a flat grill or griddle. Traditionally, cabbage or other firm vegetables make up the bulk of the batter but you can also order a thinner version and really do whatever you want with it. At an okonomiyaki restaurant, patrons cook the food to their liking right at the table, okonomi means ‘what you want’. 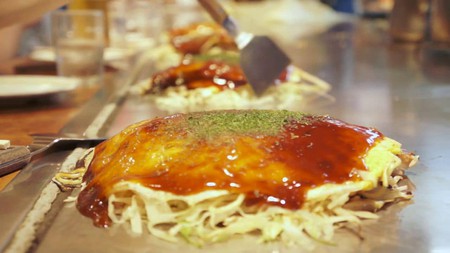 Izakaya (Japanese pubs) are a great place to experience an authentic taste of Japan. Here you can order a variety of traditional Japanese dishes like yakitori (grilled chicken skewers) and grilled fish, to new favorites like bacon-wrapped Enoki mushrooms and stew. Best of all, you can wash it down with a bottle of sake or beer from the local breweries. Dishes and servings are small, so be prepared to order plenty, hang out for a while and soak up the atmosphere. 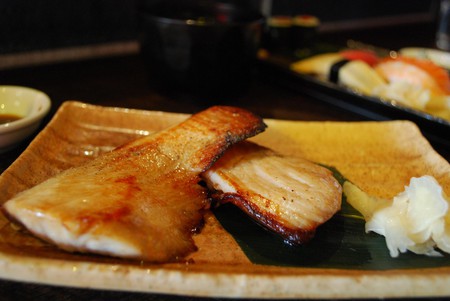 Another grilled favorite (yaki means ‘grilled’), tako-yaki are battered and grilled octopus pieces. These are traditional street fare and will often be sold at festivals in large servings made to share, with toothpicks instead of chopsticks to enjoy. Osaka is known for having some of the best tako-yaki in Japan. 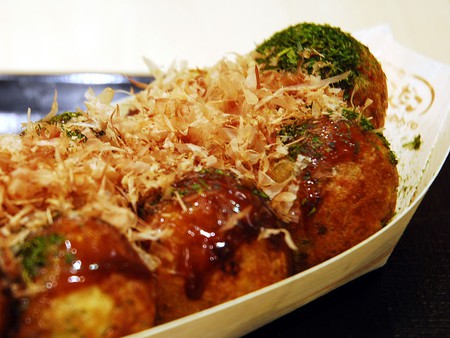 Unagi means ‘eel’. Most often, the unagi is grilled, brushed with sauce and served on a bed of rice (unagi-don) and is considered a delicacy. A full, sit-down dinner at a restaurant serving unagi can be expensive but an unagi bento or boxed lunch set from that same restaurant is an equally delicious, cheaper option. 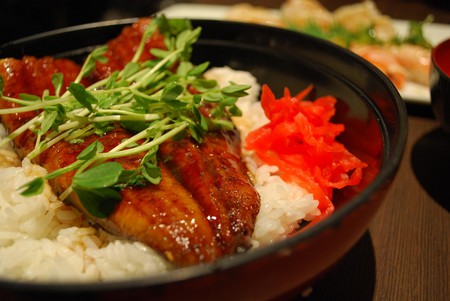 Dango are glutinous rice dumplings also known as mochi, on a skewer. When made by hand, they are extremely labor-intensive and were traditionally only made on special occasions like New Year’s. Today, however, you can get commercially-made dango from most convenience stores or from street vendors on festival days. Dango can be grilled and savory or slightly sweet. They appear frequently in Japanese pop culture, particularly the eye-catching, tri-colored hanami dango, a symbol of spring in Japan. Do be aware that as a traditional Eastern snack, dessert dango are not as sweet as what many people expect. 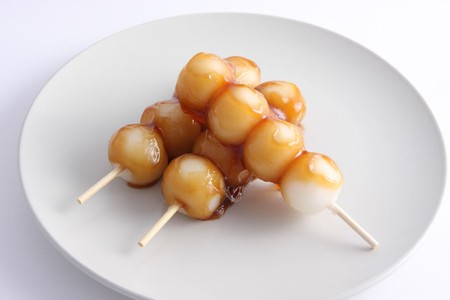 Imported from China, rāmen is soft, fresh noodles cooked in a meat-based broth and topped with vegetables and meat. Spring onions, slender slices of pork and soft-boiled eggs are a common addition. It’s usually served with both chopsticks and a Chinese-styled soup spoon so that diners can sip the broth while they eat without lifting the bowl. Udon is similar to rāmen, except udon noodles are much thicker and the broth is much lighter. 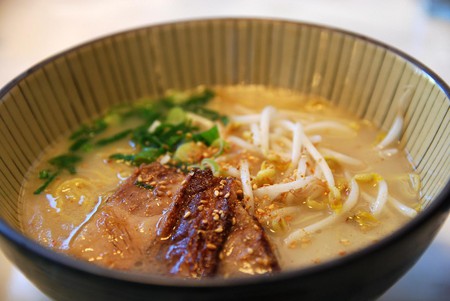 Soba are slender noodles made from buckwheat, making them heartier, chewier and some would say healthier than their wheat-based cousins. In the summer, it’s common to order your soba chilled with a dipping sauce, rather than in a piping hot broth, this is called zaru soba. You’ll find good soba restaurants in the Asakusa district of Tokyo.

Tonkatsu are breaded and deep-fried pork cutlets, usually served as part of a set meal with soup, pickles, rice and other sides. You’ll find tonkatsu everywhere, from restaurants specializing in the dish to grocery store bentos to shokudō. Shokudō are common and inexpensive restaurants and they’re usually the ones with plastic models of their dishes out front. They’re found in and around malls, tourist areas and train stations. 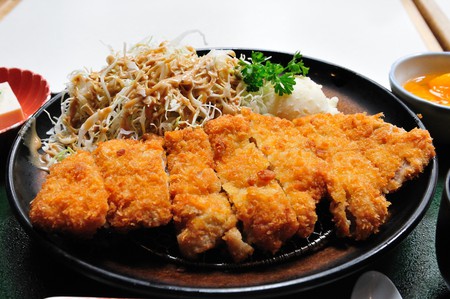 Kaiseki is Japanese haute cuisine. Kaiseki dinners are a feast for the senses, served in private rooms of ryōtei, upscale traditional restaurants, and can cost over ¥10,000 per person. Before you decide to splurge, know that many kaiseki restaurants offer a taste of their cuisine in the form of a bento during lunch hours. 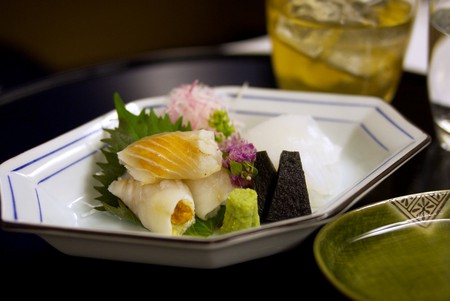