Where To Eat Ramen in Tokyo, Japan 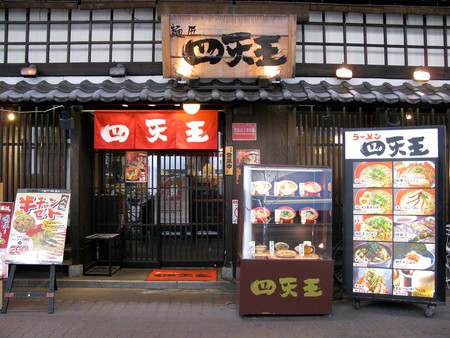 Ramen is ubiquitous in Japan seemingly around every corner, from the aisles of 7-Eleven to Tokyo Ramen Street in Tokyo Station. We take a look back at ramen’s place in Japanese culture, and explore six of the most talked about ramen restaurants in Tokyo. 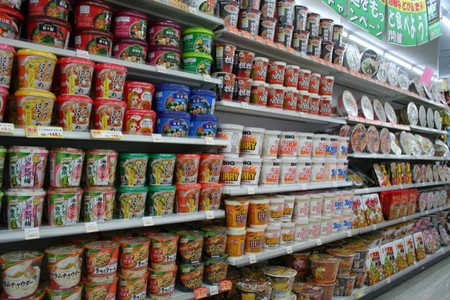 Having grown up with a stash of instant ‘ramen’ from the local Chinese supermarket in the kitchen cupboard, the image of ramen conjures up thin squiggly noodles. Think packets of fatty goodness and oddly shriveled freeze-dried vegetables that magically expanded in hot water. Ramen was what you ate on-the-go during holidays, or at home when no one had the time or energy to prepare a proper meal. Thanks to Taiwan-born Momofuku Ando who developed the ubiquitous instant Chikin Ramen in 1958, instant ramen took the world by storm, from Taiwan to Korea and beyond, spreading across continents and finding its way into every university student’s cupboard.

Yet little did I know that true ramen — with hand-pulled noodles and slow-cooked broth — is not only incredibly delicious, but also infused with culture and history. The history of ramen in Japan stretches back to the mid-19th century as Japan opened itself up to the world under the Meiji Restoration, bringing with it an influx of Chinese people who brought with them the foods and flavors of home. By the 1900s, through food stalls and carts, the Chinese noodles became an increasingly important part of the Japanese diet, where they were transformed into a distinctly Japanese dish. 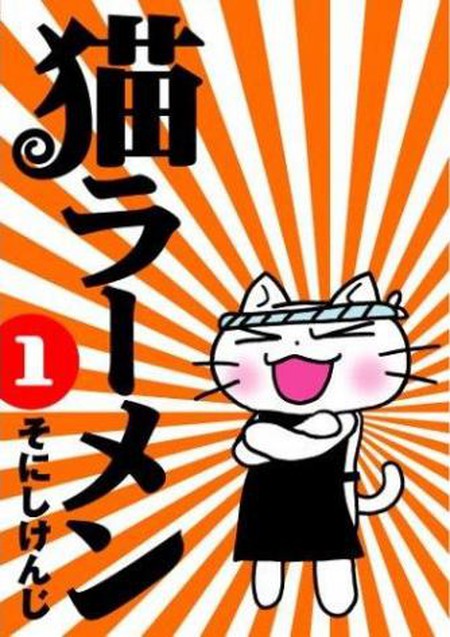 Ramen’s importance to Japanese culture has been celebrated through a museum, film and manga; in 1985, the film Tampopo dubbed the ‘first ramen western’, essentially was an ode to the ‘art of noodle soup making’. More recently in 1994, Yokohama inaugurated the Shin-Yokohama Ramen Museum, a food amusement park that celebrates the history of ramen whilst offering visitors the opportunity to taste the smorgasbord of regional varieties under one roof at any one of its nine ramen shops.

Indeed, the variations of ramen are limitless. Across Japan, each region offers its unique style of ramen with different soup bases (shio ‘salt’, shoyu ‘soya sauce’, tonkotsu or miso) noodles and toppings. Even within the same restaurant chain each shop puts a distinct spin on their ramen to give it subtly different flavor profiles. Packed into narrow neighborhood ramen shops and perched on hard stools, Japanese ramen eaters noisily slurp down heaping bowls of steaming homemade ramen and house broth. The versatility of ramen and its full-flavored umami fatty richness and appetite-whetting deliciousness have made it one of the most popular dishes for foodies.

The ramen epidemic which has gripped Tokyo in recent years has since spread across the world through food bloggers, foodies and David Chang, whose Momofuku Noodle Bar introduced those who grew up on polystyrene-cupped noodle cakes to the real deal. Tokyo boasts an impressive selection of ramen shops, located down neighborhood alleys and underground in subway stations. Intense competition has pushed these restaurants to create various quirky flavors, including ice cream, peanut butter, and coffee-infused broth. These restaurants strive to perfect the art of noodle making. Here, we take a look at six of the best Tokyo ramen joints.

Ramen Jiro in Mita has been around since the 1970s, where creator Yamada Takumi started serving the student population of nearby Keio University. Using a pork-based soup, the fatty, oily liquid is infused with MSG, soya sauce and topped with a huge portion of chashu pork, cabbage and the option of adding freshly chopped garlic. One of Tokyo’s trending ramen varieties (though some consider it not ramen in the strictest sense), Ramen Jiro has spawned numerous branches dotted across the city opened by former Jiro apprentices. Whilst the wait can be anything from 30 minutes to two hours on a bad day, the heaping portions — with additional toppings available for free — are a fine reward for even the most famished eater. The combination of bread flour noodles, unconventional broth and sautéed cabbage may sound humble, yet Jiro’s is well worth a try having made it to #50 on The Guardian’s 50 Best Foods in the World in 2009. 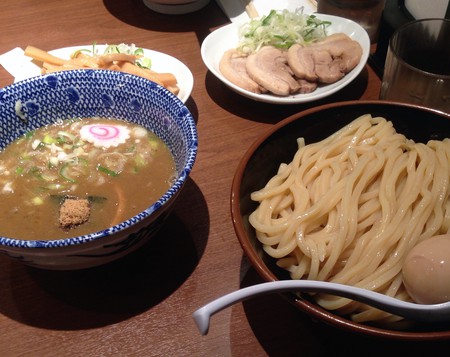 Not ramen in the strictest sense, tsuke-men ‘dipped noodles’ come in two bowls, one with broth, the other with noodles. Arguably Tokyo’s most popular spot for tsukemen ramen at the moment, Rokurinsha is renowned for its non-traditional ‘dipping’ style ramen, in which Rokurunisha’s noodles served separately are dipped into a steaming bowl of broth, which infuses the noodles with flavor without sacrificing its chewy texture. The noodles are one of Rokurinsha’s specialties: designed for tsukemen style ramen, their chunky thickness helps to absorb ramen broth quickly. Its broth, a combination of tonkotsu and dried fish broth is simmered for over 13 hours, given it a proper thickness to complement the noodles. Located in the hyper competitive Tokyo Ramen Street located in Tokyo Station, Japan’s busiest train station, Rokurinsha is one of a mere eight ramen restaurants invited to set up stall on Tokyo Ramen Street. Notorious for long queues upwards of an hour, guests choose their type of ramen from a ticketing machine, selecting options for extra toppings, then pay using a train card. 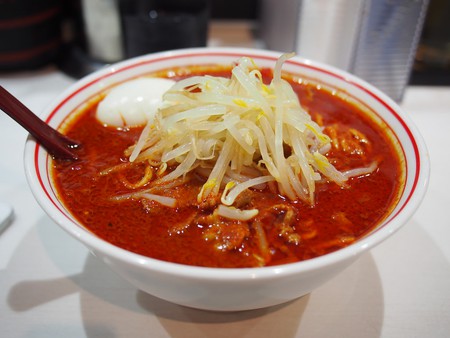 Another non-traditional ramen style, Mouko Tanment Nakamoto specializes in spicy ramen. The story goes that current owner Shirane was a regular customer for 20 years, and on the original owner Nakamoto’s retirement, Shirane begged to know the recipe for Nakamoto’s spicy ramen. After constant persistence, he was duly rewarded. Since 2000, Mouko Tanmen Nakamoto has built a reputation for being the spot for spicy ramen. For the intrepid, try the Hokkyoku Ramen or Hiyashi Hokkyoku ramen, both of which is served with Chinese red chilis and come in a terrifying spicy red color. For milder soups, Mouko Tanmen Nakato offers a miso-based ramen with spicy mapo tofu on top. Non-spicy alternatives are also available.

One of Tokyo’s venerated ramen shops, Harukiya has been serving its Tokyo-style ramen for over 60 years, having opened in 1949. Known as the birthplace of Tokyo ramen, Harukiya Ogikubo Honten serves a chicken stock and shoyu-based broth infused with dried fish flavors. A tiny restaurant with just eight seats in the shop, speed is of the essence and patrons slurp down their bowls of ramen in the requisite few minutes.

Ivan Orkin, the chef and owner of Ivan Ramen in Tokyo, brazenly opened his own ramen shop in the heart of Tokyo in 2007, entering the highly competitive and hyper critical world of Tokyo ramen. How could a Long Island native hope to create a bowl of ramen to rival Japan’s best? This highly unconventional move has paid off for Ivan Orkin, whose Tokyo shop attracts a loyal clientele and who has even developed a line of instant noodles. Offering both shio and shoyu broths, Ivan’s eye for detail and quality extend to the consistency of the egg toppings as well as his chewy house-made noodles. 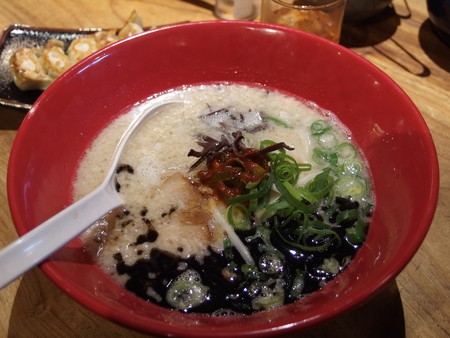 Fukuoka-based Ippudo has become a veritable ramen empire, serving ramen around the world in such far-flung locations as Kuala Lumpur, Sydney and New York City. Established in 1985, Ippudo specializes in Hakata-style ramen with its milky rich tonkotsu-based broth. Rich but not overwhelmingly fatty, Ippudo pairs this with fine noodles. Ippudo’s original Tokyo location is its Ebisu shop, and you can also find it at the Shin-Yokohama Ramen Museum.