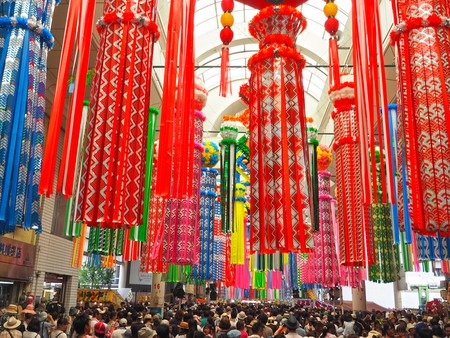 Also known as the Star Festival, Japan’s Tanabata has its roots in the Chinese Qixi, or Double Seventh Festival. In Japan, it is usually celebrated on the seventh day of the seventh month of the Gregorian calendar – July 7th – rather than the traditional lunar calendar.

According to classical Chinese beliefs, Qixi is the one night a year when the two star-crossed lovers Zhinu (the Weaver Girl) and Niulang (the Cowherd) can reunite. This is because a third star representing a bridge appears between their constellations Altair and Vega. Historically, the love story between the two made this festival important to lovers and newlyweds. Women especially would pray to Zhinu and make offerings, hoping for a husband as devoted as Niulang and domestic skills as heavenly as the Weaver Girl’s. These prayers and wishes to the divine for skills became the focus of Tanabata in Japan. 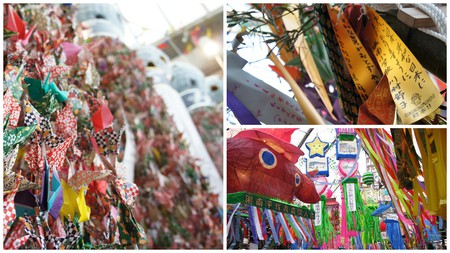 The Double Seventh Festival was introduced to Japan during the Heian Period (794-1185), where the two lovers are known as Orihime and Hikoboshi. It was mixed up with traditional Obon festivities, since Obon was celebrated around the same time. On this day, people write their wishes on paper slips called tanzaku and tie them to bamboo. The wishes are sometimes burned or sent down the river. But the bright and colorful paper streamers are the most iconic symbol of Tanabata.

The largest Tanabata celebration in Japan is in Sendai, where it is held each year in August, closer to the traditional date of Qixi. The city is filled with paper streamers, decorations, and handwritten wishes. It has become one of the most important festivals in the Tohoku region and attracts thousands of visitors each year.