Why Some Japanese Workers Are Living in Manga Cafés 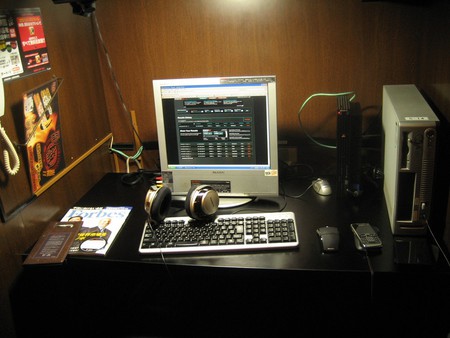 If you’ve ever visited Japan, you’ll know the nation’s population isn’t afraid of catching 40 winks in public. Trains, cafés, even office desks make for temporary beds for many of the millions of overworked salarymen and women. Thanks to the nation’s need for sleep, it’s no surprise that the country has crafted a number of alternative napping options for tired locals. Love Hotels, where guests (and their other half) can pay for a few hour’s stay, capsule hotels, and manga cafés are two popular forms of temporary accommodation.

One pretty unpredicted statistic to come out of the country this year however is that for many, manga cafés are much less temporary than they’re meant to be. In fact a surprising amount of manga café goers are in fact permanent, technically homeless, residents.

What is a manga café?

Firstly unlike a capsule hotel, or love hotel, what a manga café is may be hard to figure out for non-Japanese. Part waiting room, part library, part cheap hotel and part internet café, a manga café is a place where people can basically pay to stay.

Often featuring a large collection of comics (manga), drink services and private booths, what else you get depends on what type of room you ask for. Typically there are booth rooms with just a reclining chair, a tatami floored booth, ones with sofas and ones for couples.

Though peoples’ reasons vary depending on their situation, one of the main reasons someone stays at a manga café is so they can sleep for the night. Often equipped with showers, they’re a cheap option for a quick overnight crash pad or if you’ve missed the last train. In Japan trains typically stop running at around midnight and if you don’t live within the immediate city area, getting a taxi home can often be a pretty pricey option.

The statistics and who’s living there

The Tokyo Metropolitan Government recently released the results from a manga café survey and from it they gathered some pretty interesting insights into the lives of manga café dwellers. Conducted between November 2016 to January 2017, the survey focused on 502 of Tokyo’s manga cafés that are open 24 hours a day, according to The Japan Times. From it they questioned around 946 of their customers. Answers were provided by 222 participating cafés.

From the survey the government estimates that around the 15,000 people stay at such cafés each night as many as around 4,000 are technically homeless people are using these cafés as shelter. Known as ‘cyber homeless’ the most common are people between the ages of 30s and 50s, accounting for 38.5 percent and 27.9 percent respectively.

Out of the homeless people living in the cafés it’s been discovered that around 3,000 don’t have stable jobs, though many are employed on some type of basis. It’s estimated many of those in their 30s are suffering following the 2008 global financial crisis, while those older residents struggle to find work due to their advanced age.

In Japan, renting an apartment typically comes with high upfront financial costs. Moving fees, deposits and ‘key money’ which is a nonrefundable monetary gift to the apartment’s landlord (typically costing around a month’s worth of rent) can all easily add up to a few thousand dollars, and that’s just to move in. This is one of the main reasons survey participants gave for their struggles with homelessness.

There’s also a tricky situation for a number of low earning Japanese employees, some earn a little money, enough to disqualify them from welfare, but yet still not enough to rent a permanent home in Tokyo. Out of the 363 café users who have no permanent housing, 46.8 percent, claimed their monthly income ranged from 110,000 yen to 150,000 yen ($999 – 1362 USD), while around 10 per cent had no income at all.

And there's a 24 hours manga-kissa as well. Basically if you really want to save money for accommodation, this place in particular has showers, a kitchen, photocopier/printer, beer, and its pretty tidy and clean. I have only heard of them before, do to actually have a walk through is great. #norbesa #japan2016 #canon6d #mangakissa #sapporo #susukino #mangacafe

Cyber homeless isn’t necessarily a new phenomenon. The last survey on these particularly vulnerable Japanese residents was conducted by the Health, Labor, and Welfare Ministry in 2007. Since 2007, the estimated number of homeless in manga cafés was 5,400 meaning it has gone down. The Tokyo government has promised to use these statistics to look into future policy making and to help make sure those facing hardship can get the help they need.