Kanji Characters That Will Help You Survive Japan 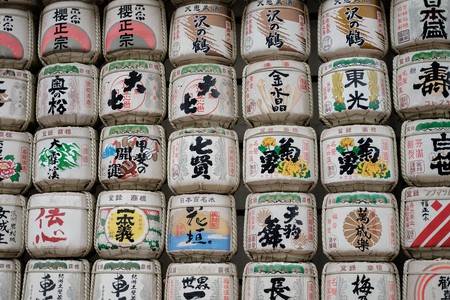 Japanese has three alphabets: hiragana, the classic everyday alphabet, katakana for foreign words, and finally kanji which was adapted from Chinese characters. Confused? With many kanji characters regularly used in everyday life, keep our kanji cheat sheet to hand and you can’t go far wrong.

駅 | eki | station
This little guy you’ll see at most stations around the country because it simply means ‘train station’. You’ll typically see this at the end of a station’s name. Keep an eye out for this one to make sure you haven’t missed your stop.

終点 | shuuten | last stop
If you have missed your stop and gone too far, by some unlucky chance you might see this kanji. It means ‘last stop’ on the train you’re riding. If it pops up it’s best to get off and switch trains.

入り口 | iriguchi | entrance
Preparing to enter a building but not sure if you’re going through the right door? This kanji says ‘yes’ – it’s the entrance kanji.

出口 | deguchi | exit
Time to leave? Make a quick beeline for this guy, the exit kanji.

普通列車 | futsū ressha | local train
Though there are a number of different train services in Japan, learning them all may be a little difficult, but if you’re paranoid about missing your stop, this kanji will help you out. It means ‘local train’ aka a train that’s stopping at every station on its journey.

急行 | kyuukou | express train
On the other hand, this kanji is for those with no time to waste, as it’s the express train kanji!

大 | oo | big
This kanji can mean ‘big’ in a number of situations, however arguably the most common time you’ll see it is on the toilet, meaning ‘big flush’. This kanji is easy to remember if you think about how it looks like a man doing a big start jump.

小 | shou | small
This on the other hand is the small kanji, also commonly spotted in the vicinity of the toilet. As opposed to the big guy, this one looks like a man just doing a little jump.

入 | iri | on
TV, heater, cooker – this one is an unforgettably important kanji, as it means ‘on’

切 | kiri | off
Save power and remember this one – it’s the ‘off’ kanji, usually spotted alongside the ‘on’ one.

暖房 | danbou | heat mode
Japanese winters can get bitterly cold, so remembering this kanji will keep your place defrosted during the chiller months.

取り消し | torikeshi | cancel
Made a mistake with your rice to water portions, or think your toast is already cooked enough? Slam this button down to cancel whatever is going on.

円 | en | yen
Japan’s currency, yen is an important one to remember (and pretty easy too) it sometimes comes before and sometimes after the number, so keep a close watch.

銀行 | ginko | bank
Needing to get a little cash out? Japanese banks can sometimes be a little tricky to identify if you can’t read Japanese. However wherever you see this, chances are you’ll find money.

本日休業 | kyuugyou | closed today
Knowing this kanji will save you the embarrassment of pushing your face up against the glass door of the shop or restaurant you were hoping to visit.

割引 | waribiki | discount
This kanji is the one that’s going to save you a lot of money. Keep an eye out for this guy when grocery shopping later than typical business hours, as food items with this sticker meaning you’re getting a bargain.

半額 | hangaku | half price
Even better than a discount is half price – see this one and you’ve hit the jackpot.

お茶 | ocha | tea
Tea is the most common drink in Japan, so it’s best to remember what it is in kanji.

洋 | yo | Western
This means ‘Western’ in terms of culture, so you’ll see many Western style food places or retail outlets with this little figure.

禁煙 | kinken | no smoking
A good one to keep in mind if you won’t want to annoy any locals. Smoking on the street in Japan is generally a no-no, so chances are you’ll spot this one on many busy walkways and footpaths.

撮影 | satsuei | photo, 禁止 | kinshi | no
Put these together and you’ll get 撮影 禁止, aka ‘no photos’. Don’t be that annoying tourist, it’s better just to follow the rules.

故障中 | koshō chū | out of order
Wondering why the vending machine didn’t dispense your warm can of coffee? Did you check for this sign?