Japanese Startup Aims to Put Advertising on the Moon 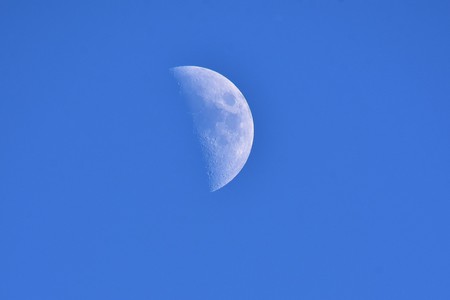 Will we see advertising on the Moon? | © Alexas_Fotos / Pixabay

A Japanese startup may be about to kick-start the commercialization of the Moon, after securing $90 million to begin advertisements on the lunar surface by 2020.

The Tokyo-based company Ispace raised 10.2 billion yen from the likes of Japan Airlines Co. and Tokyo Broadcasting System (TBS), with the aim of sending a spacecraft into orbit around the Moon by 2019, and then landing on the surface the year after, Bloomberg has reported.

The company says it will eventually have scientific goals such as searching for water on the Moon, but the initial opportunity comes from placing advertising on its spacecrafts and rovers, and then on the surface of the Moon itself.

“Human beings aren’t heading to the stars to become poor,” Takeshi Hakamada, chief executive officer of Ispace, was quoted by Bloomberg as saying at a press event in Tokyo. “That’s why it’s crucial to create an economy in outer space.”

This won’t be a gigantic advert visible from Earth, but would be a small billboard on the Moon, with our planet in the background.

Advertising in space sounds pretty crazy, but Ispace is not the first company to attempt it. In 1990, TBS paid to put one of its reporters on a Russian space flight and had its logo featured on the side of the launch vehicle. And in 1993, an American company called Space Marketing wanted to launch a gigantic billboard into low Earth orbit. The idea didn’t go anywhere, thankfully, but would have had created a billboard as visible as the Moon in the sky.

Nobody, however, has proposed taking advertisements to the Moon until now. There are other commercial projects on the Moon being talked about, such as mining gas and minerals. And Google’s $30 million Lunar X Prize competition challenges companies to put a spacecraft on the Moon, travel 500 meters on its surface, and transmit HD images and videos back to Earth.

Ispace has received some backing from the Japanese government, but it joins the long list of private companies looking to embark on space missions. The most prominent of these is Elon Musk’s SpaceX.