Japan is Paying People to Stay in a Space Station Simulation 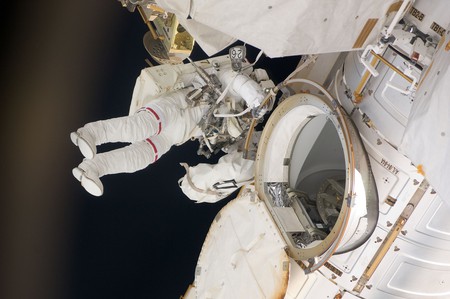 The space station will mimic the ISS | © Pixabay

The Japanese Aerospace Exploration Agency is offering to pay a few lucky people to take part in a space simulation test.

The agency has put out a call for eight people aged 55 or under to take part in the experiment, which will involve spending 14 days and 13 nights inside a simulated space station. The goal is to understand how people react to the stress of being confined for long periods of time.

If being crammed into a fake space station with seven other people doesn’t take your fancy, there is a cash reward to entice people. The agency will pay 380,000 yen (roughly $3,500) to each participant. The few who are selected will be locked up with none of their personal belongings in a section of the Tsukuba Space Center, which will be made to look and feel like the International Space Station. The test subjects will be asked to perform tasks and then have their stress levels measured.

Japan’s space program has a budget less than 1/10th the size of NASA’s, the U.S. space agency. Perhaps because of this, Japan has opted to undertake less flashy missions like sending robot explorers to Venus and Mercury rather than headline-grabbing goals of putting humans on Mars. A lot of Japan’s missions relate back to Earth, such as a $290 million probe which is orbiting Venus to collect information about it’s extremely hot atmosphere to try and predict the future of our planet.

The country has also launched satellites to track the movements of the Earth’s crust to study volcanoes and earthquakes. Japanese companies are providing parts and technology for other space-faring nations however, meaning the space industry is a significant contributor to the country’s economy.

There are a number of space simulation sites across the world. In Utah, the Mars Desert Research Station regularly hosts scientists looking to replicate the conditions of a Mars base for experiments. And in Hawaii the HI-SEAS project sees would-be space explorers spend months at a time in the isolation of a mock Mars base.

And in 2017 four students moved into a cabin in China that was built to simulate what life would be like living on the moon. The Lunar Palace continues to host long-term simulations and will see students growing crops and raising animals within the cabin.