Hyogo Leather: From the Backstreets of Kobe to the Runways of Paris 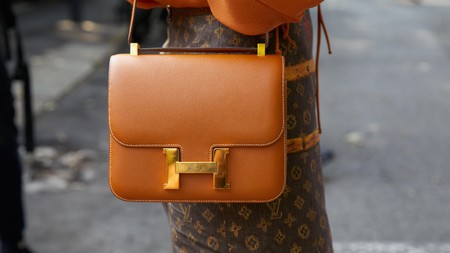 Hyogo leather, one of the world's most coveted materials, is made in Kobe, Japan | | © A. Astes / Alamy Stock Photo

Masamichi is the man with the hard-to-find animal hides. He’s the leather hook-up for world-famous fashion house Hermes. His fabrics have graced the catwalks of Paris fashion week for years, and while there are plenty of other suppliers whose wares come close, none quite match up to the quality of authentic Hyogo leather.

The Ichi River trickles down Hyogo’s vertiginous highlands, meanders around the moats of Himeji Castle before finally flowing into the Harima-Nada Sea. But before it reaches its final destination, it takes a detour past the Daisho Leather Factory, where it plays a crucial part in making one of the fashion world’s most covetable materials. 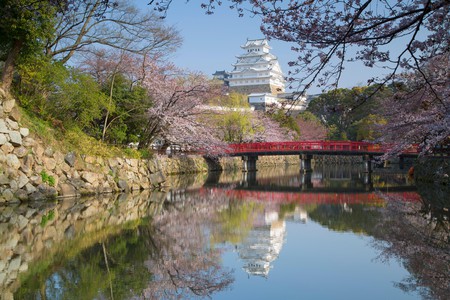 “Leather goods were being produced in this area over 1,500 years ago,” CEO Ogaki Masamichi says while strolling around the factory floor, weaving through waist-high piles of horsehide. This ancient leather recipe has made an accidental celebrity out of Masamichi. “They know if they come to me, it’s the real deal,” he says proudly.

What’s so special about Hyogo leather?

For as long as Hyogo leather has existed, it has been produced in Kobe, the capital of Hyogo prefecture. Masamichi explains that one of the reasons it originated here was due to the unique qualities of the neighbouring Ichikawa River.

European tanners typically resort to using harsh chemicals, but Masamichi defers this process to the soft waters of the Ichi River. The river is home to a unique ecosystem of bacteria that is key to producing white leather. “It is the most natural way of leather production,” he says. “Japan can produce white leather, but in Europe, they can’t.”

While other leather suppliers typically use cow hides, Masamichi makes leather from Japanese horses. But they’re not bred for that purpose. “Sometimes they’re racehorses or old horses” he clarifies. “Once the horse passes away then we use the leather from the horses.” But while Daisho Leather’s modus operandi is the treatment of horse hide, they’re no one-trick pony.

“In Japan, boars are considered pests to the environment, so now we are allowed to use them for our products,” he says showing off a hardy piece of thick wild boar skin, which will most likely be formed into a robust wallet. “It’s a common leather we use,”

When quizzed about the most unique animal he’s made leather from he laughs. “Hmm, ostrich,” he replies pulling out his iPhone case made from thick, cragged shiny black leather. “This piece is from the bottom of the ostrich and the legs.” 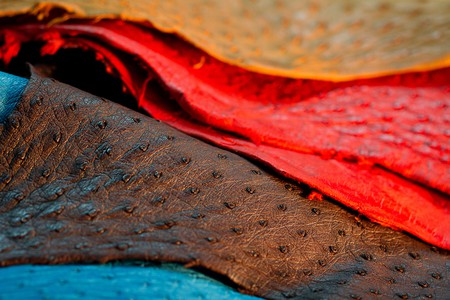 One of his more unusual products is the No! No! Mosquito – a natural leather-made mosquito repellent, which is coated in sap extracted from a tree found in Aomori. “I think it’s so important to use all the parts of an animal.” Masamichi says. “If you’re using it for leather, you have to think of the life of the animal.”

For the leathers produced by Masamichi, life after death might be in France, Rome or London. They usually pass through the hands of designers working in high fashion. “Hermes and Louis Vuitton have reached out and praised the quality of our work,” he says with a wry smile.

“Many designers do come from Europe to Hyogo to meet with us.” And this is one of the best parts of the job. “I love that I can meet so many different people, I get to produce new items that have never been shown to the world.”

Masamichi is the third generation of his family to take over the Daisho Leather Factory. But judging by his enthusiasm, you’d think it was his first day on the job.

“Sure maybe the girls on the street don’t care whether or not I am a tanner,” he laughs. “But the people of the fashion houses care, the people who know about what I’m making. That’s what is so special.”

How to get to Hyogo and what else to see

The best way to get to Daisho and the heart of Hyogo’s leather scene via Osaka Station is by taking the Tokaido-Sanyo Line to Nishi-Akashi and getting off at Shin-Nagata Station. The journey takes about 45 minutes.

While in the area, consider paying a visit to the neighbouring city of Akashi, a laid-back local town just 15 to 20 minutes away by train. Located along the Seto Inland Sea the small castle town has incredible ocean views and is known for its unique take on Osaka’s famous takoyaki (dumplings), known as akashiyaki.